A full field of 16 will line up in the Group 1 South Australian Derby and Tim Geers has previewed the chances of every runner. 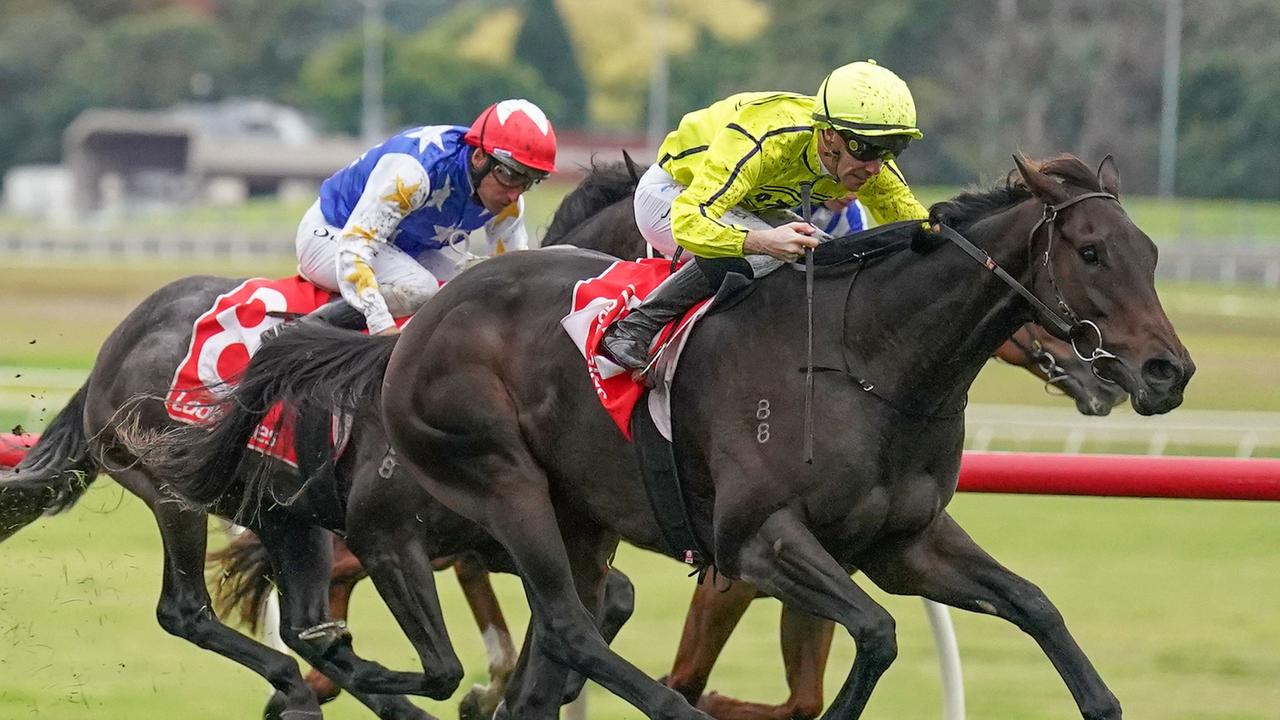 The Group 1 South Australian Derby headlines the card at Morphettville on Saturday for the third week of the Adelaide racing carnival.

We have a full field of 16 set to line up over the staying trip of 2500m and Tim Geers has previewed the chances of every runner.

Find his analysis, tips and betting strategy below!

Looks one of the class runners of the field. Ran 3rd in the Group 1 Australian Derby two starts back behind Hitotsu, before going to Melbourne over the 2800m of the St Leger and winning well as expected. Drops back to 2500m here but he’s a genuine stayer and can handle all conditions. Looks an obvious winning hope.

Good win first up in the Mornington Guineas (on protest) before an OK run second up from a wide gate. Then came from well back in the field to storm home over the top in the Chairman’s Stakes here last start, which has been a reliable form reference for this race in the past. Might improve again with the step up to 2500m and looks a major player.

Going well and has to be included at $19. Should have finished closer first up when held up, and his past two runs have been very good. Has to improve to turn the tables on Detonator Jack and Jungle Magnate from previous outings but stable did win the Oaks and can be included in exotics.

Put together two dominant wins by a combined 8.5L before an enormous run in defeat in the Chairman’s Stakes last start, where he started $2.50 but was beaten by the barrier. Now draws better in 11 which should allow him to settle a pair or two closer and the trip doesn’t seem to be something that’s going to stop him. Has been up for a long time with this being his ninth run of the campaign.

Unbeaten in three career starts to date for the powerful Maher/Eustace stable, who just seem to keep these horses improving with each start. Comes off a dominant win over 2100m at Sandown on soft ground and the way he finished that off suggests the 2500m will be no problem. This stable are just freaks with these young stayers and despite the horror draw, it would take a very good one to beat him.

Good in defeat when beaten 1.5L by Detonator Jack two starts ago at Sandown, and then started $4.80 when failing on the heavy ground behind Witchachar Star last start, who then went on to win the Warrnambool Cup. Not hopeless at huge odds.

Put two wins together before starting $5 last start when dropping out to be beaten 21L in the Chairman’s Stakes. Have to respect that SP but hard to trust on that last run. Gets a stack of gear changes but a horror draw.

Good effort to run 3rd in the Chairman’s Stakes last start but hard to see him turning the tables on Jungle Magnate and Harleymoven, especially from the draw.

Good start to his career with three wins from six starts but comes off a 0.1L victory in a lowly BM64 over 2200m at Geelong in a five-horse field. Hard to make a case for here.

Wasn’t disgraced behind Detonator Jack over a mile three starts ago, and followed that with a win at Sale where he and the 2nd horse pulled 6L clear of the 3rd horse. Good last start at Caulfield over 2000m when working home strongly from back in the field. A good run wouldn’t surprise me here.

Bolted in first up on heavy ground at Warrnambool but failed to replicate that last start when beaten nearly 9L. Hard to have.

Genuine stayer who was strong from the front last start in a much easier race. Drawn very wide here so probably rolls forward again but appears outclassed.

Won a 2000m race at Kilmore two starts ago before being outclassed in the five-horse race won by Water Into Wine. Hard to make a case for.

Broke the maiden first up at Cranbourne before a sound effort behind Jungle Magnate in the Chairman’s Stakes last start. Hard to see him turning the tables.

The WA Oaks winner dropped back from 2400m to 2000m for the SA Oaks a fortnight ago but got way too far back and ultimately found the trip a bit sharp. Back up to 2500m suits her better but probably doesn’t have the class to feature.

Unconventional prep for an SA Derby. Had his first five starts in New Zealand before making his Australian debut over 2000m in a Class 2 at Mornington, won by Claidheamh Mor. Gets blinkers on now and needs to improve to figure here, but this stable are capable of producing freakish results.

This race has a long tail. Hard to look past (5) Detonator Jack here. He’s unbeaten to date and the Maher/Eustace team have a knack of keeping these young horses improving with every run they have. Will have to be good from the barrier, but think he’s good enough. (1) Alegron has class on his side and gets a low draw. If he gets first run on Detonator Jack, he’ll give him something to run down. (5) Harleymoven is the one who could cause an upset after an enormous run in defeat in the Chairman’s Stakes. (3) Jungle Magnate next best.