Tim Geers takes a look at the chances of every runner in Saturday’s Group 1 at Eagle Farm. 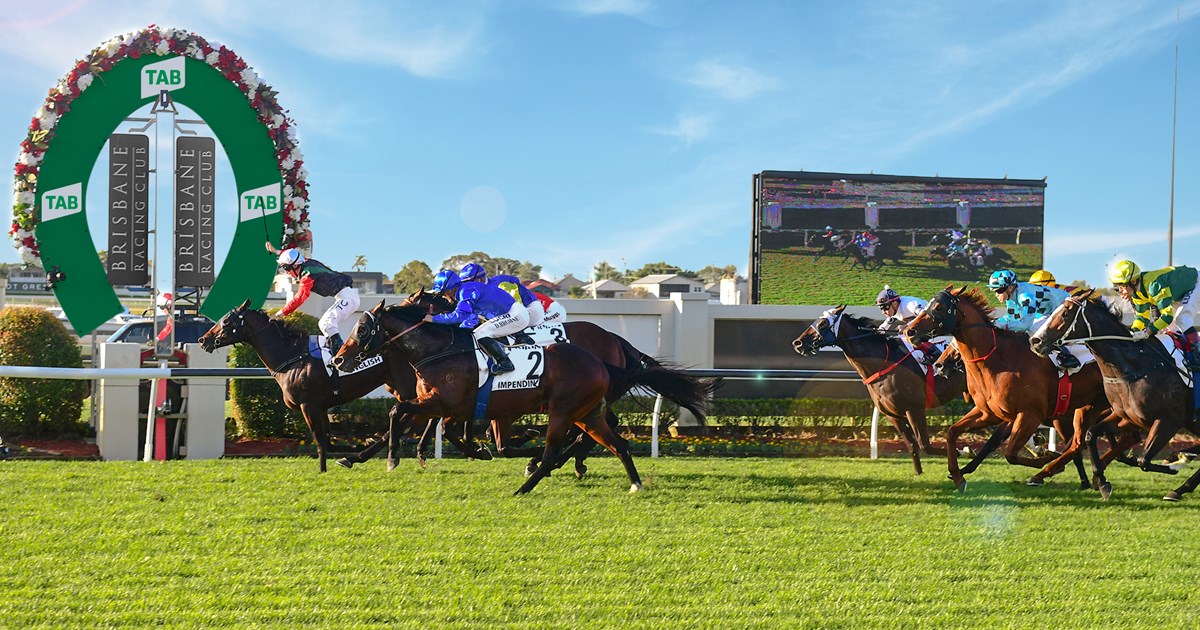 The first Group 1 of the Brisbane Winter Racing carnival is the Doomben 10,000, which has had a change of venue in 2022 due to the inclement weather.

The $1million feature sprint will now be run at Eagle Farm and sees a field of 15 take their place over the 1200m.

Tim Geers gives his thoughts on every runner in his preview below!

Super return first up in the Group 3 Hall Mark Stakes. Would have been a good thing beat if he didn’t get clear but Nash Rawiller forced his way through a non-existent gap to get him home. The struggle for Kementari has been his ability to string wins together. He won his first two starts and since then, has never won consecutive races.

Was a very good run in this race last year, but was third up on that occasion and coming off a good run in the Victory Stakes. He then went on to win the Kingsford-Smith Cup before running 2nd in the Stradbroke. That was followed by a 46-week spell and he’s only run once since, with a disappointing effort first up in the Victory Stakes behind Count De Rupee. His record suggests he will improve sharply with a run under his belt, but he’d need to.

Has returned to form in recent starts after two poor efforts to open his campaign. Got the gun run and did enough to win the Victory Stakes here last start. Handles all going so the conditions won’t be a worry and he has a phenomenal record at the distance. Should run well from the good draw.

Slightly disappointing first up here over 1000m, where the start proved costly. Wasn’t able to find the front as he normally does there so expect if he jumps cleanly here they’ll be more positive. Has a tremendous second up record with three wins and a 2nd from four starts, and has four wins from six starts on soft ground.

Disappointing first up in the Victory Stakes when only 5th as an even-money favourite. He’ll probably improve fitness-wise off that run but the jury is well and truly out on him. Looks to have never recovered fully from the injury he sustained in the Golden Rose.

The fairytale is over for Shelby Sixtysix, who has struggled since his win in the Group 1 The Galaxy. He was brave in the TJ Smith when pulling up 3/5 lame, had excuses when wide throughout at Caulfield, but pulled up 3/5 lame again last start when finishing 12th at Gosford. Now comes here on the quick back-up?

Ordinary first up in the Hareeba Stakes at Mornington, and didn’t handle the wet track at Randwick last start. Ready to peak third up but needs a dry surface and doesn’t look to be going well enough.

Only fair first up in the Victory Stakes. Does have a decent second up record and handles soft going, so from a good draw he could improve, but would need to. Has a great record at the 1200m with five wins and four placings from 14 starts.

The more I look at this race, the more I think he’s exceptionally hard to beat. He’s undefeated in four starts since his gelding operation and all four have been on rain-affected tracks. He’s won three times (including his past two) over 1200m, and comfortably handled Paulele and In The Congo last start. The Snowden stable were the last ones to win this race with a 3YO when Epaulette was victorious in 2013.

Was sound in the Group 1 TJ Smith Stakes two starts ago before finishing 3rd in a field of four behind Mazu last start. Don’t think he loved the Heavy 10 track that day, so on a firmer surface here, he’s definitely capable of making things interesting. Gets JMac on and a good draw, double figures appeals.

Hasn’t done much wrong in eight career starts. His 4th placing last start behind September Run in the Group 1 William Reid Stakes was the first time he’s finished out of the placings. Handles all going so conditions aren’t a worry and Jamie Kah sticks. The visors go on for the first time. He can be competitive but might bump into one or two better.

Trialled well leading into his first up run but didn’t fire, however did have a laceration and lost a plate in the race. Undefeated in two starts at this track and distance but they were as a 2YO. Happy to risk.

The Kiwi mare adds quite a bit of interest to this race. She’s unbeaten first up from a spell from three attempts, has six wins from eight starts at the distance and three wins from four starts on rain-affected ground. Draws the carpark which doesn’t help but expect her to run a very good race here. Only query is she only really has form around the fillies and mares in her Australian starts.

Very well-fancied first up in the Group 1 The Galaxy, but was beaten nearly 10L when finishing second-last. Perhaps didn’t handle the Heavy 10 on the day, and did sit three-wide the trip so had excuses. If the track is in the soft range or better, I’d expect her to improve sharply and she can definitely be included in the numbers at double figure odds.

Had excuses first up in the Group 1 Oakleigh Plate, but was only ordinary in the Sapphire Stakes last start. Perhaps didn’t handle the Heavy 10 track but would need to improve quite sharply here. Does get the blinkers back on.

Pretty confident (9) Mazu is the horse to beat here and wins, keeping intact his unbeaten record as a gelding. (10) Paulele can improve on a firmer surface and his run in the TJ Smith two starts ago would see him very competitive at a decent quote. (13) Entriviere and (14) Isotope are two mares that can feature in the finish.