Tim Geers previews all nine races on the card at Belmont on Wednesday, with his best bet coming up in the last. 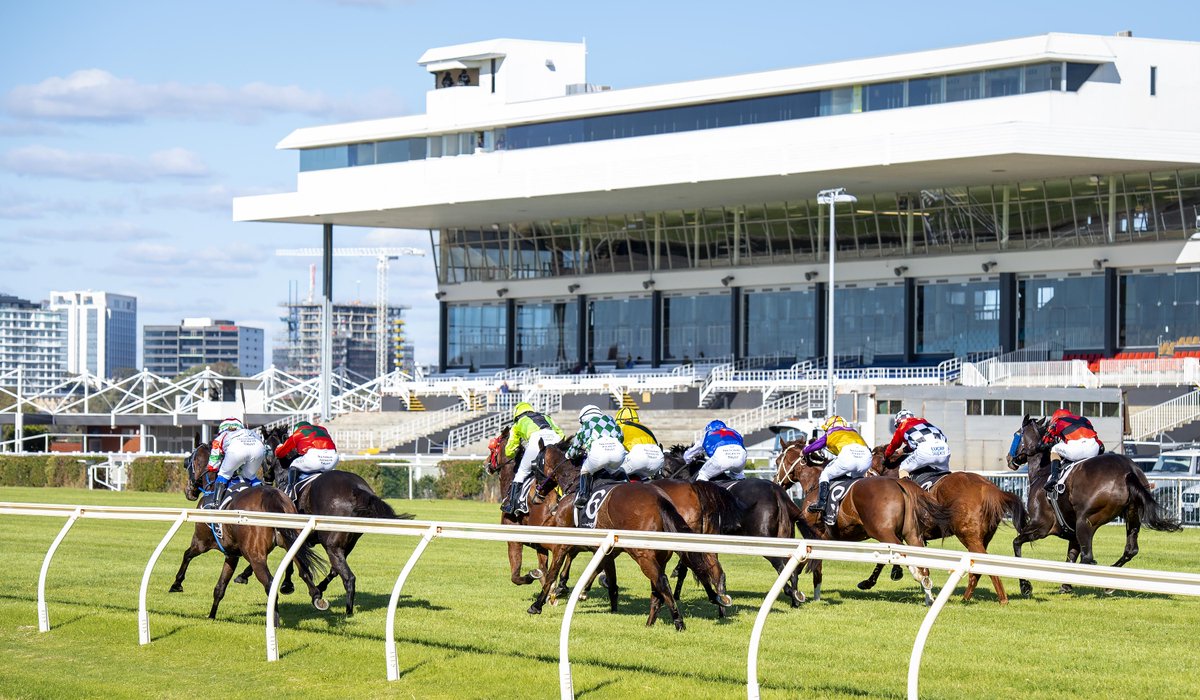 Midweek racing in Western Australia takes place with a nine-race card at Belmont on Wednesday afternoon.

The track is currently rated a Soft 6 with the rail out 11m the entire circuit.

Find his preview and betting tips below.

Looks a race in two here but the $1.65 for (3) Forty Niner is far too short for me to be taking, and I don’t want to back anything to beat it. The logical danger looks to be (1) Choice Bid who is now third up and comes here on the quick back-up from last week, but happy to sit back and watch them go around.

Another one I’ll be happy to sit out of. If pressed, I’d be keen on taking on the favourite here. I could make a genuine case for four of its five opponents here and I can’t get Captain Sharmane as short as it is.

(1) Ghost Who Walks drops out of Saturday company back to a Wednesday No-Metro-Wins race. The form behind The Spruiker in particular reads very well.

(2) Cross Statement was good on debut, pulled up with cardiac arrythmia second up but bounced back in style last start, bolting in at Northam. If you ignore his second run where he had a legitimate excuse, the form looks OK.

(6) Memorable Miss has placed in her past two and did record a strong final 400m last start, so she may be nearing a win.

(7) Stella Fair comes off an easy win at Kalgoorlie last start but did sit three-wide the trip in a good race first up.

Looks to be a seriously long tail here and this will be our first betting race of the day.

(1) Bandalera Beau just needs a good ride and will be hard to beat. On debut he sat three-wide the trip when beaten less than 2L. He then won narrowly second up at Pinjarra, before being butchered last start. He was last and the apprentice decided to stick to the rail and then ran straight up backsides. Was held until about the 150m mark before switching out and running home well when it was all over. Barrier 4 today, needs to jump and if he can, he’ll be hard to hold out.

(2) Cheerful Moment creates plenty of interest on his Australian debut. He’s had two starts in New Zealand and now comes to WA first up with no trial for Lindsey Smith. Draws wide but will have something on with that scary set up.

(9) Vevinsky can show improvement at big odds today. Hasn’t done much in two starts, but didn’t get much clear running last start. Ran up backsides for the majority of the straight. Wasn’t exactly bolting but never really got a proper crack at them.

(3) Crypto Queen finds a nice race here. She won on debut at Pinjarra and has run two 2nds since then, both in 3YO No-Metro-Wins company. Now drops back to a Class 1, should jump and lead and be hard to run down.

(5) Mystic Love won well on debut at this track and distance back in September last year. Went on to race against some handy horses, including Real grace, Solaia and Hot Zed. Trialled well and should be competitive.

(4) Poker Face could cause some problems if she goes forward and pesters Crypto Queen, as she’s drawn to her outside. Comes off a good win at Pinjarra down the straight and has improved with each run, but that was her home track and I think this is harder.

Tough race, as most staying races in WA are.

(1) Free Solo broke his maiden two starts ago at Pinjarra but he was dreadful last start when stepped up to 1700m. That was a much stronger race than this, but he was gone a long way out and offered nil. Up to 2200m now, if he brought his best he’d be hard to beat, but he’s a hard horse to trust.

(3) Crossaro is racing better than what his form might read. Three starts ago he was good behind Lady Duckworth. He then bumped into Baranova and Juliette, who have since come out and run the quinella at their next start. Last start, he had the 3kg apprentice on, who sat last from the wide gate and made ground through the field. Now Pike goes on, he finds a suitable race and looks the one to beat.

(6) Velvet Room can be the value at $9.50. I had something on her last start but the apprentice took off mid-race from last to sit three-wide outside the leaders. Fair to say, the work told and she faded out. Senior jockey on today, drawn low, can improve.

(5) Completed was a good run last start but he only has one win to his name from 21 starts.

This could be interesting to watch, as we have apprentices on three horses in the market.

Pike sticks with the Fred Kersley-trained (6) Beanie who comes off a good first up run at Northam. Has a decent record here at Belmont and finds a winnable race. Happy to back the best jockey against the apprentices.

The other horse I’ll be on is (8) Little Flirt who also ran well first up. Draws the inside again for Kyra Yuill and she’s another that has a good record at Belmont, especially over this distance. Also goes well on soft ground.

(2) Belle Of Liberty did a good job first up in Kalgoorlie after sitting three-wide the trip. Has won second up before, has finished in the top two at four of her five starts on soft ground, goes well at Belmont and draws nicely in 3. Should be hard to beat.

(6) Bourbon Beau gets the blinkers back on second up today after an ordinary first up run. I was keen on him there and he’s much better than that. If the blinkers sharpen him back up, he can lead and win this.

(3) Patrocity is a deadest wet tracker. He wasn’t far off Amasenus first up in a much harder race and he gets conditions to suit here with the wet deck, so expect him to give this a shake. I’d be keen to back him if $2.00 the place was on offer but we’re currently getting about $1.70.

Be keen to take on the favourite (2) Prince Devoutly here at the odds. He showed plenty as a younger horse but he then had 67 weeks off the track and when he returned last prep, he wasn’t as good. Hard to know hoe he’s come up this time but the wide barrier with the 3kg apprentice on is a tough task.

(11) Rocky Path loves it here at Belmont, with six placings from 10 starts, including two wins from three starts at the distance. Won well first up in this grade and can win again today. She ran clearly the best sectionals of the race so she would just have to repeat that to go close.

Pike goes on (9) Heels A Plenty, who he regularly rode in her first preparation. She’s already a winner in this grade so if she’s ready to go, she can win at each way odds.

(8) Sea War will improve from the first up run but has something to find to turn the tables on Rocky Path.

I made (5) Miss Maranta my best bet last start and I’m sticking with her again today. She’s absolutely flying and her run last start was enormous, and when you look at the sectionals it’s even better. She settled last from an awkward draw and made a looping move at the 800m. Her sectionals from the 1000m to the 400m were the fastest of the race. She ran the second-fastest split from the 400m to the 200m, and the second-fastest final 200m. When you consider the work she did before the final 200m, it’s amazing to think she was one of only two horses to break 12 seconds for the final furlong. Better draw today, likely to be back again, but she’s a terrific each way bet.

(6) All In Red comes to town from Geraldton. Was last seen running home strongly in a Westspeed Platinum race on a Saturday. Great record at the distance, query on the wet ground, but has to be included.

(4) Cristal Dane is flying and can win again with any luck from the draw, while (8) Spookwood has returned in terrific form this prep.