Tim Geers and Trent Crebbin highlight all of their horses to follow and sack from the weekend’s racing at Flemington, Randwick and Belmont. 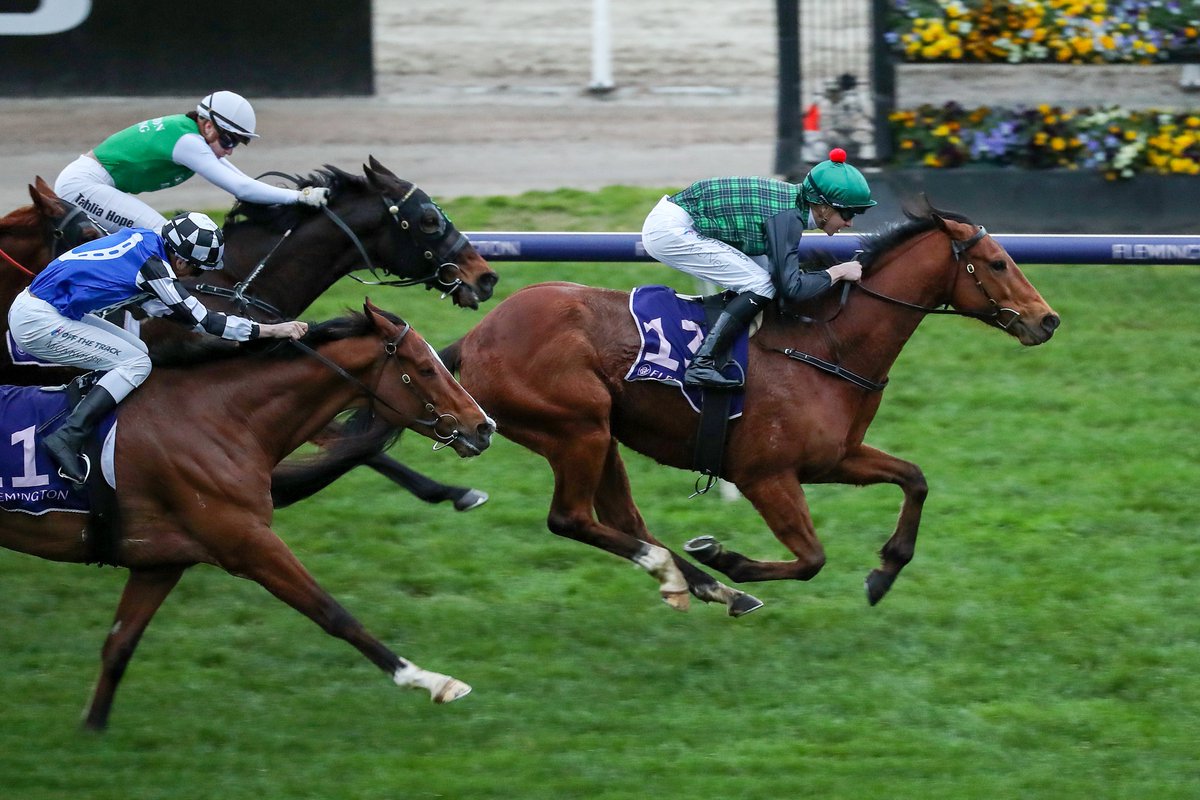 It was another case of ‘best bet in the last’ for Trent Crebbin at Flemington on Saturday, with lightly-raced 6YO Di’Aguilar taking his record to four wins from six starts.

In Sydney, Tim Geers played things conservatively at Randwick in what is typically a tricky few weeks to start the new season. The feature was taken out by the race-fit and in-form Phobetor, with the heavily-backed class runner Kolding disappointing.

At Belmont, it was a minor upset in the Ngawyni Stakes, which was taken out by the returning That’s Funny Az, but he wasn’t the only first up winner that caught the eye.

Find the review of Flemington, Randwick and Belmont below, with horses to follow and those to avoid going forward.

Turaath (R4) – I did highlight in my preview that the difference between these midweek bm64 mares and the Saturday ~bm78/84 mares is not that different, and Turaath proved that and then some. She was coming off a good win on a heavy track at Sandown but went to another level her, sitting on a fast speed and dominating her rivals. Beat some solid mares and looks capable of progressing to listed grade.

Oxley Road (R5) – Drew barrier 1 which was probably a negative and led the inside division, and the race, for 1050m of this race before Miss Albania really surged late on the grandstand side. The market didn’t like him at all but of that inside group, the next horse to finish was Simply Optimistic who ran 8th. That bodes well going forward and with the topweight there I think he’s come back very well.

Durston (R7) – Import for the Maher/Eustace yard and they wasted no time running him first up at 2000m behind Hosier where he got back to 2nd last and ran the 2nd fastest last 600m of the race to finish 4th in a very pleasing effort. Group 3 placed over 2600m+, he’ll only get better the further they go.

Mankayan (R9) – Will be in absolutely everyone’s blackbook and rightly so. This was a huge run first up in Australia over 1600m which is easily short of his best. He got back and was still a mile off them around the turn but flew home for 2nd to a fairly handy horse in D’aguilar who won well. Might be a Caulfield Cup contender if he can win his way in through a race like The Naturalism over 2000m, which he’d need to do because his rating is only 76.

D'aguilar goes BANG in the last! 🔥

Abseiler (R3) – I think he won a very average 2yo race on debut down the straight beating Telluride, and as a new season 3yo it was an interesting move to place him against the older horses but he’s done absolutely nothing beaten 6 lengths. Won’t measure up in any group level 3yo races whatsoever.

Lindhout (R4) – I’m over her. She wasn’t suited again by the fast pace, but she just needs too much to go her way. She needs an even tempo, a wide draw, a senior jockey and a good ride in every race, and with her SP profile that just isn’t profitable. Pulled up with a slow recovery so probably spells and I’ll be glad to see her out of these races for a while.

Banquo (R8) – Every chance again here and has shirked the task set by the infinitely tougher The Astrologist. Don’t think this race is much good outside the winner who is a solid group 3, maybe group 2 horse.

Eight Diamonds (R6) – Much improved performance from this 4YO mare, who is getting better with each start. She overraced and sat wide last start, and she had to come from back in the field again this week, but she settled much better and ran home well. Just found a couple stronger late in the race but if they draw a gate with her, a win is near.

Kingsheir (R10) – I thought he would win but I was a little bit wary after his trials, where he was ridden very quietly on both occasions. But he put that worry to bed was ready to go on with an impressive win to close out the day. He should be hard to beat wherever he goes next and is one to follow this Spring.

Stellar Pauline (R6) – She’s never far away but she never wins either. Got a dream run on the weekend but failed to run in the money. Her winning record now stands at two from 18 and she’s just unbackable at single figure odds.

Riodini (R7) – I will say I think he’s looking for further than 1200m/1400m, and it was an odd move to resume over 1400m and then drop back to 1200m given his best runs were over the mile last prep. With that said, he’s looked a shadow of the horse we saw run 3rd in an Epsom Handicap. He’s been well beaten in both starts this prep. Back to the drawing board for GaiBott.

Enfleurage (R9) – Could well improve significantly with that run under the belt, and it’s not easy to sit outside the leader when you resume from such a long spell, but they had her forward enough off three trials, and the intent was there for her to win. She just didn’t show much at all when the pressure went on.

My Fury/The Front Bar (R3) – Super return from My Fury, who got going late to run 3rd. The stable thought enough of her to line her up in G3 company at just her second start in a race, so clearly she’s got some talent. The winner The Front Bar mowed them all down from an almost impossible position at the 200m. Pike took a long time to get him off heels to the outside but once he did, he let down powerfully to score in the final stride.

Kaptain Kaos (R7) – What a brilliant return to racing this was! First up with no trial and gate 11 proved no issue for the Michael Grantham-trained 4YO, who recorded the third-fastest final 200m of the meeting in winning. That takes his record to four wins from eight starts and you’d think he will improve quite a lot off that run, which is scary. Follow with confidence.

Darren McAuliffe stable –  A bit of a left field inclusion this week, as I’m tipping the Darren McAuliffe stable to be one to follow in the next month or more. They went through a very lean period in June and July, with zero winners and just one minor placing from 23 starters. He was pretty open about that and the reasons why, however, he’s already had one winner and three minor placings from his six runners in August. Look back to this time last year, and the stable had seven winners and seven placings from 23 runners in September, with a 31% strike rate and a positive ROI of 11%. Time to follow.

Aberdeen Queen (R4) – I’m sacking the horse that ran the fastest final 200m of her race on Saturday. She’s actually a favourite of mine but she’s now gone down at odds of $4.20, $3.30, $2.50, $3.80 and $9.50 since her first up win this prep. Coincidentally, that win was the only time she’s been put into the race (despite her sitting three-wide the trip). Sine then, she’s settled last, 9th, 9th, 9th and last. I’d love for her to be ridden positively again, but I can’t see that happening. Maybe wait for her to go for a spell and resume.

Silkinize (R5) – Been nine starts and over a year now since his last win, and after the weekend’s effort I doubt he’ll be starting $2.10 again any time soon.