Tim Geers and Trent Crebbin review the weekend’s action at Ipswich and Flemington, with their list of horses to follow and sack below. 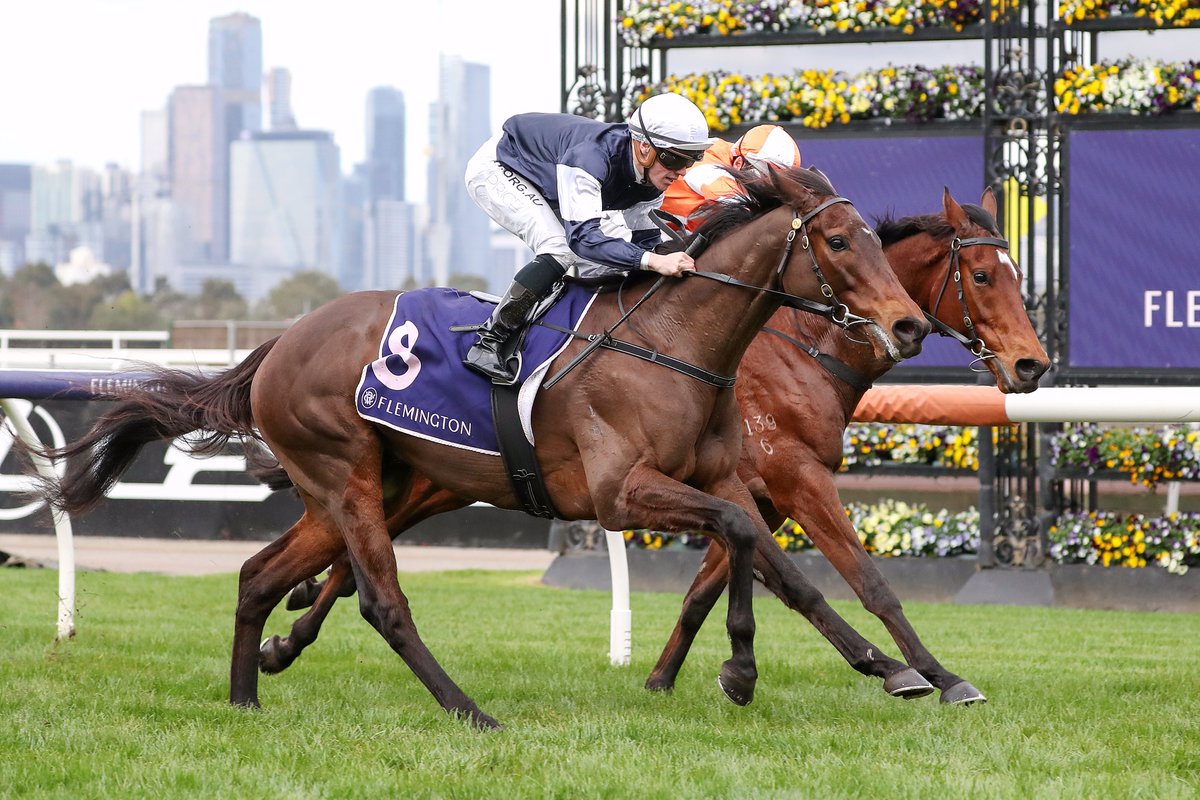 Queensland’s feature meeting took place at Ipswich on Saturday, where the Cup was taken out by roughie Happy Go Plucky, while the super-promising Incentivise posted another huge winning margin. The emerging stayer has now won his past three starts by a combined 25.8L.

The horse that won the Cup was beaten 9L by Incentivise last start, with three runners in the day’s feature subsequently making this week’s sack file, including one that was in the list of horses to follow last week!

At Flemington, it was all about the imports, with former Irish galloper Degraves winning on Australian debut, while Dice Roll made it three from three since arriving on Australian soil, having formerly raced in France and Hong Kong.

There’s plenty of runners on this week’s follow and sack lists, so check out the review from Tim Geers and Trent Crebbin below.

Indispensable (R2) – Has had two starts in Queensland for the new stable and is bursting to win a race. Was backed as if unbeatable two back but couldn’t run down the tearaway leader, and sat three-wide the trip behind Prospectus on Saturday. Unlikely to get much of a price next start but he’s due a win.

Triple Arrow (R4) – Has had two starts for the Bellamy camp now and both have been very good. Won first up and then ran 3rd on Saturday, where he finished off strongly. Not sure how that provincial race form will hold up but he’s going well.

Dzsenifer (R5) – Terrific return by Dzsenifer in a race that is likely to prove a very strong form reference in Queensland. She’s a horse that’s likely to produce her best form when she gets up to the mile so her effort behind the likes of Palaisipan and Palladas was very good. Can be followed with confidence. Palladas should have won the race without a shadow of a doubt and will be hard to beat again next start, while Our Playboy sat wide throughout and fought on well. If he can find a wet track somewhere, he’s ready to win.

Desert Lord (R6) – The best bet of the day won fairly arrogantly and Ryan Maloney rode him like a good thing. He got speared very wide on the turn but it mattered not, picking them up easily in the straight. Will be short again next start but can keep winning.

Desert Lord found himself wide on the turn but was far too good!@RMaloney_Jockey & @vandykeracing13 team up to take out the opening leg of the quaddie at @IpswichTurfClub pic.twitter.com/eWwHXyqxrP

Laure Me In (R7) – The only time you can ever back this horse is second up from a spell. He’s had six starts when second up for three wins and two 2nds, but other than that he just doesn’t fire all that often. Been ordinary in two runs for the new stable since winning.

Humbolt Current (R7) – Was well backed in the Cup on the weekend but didn’t land a blow. I’m sure he’ll find another race he can win somewhere along the line but for now he can take a seat on the bench.

Boomtown Lass (R9) – A bit like Laure Me In, the best time to back her is fresh. Her first up record is outstanding, never finishing out of the top two from seven attempts. Her second up record isn’t anywhere near as good, and nor is her third up record. She ran well below market expectations on the weekend and her profile suggests she will probably be well found in the market again next start. Happy to let her go.

Toff Love (R3) – This SA raider had no luck over the 1000m and should’ve gone close to winning with clear air. I think he’s suited down the straight and at 1100m and can be hard to beat next start.

Degraves (R5) – He nearly lost it in the stewards’ room but the money was there to suggest this import was going to be exceptionally hard to beat and it was spot on. Will Price gave him a lovely ride, tagging Kurabui everywhere and if he doesn’t lay in badly he probably wins by 2L. Should continue to progress through the grades and potentially try and win a race like the Naturalism in the Spring to get into the Caulfield Cup.

Winning Australian debut for Camelot 4yo DEGRAVES at @FlemingtonVRC

Sir Davy (R7) – Probably the unluckiest runner on the meeting. It was a bunched finish and he never got a crack at them, going to the line untested. He’s got stacks of upside and I think he’ll get over 1600m in the future.

Dice Roll (R8) – Got a lovely run but I loved his last 100m and work through the line, coming away from them nicely. His last 200m was the meeting’s fastest and given he was 7 weeks between runs coming into this he looks awfully hard to beat in the Winter Final over 1600m.

Furrion (R8) – Thought he hit the line quite well first up and will be better over further. Perhaps something wasn’t right last prep as he never fired but he can be a country cups contender this prep based off that run.

Fanciful Toff (R2) – Last few have been very poor runs and she keeps pulling up with post race issues. Now with Matt Cumani, I think she might have some problems and would want to see the stable rectify them before thinking about backing her.

Bless Her (R9) – She was okay first up but poor here on her favoured track conditions. She was firing last prep and beating an even group of fillies and mares but up against the boys with the new stable she’s not up to them I don’t think.