New Year’s Eve at The Valley and Trent Crebbin has previewed every race. 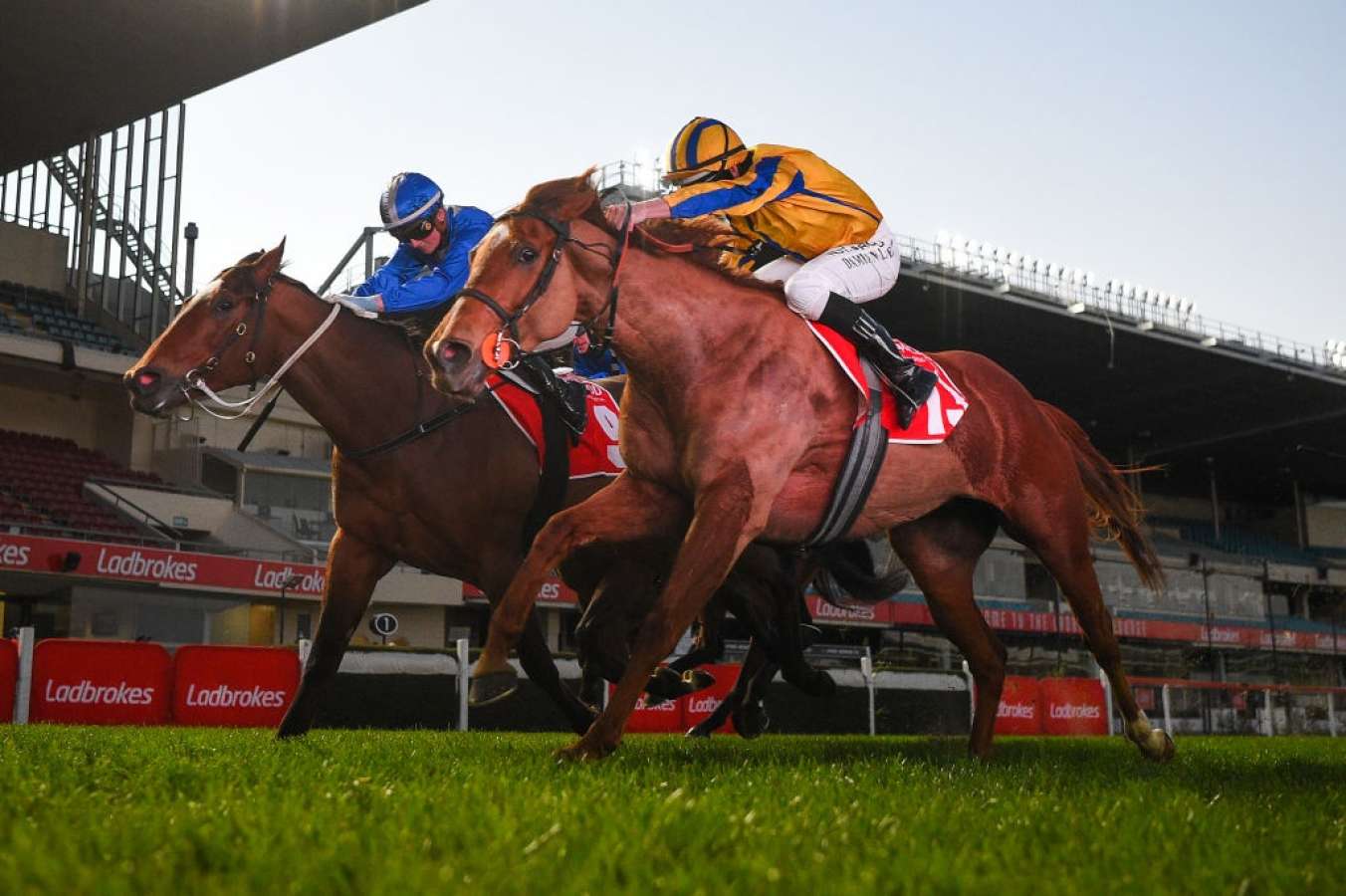 Trent Crebbin is covering the last meeting of the year and his best bet comes up in Race 5.

The track is rated a good 4 and the rail is out 4 metres.

(7) The Globe has been consistent without winning all prep, the latest two runs resulting in narrow defeats to subsequent winners, including last week’s Caulfield bm70 winner Jezoluenko. Drawn barrier 2, she’ll be right there on speed and Olly taking the ride doesn’t hurt either.

(1) Lord Paramount comes here first up off a strong jumpout win. He was ridden out but extended nicely. The 1000m might be on the sharp side although he did run well on a heavy track over 1100m on debut in NSW before leading over 1400m at Caulfield.

(5) Meschever the pick of the debutants off a nice jumpout win at Flemington.

(3) First Platoon had to go back from the wide gate first up but hit the line very well out wide for 2nd in a race which the leader won. He draws better here and if he can settle closer will be hard to beat.

(2) Daytona Bay will likely get a fair bit further than 1200m but has jumped out well for his debut. The Moody camp is going very well at the moment, striking at 28% for their last 50, including a couple of debutants in town.

(6) Endlessly has had a few chances but continues to race well. She brings strong maiden form and with early luck in running will be hard to beat.

(11) Savonia next best off a forgivable run last start when wide.

Tricky 3000m race. (1) Guns Ablazing won one of these last start, partly due to an outstanding Olly ride, edging off the leader’s back at the 250m mark and driving through to win. He’s up in weight but is racing well.

(8) Lindelani was very good in the same race, looping the field and finishing strongly over the last 100m. She meets Guns Ablazing 2.5kg better at the weights for a 1L defeat.

(3) Saving had to work early in that race and was no match late at $2.50. His win three back at this T/D over Tigertiger was dominant when able to dictate. If he can find the front easily he’ll be hard to run down.

Fairly thin race. (4) Delightful Journey should find the front easily. The horse seemed to bolt last start and went out at a crazy tempo eyeballing the $2.40 favourite, with both leaders beaten a long way. Drawn barrier 2 with Teo on here expect him to get the lead and rails to himself which may be advantageous.

(2) Marcolt is the one to beat after hitting the line very well for 2nd first up over an unsuitable 1400m at Geelong. Whether he can settle closer here I’m not sure given he was a back marker at 2000m last prep in that awful winter staying series. He’s better than a class 1 horse though.

(3) Alverdun finally broke through last start at this T/D when getting the gun run. He’s drawn a bit awkwardly but will go forward and try to land on speed.

Happy to side with (3) Spooning 2nd up. She was a bit drifter in betting first up ($4-8.50) but hit the line fairly well to only be beaten 2L in a slowly run race. 2nd up last prep she ran 3rd to Cherry Tortoni in Adelaide, beating home Agreeable. She’s better than bm64 grade.

(8) Mostly Sunny races well here and can roll forward. She was a touch outclassed against the boys in a bm70 at Flemington last start but the start prior was good at this T/D.

(2) Just Stellar led last start which made all the difference, winning easily over this T/D at $21. She ran last the start prior with Mostly Sunny lengths ahead of her, but perhaps with the tactics changes she can improve.

(9) Pitchanun is racing well and was only just beaten by subsequent Caulfield winner Daqiansweet Junior two back which reads well.

(2) Pravro should’ve gone very close to winning first up when well backed, given a poor ride. Last start he was never on the track from a wide gate, beaten 2.9L. Jockey switch, kinder barrier, $35, I’m not losing on him again.

(8) Aminatu started $41 last start which in hindsight was ridiculous given he started $2.15 first up and had post race issues. It was a good win over this T/D and he maps for a soft run behind the speed from barrier 4.

Scratchings have taken a toll. Backing Animuato and Pravro, and (6) Reward With Return is the other that is still big odds who can be included. Had his chance last start but ran very well and is usually thereabouts in these races.

Surely tonight is the night for (5) Rock Tycoon who has been desperately unlucky his last two, 3 wide no cover two back before a bad check cost him the race last start at this T/D. He maps for a decent run behind the speed and whilst we’re not getting $17 this time, it does look a slightly easier race on paper.

(2) Joltin’ Joe was good late last start at Flemington and is generally very consistent. He’ll get back from the barrier but this is easier.

(16) Mckeever is going okay and with luck from the inside will be thereabouts.

(12) Cherrypick was no match for Our Heidi first up but atoned with a nice win last start at Cranbourne. She’s still got upside and probably lands leader’s back from barrier 2.

Another race decimated by scratchings and no longer keen to bet.