Trent Crebbin previews every race at The Valley on Friday night with his best bet going around in the final event. 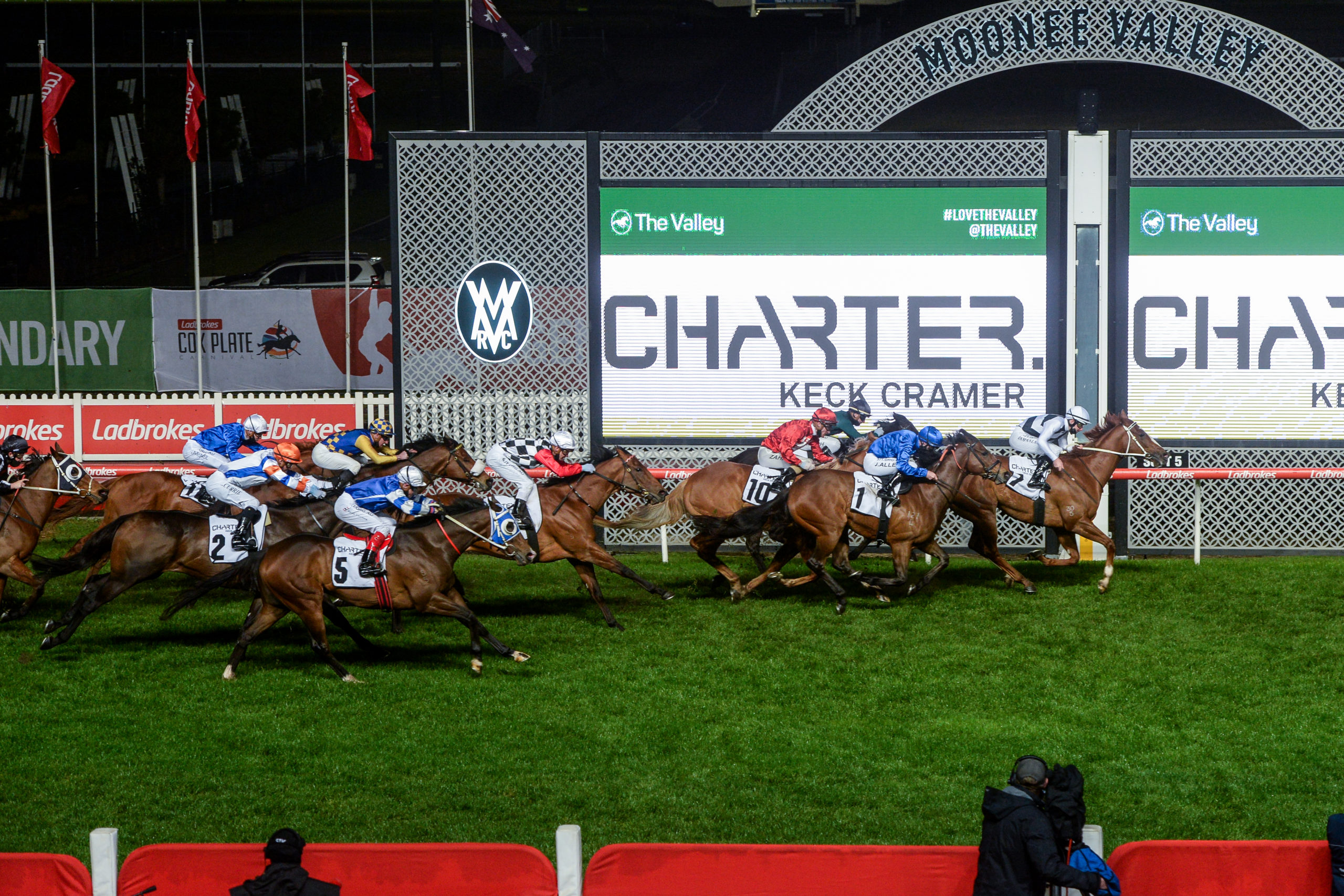 The track is rated a Good 4 with the rail out 5m the entire circuit.

Trent Crebbin has done the form for every race with his tips and best bets below.

Most of the field here on debut. (4) Cut To The Chase has jumped out well and gets the in form Luke Nolen aboard form a good gate.

(1) Astelena similarly has jumped out well under no riding and gets Lane on.

(2) Avoid Me looks quite fast off the jumpouts and might be able to lead these. Expect she’s in this for a long way.

Tough race. (6) Zoutellus is racing well but struggles to win with just the one career victory from sixteen starts. Not sure a mile is his go but he’ll get every chance again.

(2) Succeed Indeed is in a similar boat but just can’t crack another win. She loomed as the winner last start but peaked late. Not sure where she gets to on the map.

(1) Jaffastock should be fitter and appreciate the 1600m with Nash on board.

(5) Wordy is ready to win. 3rd up now off a very long spell, he stuck on well in a fast run race for the class last start and this doesn’t look much harder. He maps to land on speed and has a few less convictions that most of these.

(12) Aeecee Dolce has kept improving all prep and ran well here last start. She gets the senior rider on now and did finish 2nd to the favourite Angel Rock two back at Warrnambool.

(1) Angel Rock is racing very well and comes out of the strongest race behind Worthily. She settled closer there and from barrier 4 expect she can land midfield or better again out to 2040m for the first time. She meets Aeecee Dolce at the same weights after the claim.

(10) Zidler is ready to win 3rd up for Waller out of the same race behind Za’ex.

Quite keen on (3) Yulong Command who just loves The Valley as he’s a very quick horse who rails well. I think he has the early speed to kick up and hold the front from barrier 1 and his form this prep speaks for itself, having run 3rd to Enthaar in fast time three back.

(6) Capital Reign is an interesting one because he also looks very fast early having led 900m races in NSW. His narrow 2nd to Silent Impact first up is a strong bit of form, although he was a touch plain last start and has to come to The Valley for the first time and try to burn off Yulong Command.

This is a drop in class for (3) New Choice who should be ready to do something 3rd up. He went back last start but did run on well behind Nicolini Vito in a high rating bm78. His last 800m was the race fastest and he’s a much better horse when leading, which I think they’ll look to do here. 3kg claimer on, wide draw, surely they roll forward and try to run these into the ground.

(11) Zerelle has always had plenty of talent and returned with a strong win against the older horses, first up as a gelding. He can go on with it now and gets the blinkers on.

(6) Tradewind next best over from SA.

See no reason (2) Daiqansweet Junior won’t just win again. He’s coming off a strong win at this T/D in fast time last start, beating In A Twinkling who has since run 2nd in a Hobart Cup. My only query is coming out of a fast race to what could potentially be a slowly run race here, but he’s shown he’s adaptable off even tempos in his winning streak and he’s the horse on the up.

(4) Skelm was a touch plain last start but was 5 weeks between runs dropping back in trip from 2800m. Back up to 2500m now looks ideal.

(3) Rock Tycoon struggles to win but he is generally consistent here. His run last start behind Shotmaker was good and this looks easier. He maps for another soft run just behind the speed.

(4) Michigan won two in a row to start last prep before failing in a much harder race. Just the one soft jumpout for him first up.

(5) Eclipse Solar had no luck at Bendigo but will get back again in what looks a slowly run race.

(4) Elite Icon should be taking care of these. He ran very well on debut at Flemington in a fast run race as favourite before coming here and bolting in when leading all the way. He’ll be very hard to beat again but scratchings have put him well into the red now. $1.80 looks fair.

(13) Hesket was a deserved winner last start when sent straight to the front and bolting in. His run prior behind the very promising Arktika was rock solid on speed.

(9) Star Spirit has plenty of talent and looks ready to peak here.