Billy Bestford is back once again to preview every race today at Rosehill. His best bet comes up in the lucky last. 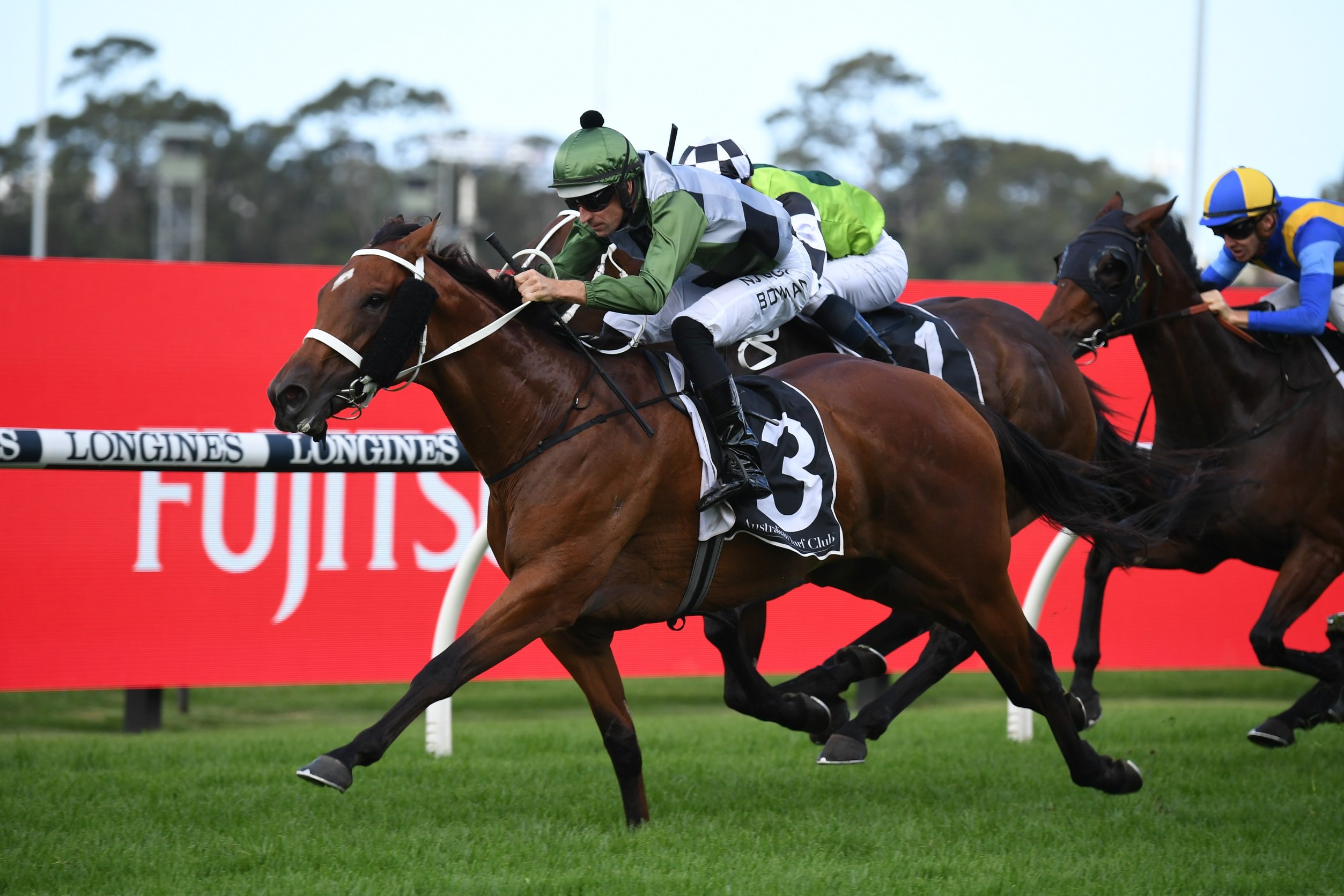 Racing this Wednesday heads to Rosehill for a seven race card.

It’s been reasonably fine weather this week and the track is currently rated a soft 6. The rail is out 6 metres the entire circuit.

As always Billy Bestford is here to preview every race today with his best bet coming up in Race 7.

For a different way to bet on racing today, why not check out tournament betting at SportChamps? You can compete against other punters, instead of against the bookies, for thousands of dollars in prize money every day! There’s also free entry contests to get you started. Click on the banner below to join today!

Five debutants and two having their second start make up this seven horse field. Plenty of unknowns.

(3) Calgary Stampede has looked the part at two trials, having run 3rd in both under his own steam. I’d expect he probably won’t have to be a superstar to win here and he draws nice and low for Berry.

(5) Waverider Buoy debuts for the ever-popular Jmac/Waller combo and has had one trial on a heavy track. Draws well in gate three and you’d think he will be right in the finish.

(11) Tavi L’amour on top for me in an open but very strong maiden. Started a short favourite first up at Newcastle but looked in need of the run. The debut performance was very good and I think she’ll enjoy stepping up in trip here today.

(9) Banana Queen went within a whisker of winning on debut. She’ll be all the better with that run under the belt and gets Nash on from the inside gate.

(6) Yagoone is one of the more experienced runners in this field with three career starts. Has improved at each outing and looks close to breaking through now.

(3) Adair finished a 0.5L 2nd to Captivare on debut and now gets Jmac on. Draws wide but can’t count him out.

Could still have missed the winner here.

There was plenty to like about the debut win of (11) Comrade Rosa who bolted in at Kembla Grange over this trip. That performance backed up some impressive trials leading in and I think this horse looks above average. Jmac takes over today and she looks good enough to handle this step up in grade and with even luck I expect her to be going close.

(4) Shihonka will find this much easier than last start and has had a little freshen up since then. Showed a bit of ability in first three career runs and can regain best form back in grade today.

(7) Dynasties can break through today for another win. Ran on well fresh behind a smart one who has started favourite in a Saturday race since. Hoping Mcevoy can be a bit more positive from the inside draw in a small field and if he’s close enough in the run he will go close.

(2) Buba was very good winning last start in the mud. Berry sticks for the ride today and she’s a proven performer over this trip with plenty of race experience under the belt.

(3) One Aye will be much better for the run after finishing 4th over 1200m last start. She’s much more suited up in trip today and has a win over 1500m to her name. Bowman on is a plus.

Extremely open Bm72 here with a bunch of horses who generally take turns winning these sorts of races.

(2) Jojo Was A Man will be suited getting back up to 1800m here. Was a very game in defeat on cup day, only being run down late by Atlantic King. Gets a weight swing on that hrose today and he’s proven in these midweekers.

(8) Rebel Rama comes out of the Four Pillars where she finished 9th but ran very well. The first up win was very good and she can peak now 3rd up.

(13) Zudin is another one with a winning chance and comes into this off the back of a last start win.

(5) Jesse James is one of the more lightly raced here and has only missed the trifecta once in eight career starts. Was dominant last start and deserves a crack in this grade.

Betting Strategy: 0.5u WIN Jojo Was A Man

(5) Too Much Caviar was an easy winner at Randwick on Cup day in this grade. Went forward and was just too hard to run down. That was on the back of some nice trials so I think he’s come back in pretty good order. Rises 2kg on that performance but is drawn very softly in gate 1 and he looks to get the lead here on his own very easily.

(13) I Am Lethal looks the danger for mine. Still has a bit of untapped ability about him and won very well last start. Rises again slightly in trip to 1500m and Berry can get the best out of him again.

(3) Born A King returned from a spell in good order finishing 2nd to Too Much Caviar. Gets a weight swing on him today and is a chance to turn the tables.

(12) The Denzel is an honest horse and would not shock to see him run another good race.

Betting Strategy: 1u WIN Too Much Caviar

(11) Zarastro is an exciting horse for Chris Waller and he was super impressive when winning first up. That was just his second career start following a very good debut, finishing behind Paulele last prep. He put them away in a few strides last start and while this is a tougher race today, I expect him to do a similar sort of thign here. Jmac will get him back with some cover from barrier 10 and if he can follow something into the straight, he’s got the turn of foot to beat these.

(5) Rubamos bolted in first up and should be suited from a good draw here today. Has always showed talent and might just be able to turn the corner this prep.

(10) Pascal is airborne winning two on the trot this prep. Admit this is a much harder asisgnemnt but you can’t knock the way he’s gone about things at recent starts. Looks the value in the race.

If (13) Waihaha Falls shows up in his best form he can definitely win. Was just too bad to be true last start as favourite at Gosford and has since had a freshen up and trial.

Billy has been an avid racing fan ever since he and a few mates started a punters club once they turned 18. Following the initial punters clubs, he was properly hooked after landing a nice collect on Admire Rakti in the 2014 Caulfield Cup and has had a soft spot for Japanese horses ever since. Is a massive fan of 'blinkers first time' and has been known to enjoy a 'Hail Mary' multi. Loves punting across metro Sydney and Melbourne every Saturday but isn't scared to venture West late in the day to find a Pikey special.