Top 5 Performances of the Spring

The Spring Carnival is over for another year and Trent Crebbin has ranked his top performances from some of Australia’s biggest races. 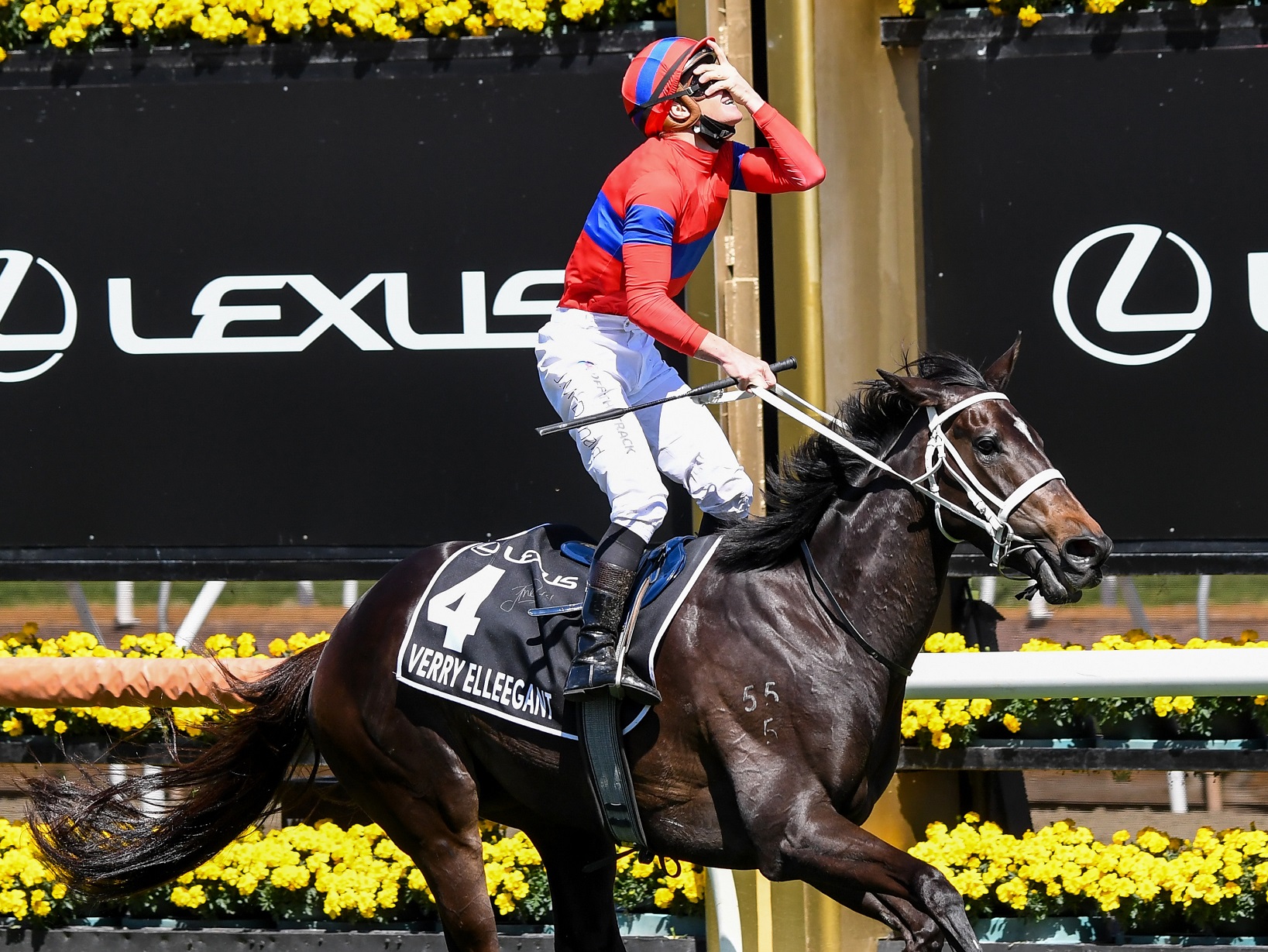 With the Spring Carnival in the rear-view mirror, the good horses safely in the paddock and the next major carnival not for weeks, it’s a good time to look back on a Spring full of elite racing, fitting narratives, and world-class performances. Trent Crebbin has narrowed down his top five individual performances of the Spring Carnival, what made them so special, and where we could see them next year.

There wasn’t a bigger or more effortless win during Cup week than Espiona at just her second ever race start. She’d promised to have plenty of ability at the trials and backed it up on debut at Warwick Farm, bolting in at $1.45 before coming to listed grade in Melbourne and destroying her more experienced rivals. There was a genuine enough tempo in front and James McDonald rode her perfectly, extricating the Extreme Choice filly to the outside and she never looked like losing, barely getting out of 2nd gear and recording some huge late splits on her way to a 6.5L demolition. The Surround Stakes looks to have her name written all over it and she’s the definition a Group 1 winner in waiting.

Not exactly an individual performance, but the drama of Australia’s WFA Championship was too electric not to include. Anamoe was coming off a huge win in the Caulfield Guineas in record-breaking time and wrestled with Verry Elleegant (see below) for favouritism all day on the soft track. State Of Rest, fresh off a Group 1 victory in the Saratoga Derby, sliced through the field under John Allen and looked like he’d pinched a break on Anamoe who followed him through the gap and set out after the raider. Anamoe couldn’t reel him in but there was noticeable contact between the runners, largely caused by State Of Rest laying in under pressure. The protest sirens went off and despite no crowds on track, the tension was palpable through the screen. After what seemed like an eternity, the protest was dismissed despite the 0.1L margin and whichever side you were on, it won’t be a Cox Plate we’ll forget any time soon. Anamoe has a plethora of options next year, but I’d suggest he likely stays in Sydney and has a prep looking like this: Hobartville-Randwick Guineas-Doncaster-Queen Elizabeth. The George Ryder at WFA and the Rosehill Guineas are also options. It’ll be interesting to see if State Of Rest can measure up to the elite Group 1’s back in the UK, as he’s clearly improved as a 3yo.

One of the best training performances I can remember in recent times from the all-powerful Maher/Eustace stable, who have been rewritten the rulebook over the past few years. The old methods of getting miles in the legs for Australian stayers has been disproven, with Hitotsu able to win Australia’s oldest race, the VRC Derby at just his third run of the preparation, jumping straight from the 1600m Caulfield Guineas up to 2500m of the Derby in three weeks. The money was on too, it was one of the bigger market moves I’ve seen in a Melbourne Group 1 recently, backed into $4.00 favourite and duly saluting. John Allen got into a very tricky spot mid-race, basically last on the rails and with nowhere to go, but he had the horse with the best turn of foot and once he got into the clear, it was all over. He’s got so much x-factor heading forward and I have no idea what he’ll be targeted at. I’m not convinced he’s going to be a stayer and would aim him at the Australian Guineas second up, try for an All Star Mile berth three weeks later, and then hopefully go to Sydney for the Queen Elizabeth, which has the potential to be a red hot field next year.

He had always shown plenty of talent but really put it together this prep, running a huge/unlucky race in the Rupert Clarke before atoning in the Toorak, partly due to a 10/10 ride from Jye McNeil who refused to be bullied and held his spot in the race. If he concedes that position early, as riders do every day, he would’ve been in a tricky spot and needed more luck. Jye barged into the clear and the horse finished powerfully before going on to win the Golden Eagle in fine style. I’d love to see him get to 2000m next prep, and I believe the All Star Mile will be his first target, before hopefully tackling the Queen Elizabeth Stakes.

Plenty was said about the lack of eastern state horses over the Perth Carnival but nothing that might have planned to come over would have gotten near Western Empire in the Railway, the shortest favourite to contest the race in its esteemed history. Backed into $1.60, the race was as good as over after a furlong, Pike landing the son of Ifraaj one off the fence just behind the speed. The field was hardly vintage, but it rated very highly and was easily the win of the carnival. He looks even better than stablemates Superstorm and Regal Power did at this stage, both going on to win big races in Melbourne. Unfortunately we won’t get to see Western Empire in the Autumn, after he pulled up with issues after going down in the Kingston Town to Regal Power when sitting 3 wide the trip. If he gets back to his best and potentially keeps improving, the Cox Plate would have to be the realistic aim in the Spring, given we’ve seen him already win at 2400m.

A dominant win by the blue-blood colt in the ‘stallion making race’, coming off an even run in the Everest. He elevated off that and romped in down the straight on Derby Day in a strong time of 1:08:73, putting 3 lengths on a strong field eased down. Some rivals may not have been at their best- In The Congo looked like he’d had enough, as did Kallos and Paulele, but take nothing away from Home Affairs who has so many options now, if we see him again. I don’t think he’ll be sent to stud just yet, with the potential to race/stand in the UK. The Newmarket Handicap would be an ideal straight track target for him in the Autumn, before potentially a mouth-watering clash with Nature Strip and co. in the TJ Smith Stakes, before possibly heading to a race like the Kings Stand or Diamond Jubilee at Royal Ascot.

The rise of Incentivise was one of the biggest stories all Spring, and his Caulfield Cup win was one of the best of all time. The Might And Power comparisons were hard to ignore and although he couldn’t complete the Cups double, he proved himself as one of the very best horses in Australia. Prebble rode a supremely confident race, happy to sit wide for most of the race, a fair portion without cover, but it made no difference, Incentivise dropping his rivals on the turn to record a huge 3.5L victory with equal top weight. His win prior in the Turnbull Stakes was just as tough on a brutal speed and whilst I doubt he wins the Melbourne Cup, he did pull up with issues, making his 2nd placing even more meritorious. He’s been all but ruled out of an Autumn campaign, and I’d think a Queensland winter is unlikely also, but if he does get back, the Doomben Cup and Q22 are obvious targets, before a Spring campaign- do they go down the Cups path again, or aim at a Cox Plate, or do they try all three?

Racing fans were treated to two elite performances on Caulfield Cup day, with Nature Strip finally conquering The Everest at his third attempt. It was the race he needed to win to silence any final remaining doubters as to his champion sprinter status after an outstanding year that saw him win 3 Group 1’s as well as The Everest. Starting a solid $3.70 favourite, he jumped well from an outside gate and took his time to come across, happy to sit wide outside of Home Affairs before travelling beautifully into the straight. He had to fight off Eduardo at the 200m who surprisingly took a sit before Masked Crusader flashed through the pack to just miss, given a great ride by Tommy Berry. Nature Strip of course went on to bolt in with the VRC Sprint, taking his Group 1 tally to 7 and cementing himself as the best sprinter since Black Caviar, and the best in the world at the moment. The plan is to take him to Royal Ascot next year and I’d have thought the Diamond Jubilee over 1200m would be the target, although the King’s Stand over 1000m is also an option earlier in the week. If he holds his form, good luck beating him in the UK.

What an utterly dominant performance from the champion mare Verry Elleegant in the Melbourne Cup. Questions as to whether she was at her best this prep were coming after failing in the Turnbull behind Incentivise, but her Cox Plate run wasn’t bad only beaten 1.1L after covering ground. We’d seen glimpses of it, but Verry Elleegant’s staying prowess is her best asset. She’d only been to 2400m and beyond five times in her career. The first, a VRC Oaks when still with Weir seems like a lifetime ago. She then went onto win an ATC Oaks, a Tancred by 4.3L, a Caulfield Cup over a world class horse in Anthony Van Dyck before simply getting too far back in last year’s Cup when one of the runs of the race. James McDonald ensured that wasn’t going to happen this year, riding a perfect race from the wide gate- settling forward of midfield with cover, tracking the leaders and letting rip at the 300m to destroy a couple of elite stayers in Incentivise and Spanish Mission. Carrying 57kg, the second most by any mare since Makybe Diva’s 3rd Cup, she put up a performance that would’ve won nearly any staying race in the world in my opinion. The Prix De L’Arc De Triomphe (The Arc) is the overseas target next year, which is over 2400m. A mile-and-a-half almost seems too short for her now, but if she strikes a commonly wet track at Longchamp, she’ll do Australia (and New Zealand) proud.