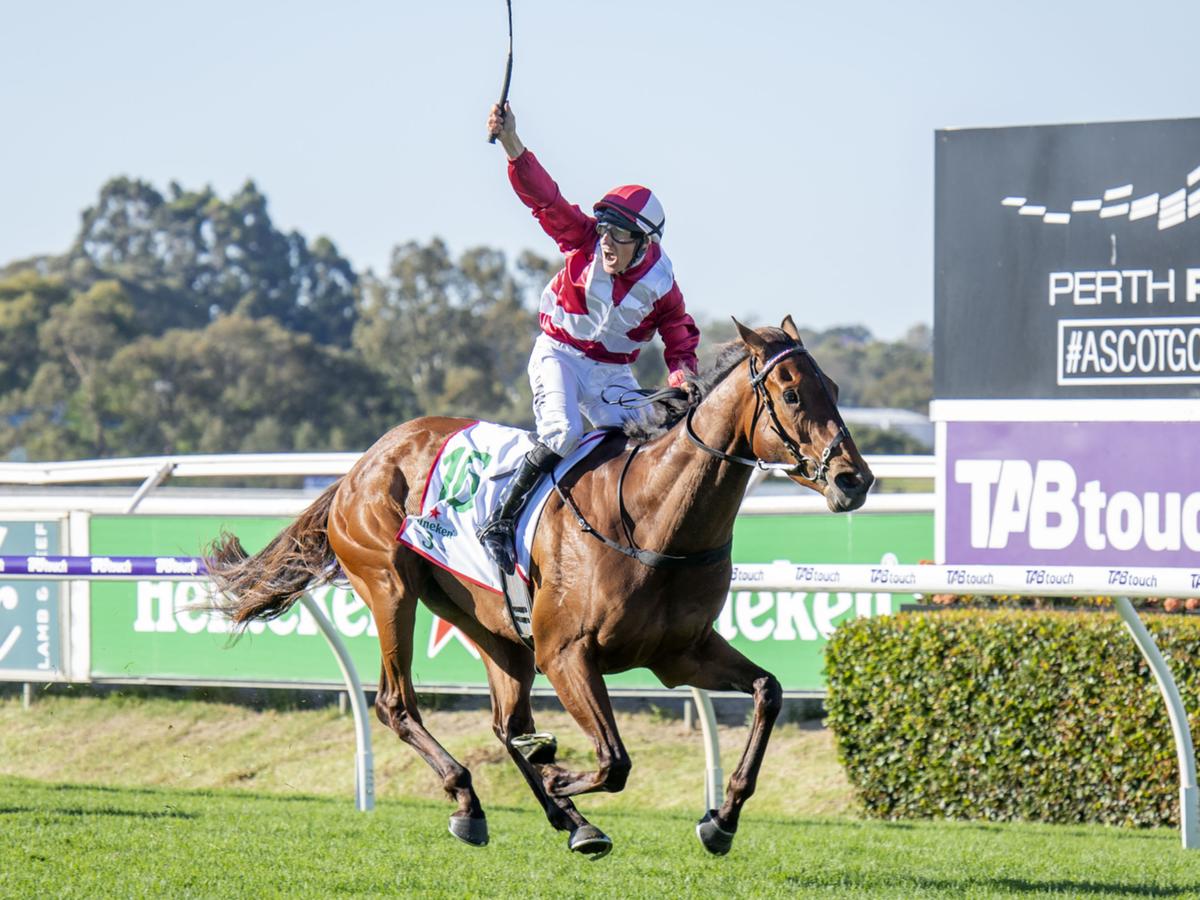 The Group 1 Kingston Town Classic headlines the final day of The Masters carnival in Perth, with Western Empire set to go around a raging-hot favourite in the $1million feature.

Ascot is rated a Good 4 with the rail out 8m for Kingston Town Classic day, with the first of nine races set to jump at 12:05pm AWST.

Tim Geers has assessed every race on the card with his tips and best bets below!

Plenty of eyes will be on debutant (11) Nunes who was super impressive at her only appearance at the trials. She settled last for Shaun O’Donnell and picked them up in a matter of strides. O’Donnell even had one or two peaks over the shoulder as he had her under a complete stranglehold. This will be a good test as they’ll run quick and she’ll have to make up ground, but she looks to have a stack of ability.

The Dion Luciani pair (1) Revitup and (10) Mrs Kangaroo will go well. Revitup won on debut before being run down very late last start, while Mrs Kangaroo has had three good 400m trials leading into debut, which is typical of the stable.

(5) Saintorio trialled well enough and draws the inside, while Pike goes on the Roy Rogers-trained (8) Ciao Luna.

(4) Mercanto was a big run in defeat in 66+ company last start, when badly blocked in the straight before hitting the line strongly. That was a good race with God Has Chosen coming out of that race to win last weekend. Prior to that Mercanto recorded back-to-back victories to open his campaign so if they are able to make up ground early, he’ll give this a big shake.

(1) Vane Tempest was outclassed in Listed company last start and luckless in this company two back. Drawn well and should be tough to run down.

(6) Vadette De Star comes out of that same race. She drew very wide and had to go back, but she comes up with the inside marker today, so can settle much handier.

(11) Wednesday comes off a midweek win and he did it very softly. He looked the winner a long way out and just needed a gap to come, and when it did he powered through to win easily. This is a harder race but he can measure up.

(10) Cristal Dane has its first start for the Dion Luciani camp and was competitive in this sort of race two starts ago.

This race has plenty of speed in it and anything could happen, but there’s really only three horses I think can win.

(4) Written Matter looks awfully hard to beat. He’s showed a stack of ability since day one and he resumed with a good win over Island Charm. Now has three wins from four starts and can keep building on that record here. Will sit back off the hot tempo and finish all over the top of them.

(5) Ain’t No Other Man was a good run first up and then outclassed in the Placid Ark last start. Should find this a touch easier and draws well.

(9) Night Voyage was very good behind Wilchino two starts ago and good once again behind The Front Bar last start after sitting three-wide the trip. Pike goes on today and he draws the inside gate so should be very competitive.

Anything could win this, but the most likely does look the favourite (4) Reliable Star with Pike taking over from Holly Watson after consecutive 2nd placings behind Pure Devotion.

(5) Conquered Zone is flying and is knocking on the door for another win. Has placed in all three starts this prep but has a tricky gate to overcome here.

(7) Dance Of The South is flying in easier grade and will stay all day. Tricky map here from barrier 11 with a bit of speed underneath.

Expect (3) Come Right Back to be ridden positively today from barrier 3 with Holly Watson taking over. Has a very good third up record so may be ready after two runs back.

(2) Come Right Back has obvious claims and (15) Yadreamin’ is a knockout hope at huge odds.

This is going to be a very tactical affair, with a few runners appearing to have a tricky map.

(6) Comfort Me won back-to-back ratings races before stepping up to Group 1 company where he ran 2nd to Western Empire. That looks the obvious form line to follow with Western Empire likely to win the Kingston Town by as far as he wants.

(4) Stageman is probably the unluckiest horse in WA, he just finds ways to get beat. He was good in the Winterbottom behind Graceful Girl last weekend and gets Pike on from barrier 1. He’s likely to be last of the small field so will need luck again.

(7) Solaia is the horse that brings the different form reference and is the fresh one on the scene. Most of these have had a fairly long campaign but she’s second up after a good first up run.

(5) Red Can Man was good first up and then the race wasn’t really run to suit him in the Winterbottom.

Another race where you could make a case for most horses.

(3) Stay Safe will definitely run the 1400m and has run consecutive placings behind It’sarayday and Treasured Star. Draws well and will be right in the finish.

(4) Acefire has dropped back to the midweeks to get a couple of wins and some confidence. He took care of his maiden effortlessly and then bolted in to win a Class 1 last week. He’s versatile and looks to box seat here. With any luck he can measure up.

(1) Liwa and (2) Flying Missile ran the quinella in the Placid Ark but I think 1400m might stretch the air of them.

(6) Fatale Femme and (9) Sparkling Blue were both sound in the Placid Ark.

(5) Sheza Chalmer has returned in super order this prep. She finished off very well over the unsuitable 1000m behind Wilchino first up, and then ran into trouble everywhere in the Jungle Mist last start. Draws well in barrier 4 today, third up and up to 1400m looks perfect placement and I think with even luck she’ll be very hard to beat.

(4) Angelic Miss was ridden a treat to win the Jungle Mist last start but draws out in barrier 11 today. It’s not the end of the world for her but she’ll just need a good ride to win again.

(9) Bright Diamond copped an inch perfect ride from Pike to win two starts back but didn’t get a whole lot of luck in the Jungle Mist. Drawn well in 3 but will be buried once again.

(8) La Farola beat the promising God Has Chosen first up and that horse then came out and won his next start.

(3) Chantorque should be ready now.

A relatively small field for this year’s Kingston Town Classic and it should be a procession for (7) Western Empire who has just gone to a new level this time around. He was dominant first up in the Asian Beau and then toyed with his rivals in the Railway Stakes, stamping himself as one of the country’s most exciting horses. He’ll probably be back near last from the gate here but it really won’t matter where he ends up.

(1) Regal Power can make it a stable quinella. He bypassed the Railway and went straight to this race. He’s been sound in his two runs back.

(9) Kissonallforcheeks just continues to show up and run well. She ran 3rd in the Railway and draws 4 here for a perfect run.

The three-year-old filly (10) Searchin’ Roc’s adds some sort of interest given the good record of fillies in this race, where they carry the featherweight of 50kg. She will run well but she’s not at the level of the top couple, even with the weight relief.

(8) Benji’s gets the blinkers on for the first time which he desperately needs. He was there to win first up but hit the front and stopped. The blinkers should sharpen him up and his trial leading into his first up run was very good.

(3) Koranis drops in grade and should go forward from the wide gate. He’ll be thereabouts at the finish.

(7) Bragwell is another that draws wide but is always around the mark in these sorts of races.

The Peters pair (3) Expressionist and (9) Memorable Miss have obvious claims.