The Group 1 Victoria Derby is the headline act on the first day of the Melbourne Cup carnival, with a field of 14 three-year-olds lining up over 2500m. Find our runner-by-runner preview of the feature race below! 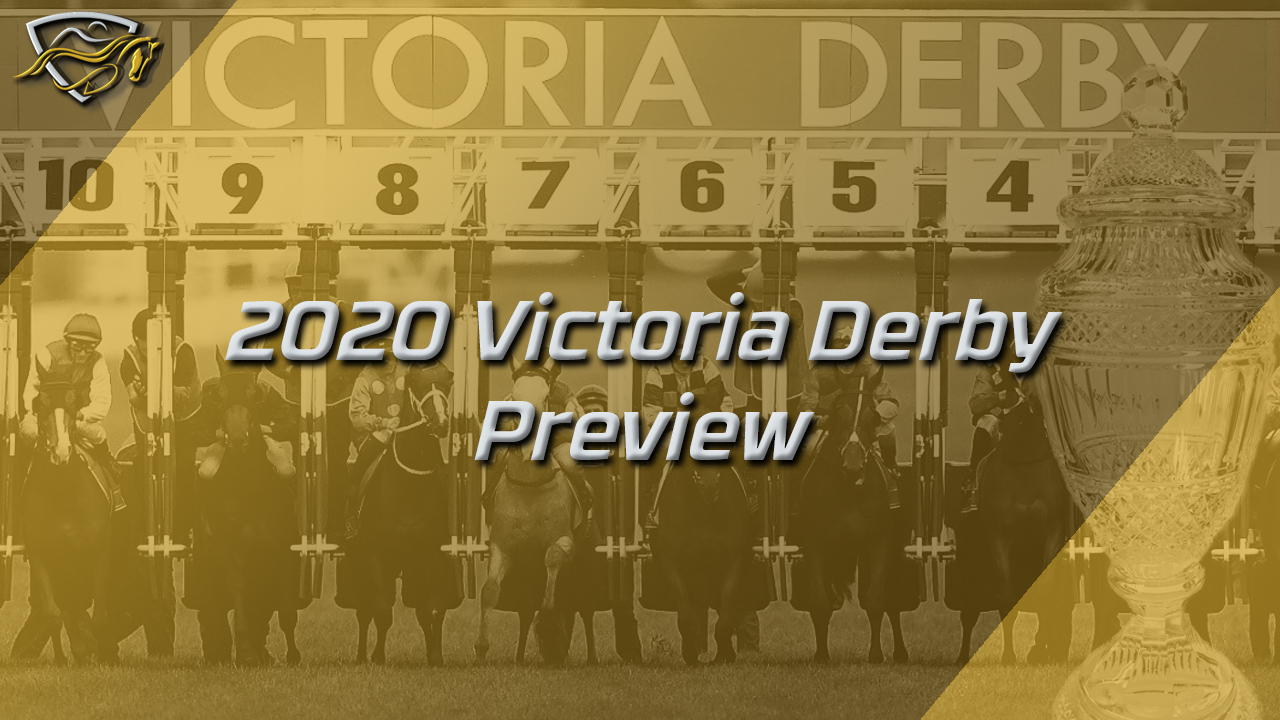 The Group 1 Victoria Derby is the headline act on the first day of the Melbourne Cup carnival, with a field of 14 three-year-olds lining up over 2500m.

I don’t suspect the tempo will be all that fierce here as the theme of these races are often to try and get the horses to run the distance, as this is normally the first time they face it in their careers. The only leader looks to be (4) Let’s Karaka Deel and he should be able to find the front comfortably from barrier 3. (11) Token Spirit and (12) Born To Succeed are others we might see roll forward, but every other horse in the race has done their racing off speed to date, so it could be a case of those drawing well holding their positions and the rest settling further back. The favourite (5) Young Werther draws ideally in barrier 4. He won’t be too far away from the pace but I doubt they’ll be looking to be too aggressive given his steep rise in trip and the break between runs.

Went to Sydney for the Spring Champion Stakes two starts ago and failed, but bounced back with victory in the Moonee Valley Vase last weekend. Comes here on the quick back-up but draws wide in 14. He’s sure to be a long way back from that barrier. There looks to be no tempo in the race, which could either work in his favour or go against him. If they crawl and bunch up on the turn, he can use his good turn of foot, but if they crawl and he’s got several lengths to make up on the turn, then he’ll have a big job to run them down. He does go well here at Flemington though and has strong claims.

Ran 3rd behind Khoekhoe and Young Werther two starts ago and followed that up with victory in the G3 Caulfield Classic last start. It was a strong staying performance but it was also a bunched finish and I thought there were some better runs in the race with the Derby in mind. You’d have to think if Young Werther stays the trip, Albarado will struggle to turn the tables.

Looks the best value in the race at $32. His run two starts back behind Khoekhoe and Young Werther was enormous, and he just wasn’t suited last time out at The Valley. I think he’s screaming out for 2500m and that’s been the indication all throughout his career. I have no doubt he’ll run the distance, which is half the battle in these races, and he’s a must include at the odds.

Simply has to be a chance here based on a few factors. Firstly, he’s from the stables of Ciaron Maher and David Eustace who have to be respected in any race, especially a Group 1 staying race. He’s also the sole leader in the field and should be able to control the tempo of this to suit himself. Runners from this stable will have no issue with fitness and if he’s able to get some cheap sectionals and then skip away in the straight, he could take plenty of catching. On the map alone, he must be included at $10.

Comes up favourite for the race and I must admit, when I first saw the field I was expecting him to be closer to $2.50-$3.00, so I think the $4.00 is a definite bet. He missed a run last week due to the downgrade of the track at The Valley, and with any other stable that would be a concern, except this one. We saw Russian Camelot have a similar interrupted preparation leading into the SA Derby and he was still way superior, and I think it might be a similar case here with this horse. Drawn ideally, he looks quite clearly the best of the bunch in my eyes and I think he’s a good bet at the price. 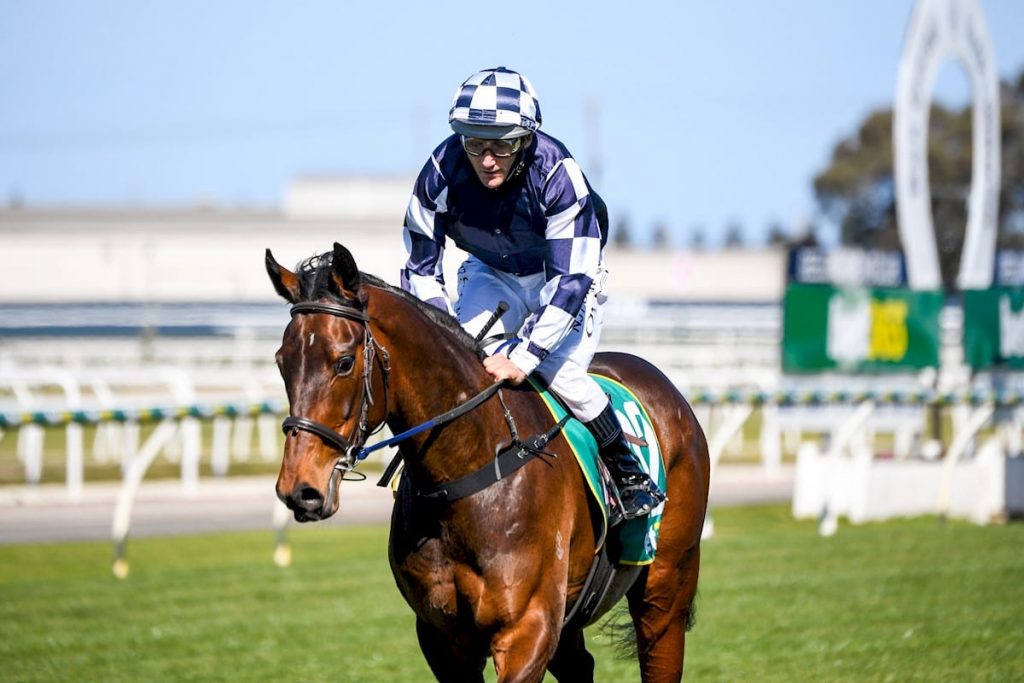 Probably the run of the race in the Caulfield Classic last start, picking up really nicely late in the race to charge through the line. That would suggest the step up to 2500m is right in his ball park, and the stable do know how to train stayers. His run two starts ago was also full of merit, when he didn’t get a whole lot of room in the straight but still finished hard to be beaten just a length. Include in your numbers.

Probably slightly unsuited last start in the Caulfield Classic but his win prior to that was a good effort here at Flemington in the Derby trial. If it’s a slowly-run sit and sprint again, he’s unlikely to win but if they make it a real staying test he can go well.

Good run last start, beaten 0.4L in a bunched finish in the Caulfield Classic. He made a long, sustained run on that occasion and just peaked late. The concern here is the barrier which should see him settle right back in the field, and he might get found out if he has to loop them again stepping up to 2500m. Prefer others.

Has had some excuses this prep. Three starts ago he didn’t get much room and then pulled up lame. He was then held up to the 200m mark at his next start and finished well to be beaten 2L by Cetshwayo, before failing in Sydney in the Spring Champion last start. Bowman on from a good draw are both positives but he would need to improve to win.

Was a good effort behind Cetswhayo two starts ago at Flemington but had every hope last start at Caulfield and was outclassed. I suspect they may try to ride him a bit quieter from the wide gate here, just as they did two starts back. JMac on is a positive but based on last start you couldn’t have him.

Brings the different formline through the Geelong Classic but was outclassed prior to that in the Derby trial. Not good enough.

Broke through for a win in a Wodonga maiden last start but was getting belted by these horses prior to that.

Best run to date came on a heavy track and hasn’t shown enough to be competitive here.

Another one whose best run came on heavy ground and he was fairly ordinary last start at Geelong. Gets blinkers on for the first time and draws soft in barrier 1 but not good enough.

Pretty keen to be with the favourite (5) Young Werther here and I think the $4.00 is a good bet. I think he’s the best horse in the race and I’m trusting Danny O’Brien to have him right here stepping up to 2500m. (3) Johnny Get Angry looks the blowout in the field at $32. I think he’s crying out for 2500m and looks over the odds. The other to include at double figure odds is (4) Let’s Karaka Deel who is the sole leader in the race from the powerful Maher/Eustace stable.