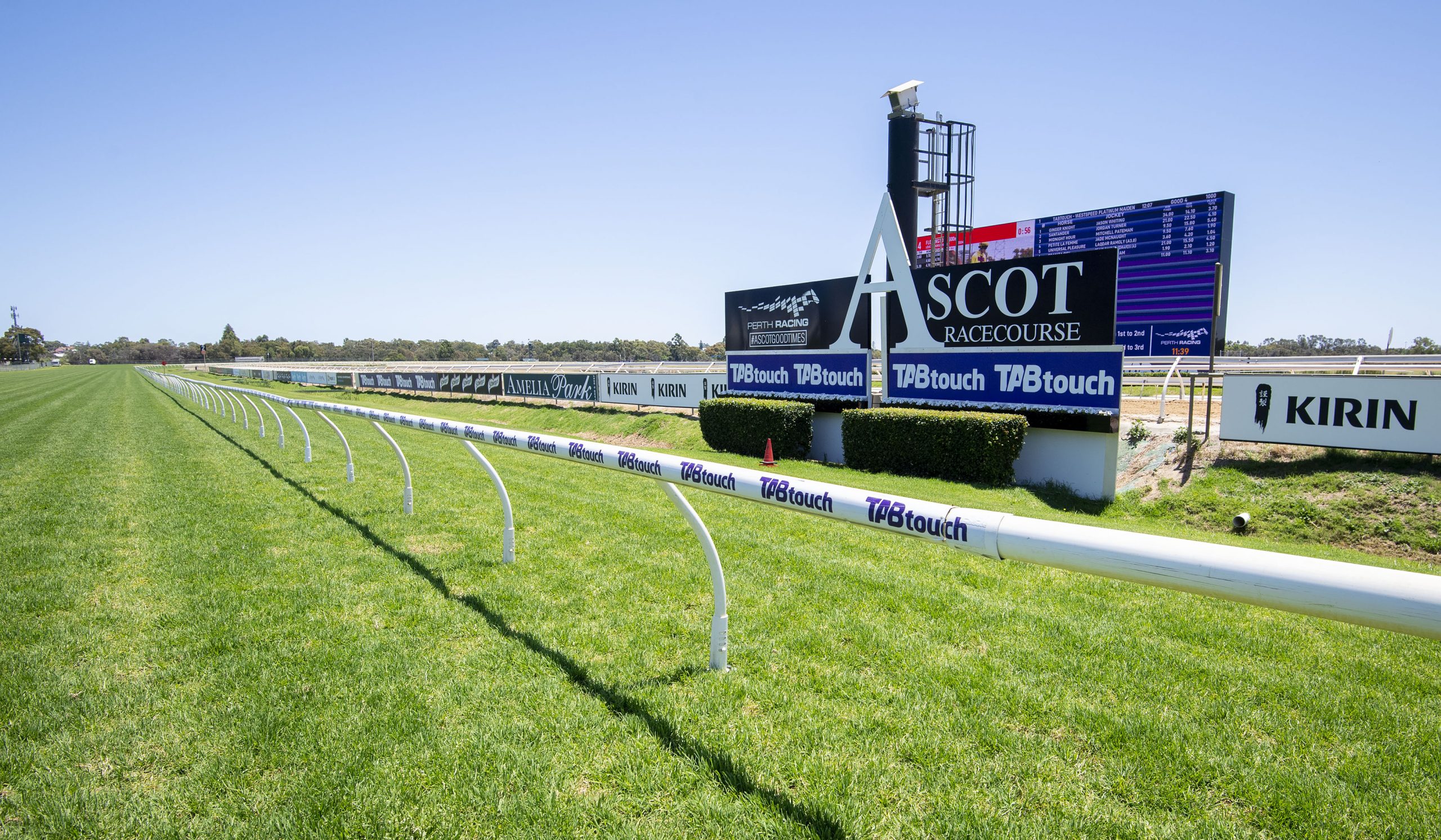 The final WA race meeting before Christmas takes place at Ascot on Wednesday.

We have eight races on the card, with the track rated a Good 4 and the rail out 13m.

The meeting is headlined by the Listed ATA Stakes over 2200m, the final lead up race to the Perth Cup on New Years’ Day.

Tim Geers has previewed every race on Wednesday’s card below, including his tips and best bets.

Most of these have a chance in what looks an open race.

(5) Oh Sophia trialled the house down before being backed as if unbeatable first up and delivering in style. Hard to say she can’t make the step up in grade off that performance, but going from a 3YO maiden to a midweek No-Metro-Wins race isn’t easy.

(1) Heavenly Waters went down as the $1.50 favourite at Northam last start but was given very little hope the way the race was run. The apprentice led and was taken on by another apprentice the entire race. Unsurprisingly both got run down. Late jockey change is a positive.

(6) Senorita Dorotea debuts after five trials, the best of those being the most recent one. If market support comes, expect a big run.

(2) Story Book ran down Sockoff down the Pinjarra straight last start, but I think that’s her go. Both wins have been down the straight and I’d be taking her on here.

(5) Border Force should be very hard to beat here. He debuted with a 2nd placing behind The Velvet Queen in a No-Metro-Wins race, which looks a very good form reference for a maiden. With even luck looks the winner.

(12) Sweet Tea went to Geraldton on debut and was slightly unlucky not to finish closer. Ran 3rd beaten just over a length and that was after running into trouble in the straight. Not hopeless at double figure odds.

(13) Dalhousie debuts for the Simon Miller stable and it’s always worth respecting his horses, especially those having their first starts.

(10) Rulelee has placed in three of four career starts and draws well for her reappearance.

(2) Halatorian is always a place chance.

(1) Pink Carats has a win and three 2nds from five career starts, including minor placings behind Nowhiteflag and Vane Tempest. Those are very strong form lines for a Class 1 on a Wednesday and his recent trial was very good.

(6) Galancy hasn’t done much wrong in two career starts, sitting three-wide the trip on debut at Narrogin before breaking the maiden at Northam. This is obviously harder but he has ability.

(7) Ground Breaker has run some nice races in his eight-start career. Draws well in barrier 1.

(9) Saasmit and (2) He’s On Fire have claims but they’re all chasing the topweight I think.

(1) Benji’s probably would have won with blinkers on first up. They threw the shades on last start and he probably should have won again with any luck in the straight. He was held up and never really got a crack at them. If he can get clear running today and they are able to run on early, he’ll be going close.

(8) Uni Queen ran 2nd to The Velvet Queen and then beat subsequent winner Bell Lap. Draws the inside and should play a part.

(3) Almaher Man just continues to turn up and run well. He broke through for a deserved maiden win last time out.

(2) Mercanto looks one of the better bets of the day here. He beat Trevern three starts back and that horse has had five starts this prep for four wins and that 2nd placing. Then went to the line untested in Saturday grade behind La Farola and God Has Chosen before running 3rd to Miss Vasari in Saturday grade again last start. Back to the midweeks and with the rail out 13m it can sometimes play favourably for horses swooping off the camber.

(3) Trevello ran 2nd to Cold Shizzle first up and gets a nice run from the gate with Holly Watson aboard.

(5) Megazone comes into this first up from a break and there’s been money to suggest he’ll go well. If it continues to come you can be sure he will run well – the stable rarely miss when the money is on.

(8) The Escort and (9) Dynamite Bay can be thrown into exotics at big odds.

(12) Bandalera Miss had her first 28 starts with Michelle Vallentine before transferring to the stables of Fred Kersley, where she immediately won. She did it a bit had that day too so there may be more to come. Chris Parnham takes the ride at 54kg and this isn’t a vintage field.

(1) Friar Away hasn’t done much in his first three starts this prep but they’ve been in harder company than this so he should appreciate the drop in class.

(2) Rhythm Star has run three placings from as many starts this prep and will appreciate getting out to 1800m.

The feature of the day is the ATA Stakes, the final lead up to the Perth Cup.

(2) Paddy’s Shadow represents a bit of value at each way odds here. One of the fresher horses in the race, having just his third run of the campaign. He had no luck first up when three-wide the trip and then ran an eye-catching 4th in the Towton Cup last start. Better draw today means he can probably sit further forward and he should be ready to run into the money.

(8) Stafford’s Lad was probably the run of the race in the Towton Cup, and the JRA Trophy before that. The draw means he’ll be back near last again but the horse is going super.

(1) Black Shadow has been dominant in his past two starts. Has to carry top weight and cop a weight swing on several runners today but he’s flying and can’t be dismissed.

(3) Midnight Blue was Perth Cup favourite before suffering a setback with a hoof abscess, which has kept him from running since the JRA Trophy. The stable is confident he’s over that issue but he’s nearly a month between runs now. At his best he’d be the horse to beat.

(5) Dom To Shoot has his first run over this sort of distance but has raced over a mile in his past two as if he’s looking for more ground.

(12) Cristal Dane finds a nice race but it’s a competitive one. She went super at her first start for Dion Luciani, sitting three-wide the trip in a Graduation Handicap on a Saturday and fighting on to run 2nd. Mercanto ran 3rd in that race so we should get a good guide as to that form with Mercanto running earlier in the day. If she can get across to slot in from barrier 8 she should be right in the finish here.

(11) Savanik didn’t run the 1800m last start so has been freshened back to 1400m here. Form prior to that would see her hard to beat today.

(5) Heart Of Coeur is absolutely airborne, as is the stable of Steve Burton. He’s saddled up this horse, Medellin and Tapiconic to victories in the last month, and those are probably his only three horses. Drawn sticky today but will go close again with even luck.

(1) Ginger Baker might need the run but has a super record at the distance and has plenty of ability.