Tim Geers assesses the chances of every runner in the Group 1 Golden Rose at Rosehill on Saturday. 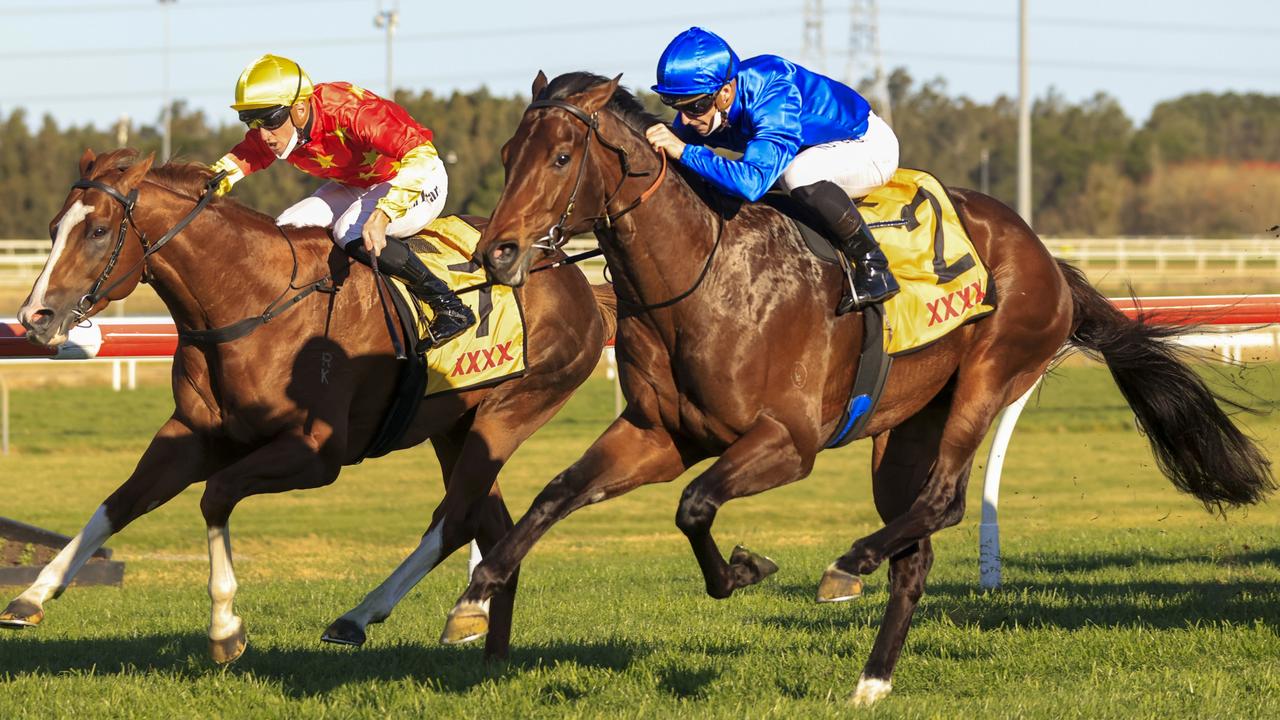 The Group 1 Golden Rose Stakes is one of the headline races of the Sydney spring carnival and it sees the country’s best three-year-olds assemble at Rosehill on Saturday.

Tim Geers has covered the chances of every runner in the $1milion feature with his analysis, tips and betting strategy below.

In The Congo should cross and take up the running here. Tiger Of Malay will be on speed with Captivant box seating and Moridan also prominent. Coastwatch likely to be three-back the fence from barrier 2, while we may see Remarque ridden slightly further forward from the good draw. Royalzel has a tricky map and may be caught wide. Giannis and Artorius likely to look for the three-wide running line, Anamoe should settle worse than midfield with cover. Jamaea, Startantes and Hilal all get back.

Hard to see him getting beat here. The win first up in the Run To The Rose wasn’t enormous in winning margin, but it was a very good effort nonetheless given he was first up off one trial with a slight setback leading in too. The extra trip of this race is only going to suit him and if he was going to get beat, it would have been first up.

Star colt Anamoe returns in style in the Group 2 Run To The Rose. ⭐⭐⭐ pic.twitter.com/l6z0agvN0z

Huge first up and then a touch disappointing last start. This stable will have him spot on third up for his grand final though, as they have done time and again. Has to get well back from he wide barrier which leaves him plenty to do but I expect him to run really well here.

Wasn’t bad first up in the San Domenico but was outclassed in the Run To The Rose last start. He did experience breathing issues during the run which is some excuse and he gets a couple of positives here with the rise in trip and the inside draw, but he would have to improve sharply.

He’s failed to live up to the hype but $34 does look a big price about him. He ran super behind Anamoe in the Sires’ Produce last prep and then started favourite in the Champagne Stakes. Hard to assess his two runs this prep but both have been underwhelming given his hype. Going to get a long way back from the barrier but this is another stable renowned for having their big guns ready for their grand finals. Include in numbers.

Hasn’t done much wrong in five career starts, posting two wins and three 2nds. He was good behind Anamoe last start in the Run To The Rose but if he was going to beat Anamoe, that would have been the day he could do it. Still sure to run well here.

Did a good job first up in the Up And Coming Stakes with the big weight and was good once again in the Dulcify last start, but whether that is the A-grade form is the query. Draws for a great run on speed and can run well but might be outclassed.

It’s D-day for Remarque. He was luckless first up in The Rosebud but he wasn’t good enough in the Run To The Rose last start, when beaten 1.6L by Anamoe. Draws a perfect gate here in barrier 5 with Bowman on and I’m sure they’ll have him spot on for the grand final today, but he would need to improve. Notable that he did actually start favourite over Anamoe last start.

This could be the smokey at odds. I’ve always though this horse would turn into something decent and he posted his maiden win first up in the Listed Dulcify Stakes, on the back of three good trials. Whether that form is the A-grade form is the query but it wouldn’t surprise me to see him run a bottler here.

Giannis is back with a bang! 💥

He gets the bob in a fighting finish with Tiger of Malay in the Dulcify Stakes. @cwallerracing @KPMcEvoy @kemblaraces pic.twitter.com/LCjweSmIRV

Posted victory in the Midway first up from an eight-week freshen up ad backed that up with a very good effort in the Dulcify Stakes behind Giannis. He did shift a plate during the run which can’t have helped. Gets a very awkward draw here in barrier 12 though and suspect he’s outclassed.

He’s been very good in all three starts this campaign. No luck first up when he had to do a stack of work. Then just found one better in Tiger Of Malay second up, before winning the Ming Dynasty cosily last start. Draws for a great run from barrier 2 and sure to run well but he’s another that probably just isn’t quite A-grade.

Comes into this off a maiden win on the Kensington track at the midweeks. Hard to see him measuring up off that.

One of just two fillies in this year’s race. Wont he Percy Sykes back in the Autumn and then resumed in the Silver Shadow where she didn’t get much luck. Atoned for that with a big win in the Furious Stakes, storming home from the back of the field. I really question how good this year’s three-year-old fillies are though. There doesn’t look to be any standouts and I doubt they’ll measure up to the best of the boys.

Jamaea's finish in the Furious Stakes was something else… pic.twitter.com/GBCIrYRF1m

Brings a completely different form line here coming from Queensland. She’s building an impressive record, with five wins from eight starts, but this will be much more difficult than what she’s been running against, and the barrier also poses a problem.

Hard to go past the favourite (1) Anamoe here, who brings the best form and is the horse open to most improvement from their last starts. If they were going to beat him, it would have been first up, but they couldn’t and with the expected improvement off that run, I would think he proves too strong once again here. Expecting big improvement from (2) Artorius third up at 1400m in his grand final. (8) Giannis is the smokey to include at double figure odds coming off a first up win in the Dulcify. D-day for (7) Remarque who gets absolutely every chance from the good draw. (4) Hilal will be a long way back but can produce a big finish; interesting to see how he measures up here.