Find our review of Saturday’s racing at Flemington, Randwick and Sunshine Coast below, with horses to follow and sack out of each meeting. 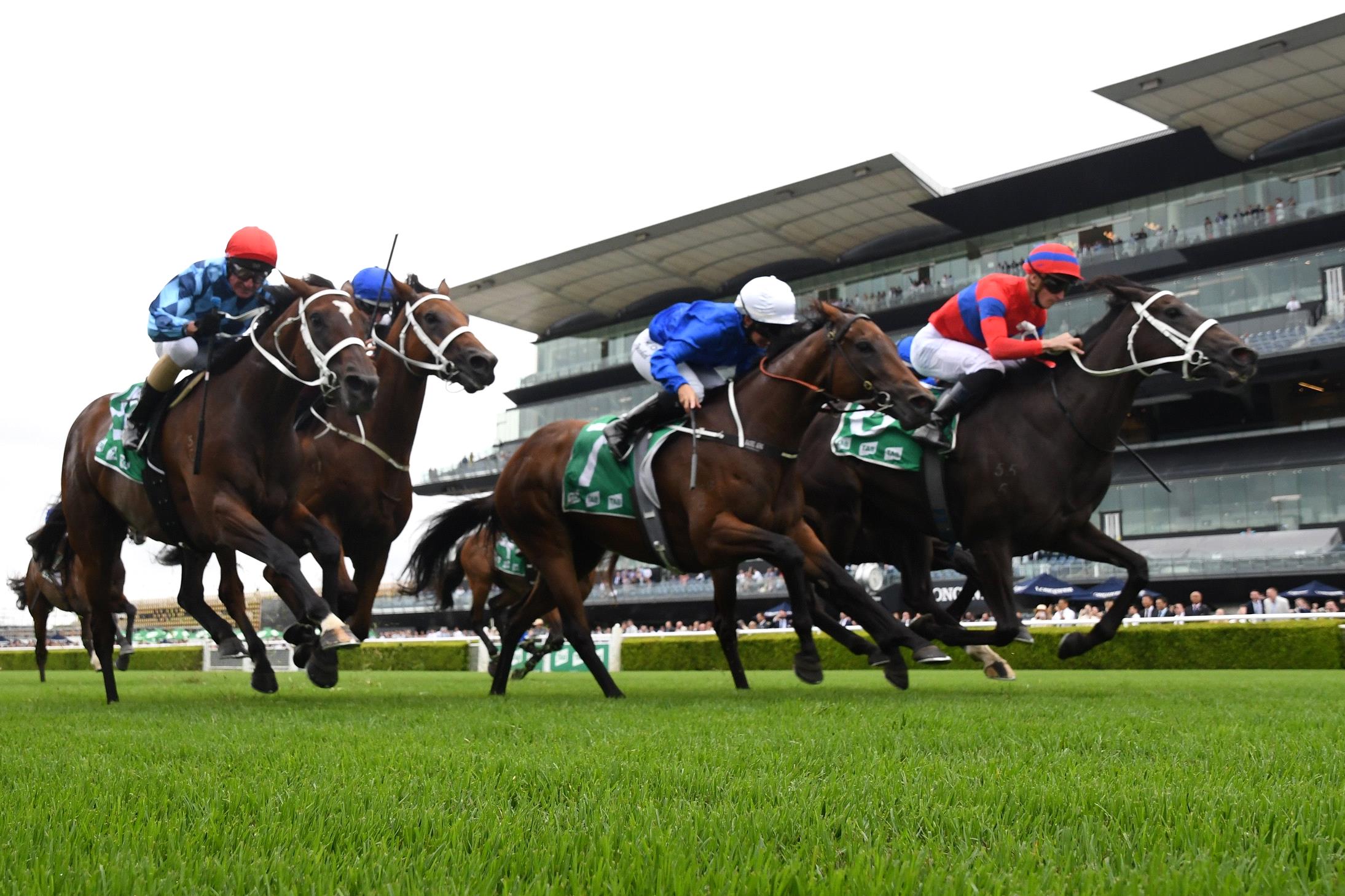 Verry Elleegant notched up her seventh Group 1 win in a blanket finish to the Chipping Norton Stakes, while the Richard and Michael Freedman-trained Forbidden Love took out the Surround Stakes in dominant fashion at Randwick.

At Flemington, Lunar Fox became the longest-priced Group 1 winner in the history of Australian racing, saluting in the Australian Guineas at a starting price of $420 on the Betfair exchange.

Here’s our horses to follow and horses to sack out of both of the above meetings this past Saturday, as well as Sunshine Coast in Queensland 👇

Platoon – He ran in the Perth Cup only two starts ago, winning at 1200m last start and backed it up here, running the fastest final 200m of the meeting. From all reports he’ll jump straight up to 2000m next week in the Australian Cup. He was around $81 for that, and even still the $41-51 around seems a big price in a weak edition.

Fifty Stars – was probably the run of the race, getting back to last but hitting the line very strongly for a narrow 2nd. He backs up into the Australian Cup and is already favourite – he’ll be very hard to beat off this run and likely starts closer to $3 than $4.50 in my opinion. Loves the back-up, savaged the line off a hot speed, and his 2000m record at Flemington is elite. Starts a dominant favourite.

Mahamedeis – Had him as the horse to follow first up and again he’s attacked the line late. Just keep following him – he’ll be winning this prep.

Grand De Flora – In similar grade up in trip she’ll run a couple of big races this prep, especially on wet ground. She ran on well through the line behind Chaillot.

Hilal – unlucky in defeat in the Skyline Stakes, having to change course in the straight in a race where the leader got away with murder up front. He looks to be a serious colt and is the one I’d be following out of the race.

She’s All Class – Her run in defeat in the Sweet Embrace was enormous, coming from last to be beaten 0.3L by Four moves Ahead. She was first up from a six-week break following her luckless run in the Gold Coast Magic Millions, so she’s entitled to improve off Saturday’s run, so I thought all things considered her effort was stronger than the winner’s.

Criaderas – Geez, he’s a hard horse to trust Criaderas. One day he’ll show some tactical speed, land in a more forward position and blow away whatever opposition he’s up against. His return in the Liverpool City Cup was huge, really knuckling down late to charge home, but it’s a familiar story with him just leaving himself too much to do. He’s a horse with a serious engine.

All Saints’ Eve – didn’t get the clearest run in the straight in the same race as Criaderas and co. She was only first up there and she’s undefeated second up from a spell, so I think she can be followed with confidence next start, ideally with James McDonald back on board. I think the form out of Saturday’s race will prove to be very strong.

Lina’s Hero – it wasn’t a bad first up run from the former Hong Kong galloper. He may have looked just fair but I thought it was a reasonable effort and he might be one of those horses overlooked by the market next start. He has a good second up record so if he can drop in grade, he’ll be right in the mix.

Guise – was second last/last at around the 300m mark when she was held up for clear running but posted the fastest sectionals of the race in the final 800m to finish within half a length in third. We can play what ifs all we like, but Guise goes close to winning if she isn’t held up in the straight. Providing she stays up here, they should be able to find a suitable race for her. With a better draw, she will be a winner this preparation.

Mass Destruction – was very good on resumption and looks in for a good preparation. He sat sixth on the inside of Simply Fly but had to dart back inside to gain clear running to which he accelerated through and really made a race of it late. He will be winning this preparation.

Air Spirit – Another run over 1000m at Sunshine Coast, she loves it here.

Gem of Scotland – Big run on resumption from injury. Follow her this preparation

Nelson –The 4.5L Arc defeat to Enable is ancient history. Raced like he wanted 4000m after getting a suitable tempo to perform better.

Australian Guineas Form – Everything except Cherry Tortoni has to be seriously questioned and if they go to Sydney, I’d be hard against them.

Zakat – Zakat or Za-cat? He’s a horse who always starts well-found in the market but unfortunately, his winning record doesn’t reflect that. He’s now racked up 11 placings from his 18 starts, with just 3 wins to show for it, and his effort on Saturday was ordinary at best. You can leave me out of him going forward.

Shaquero – he should have improvement to come given he was first up off a six-week break after winning the Gold Coast Magic Millions, but the form out of that particular race is somewhat sketchy and I also think he was a little bit blessed to win it. His run on Saturday left plenty to be desired and he won’t be beating the best colts lining up in the Golden Slipper.

Miss Penfold – Not sure how she is backed into the price she is week in and week out. Seems a mid-week horse to me. Won’t be having my money.