Tim Geers and Trent Crebbin review Saturday’s racing and provide their horses to follow and sack from Eagle Farm and Flemington. 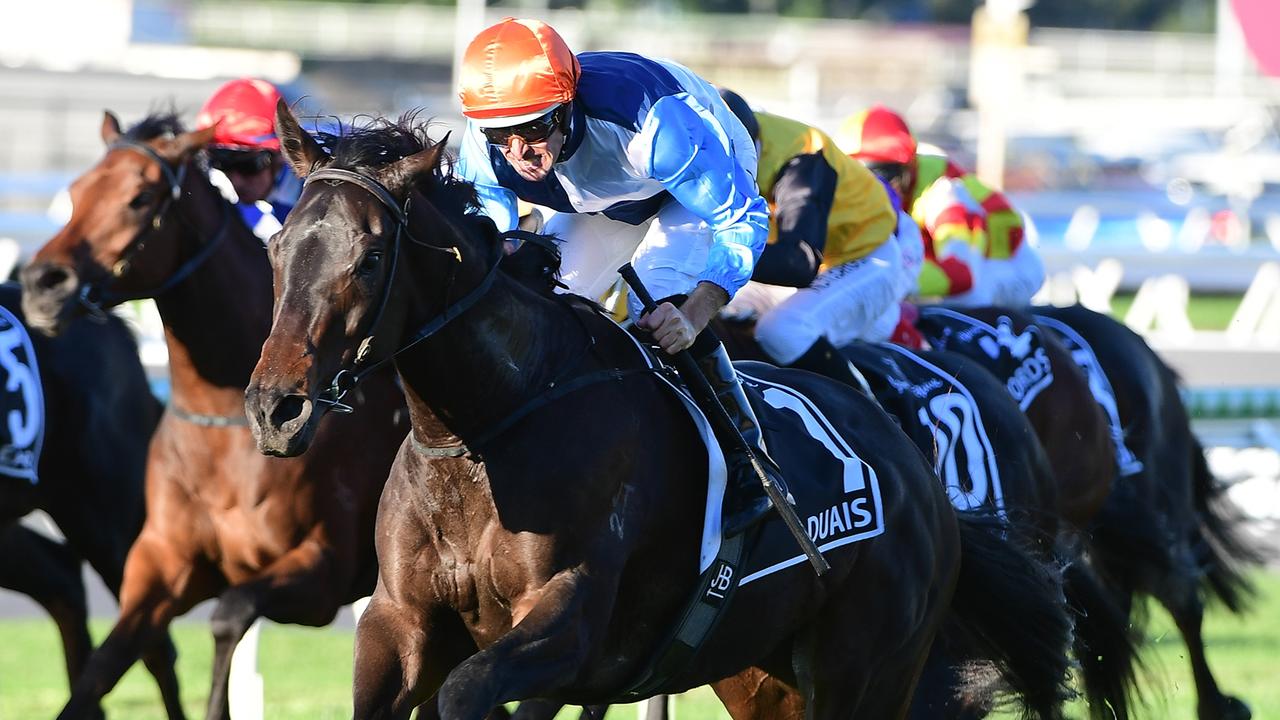 The Queensland Oaks headlined Saturday’s racing at Eagle Farm, and the market had it spot on with the heavily-backed Duais giving trainer Edward Cummings his first Group 1, and jockey Hugh Bowman his 99th. Tim Geers‘ best bet of the day took a while to find the gap in the straight, but once she did, she powered away to win the feature in dominant fashion.

In Melbourne, it was a tough watch for Trent Crebbin‘s best bet Chief Altony at Flemington, with the favourite locked away in traffic in the straight, before getting out and flashing home to run a luckless 3rd. His best value bet Master Chum ran a huge race at $61 though, finishing 0.6L off the winner in 3rd paying $11 the place.

There were plenty of horses to follow and sack out of both meetings, which can be found below.

Incentivise (R1) – Only takes a person with a working set of eyes to have this as a horse to follow. I took him on – wrongly, as it proved – on the weekend, thinking the firm track and the drop in distance may be unsuitable. But he made me and his opposition look silly, taking off mid-race to assume the lead before bolting clear to win by 9L. He just keeps getting better with each start and while we are very unlikely to get any sort of price next start, he’ll be winning.

Hail Manhattan (R4) – Returned with a sound effort first up over 1000m, which is about 600m short of his best distance. He was only beaten 2L by Usmanov and he potentially ended up in the inferior ground on the inside. He’ll step up in distance now and while 1600m is probably his best trip, it’s worth noting he won over 1200m second up last prep.

Baller (R5) – Another case of a horse improving under the care of Tony Gollan. Chris Waller couldn’t get this horse t go, but whatever Gollan is doing is working. He was good winning on stable debut, and he was even better on the weekend. Had to duck back to the inside, which may not have been the best part of the straight, but he picked up nicely to put a good margin on his rivals. He’s flying.

The Astrologist (R5) – Thought his run in behind Baller was full of merit. He sat three-wide and working the entire trip, and still stuck on well for 4th. He’s drawn barrier 12/13 and 9/9 in his two starts this prep, so with a better draw next start he can go close to returning to the winner’s circle.

Scallopini (R5) – I was keen on him and took the early price about him before he was plunged into as low as $4.80, which suggests the stable may have thought they had him ready to go. He had a very good first up record leading into Saturday, but he offered absolutely nothing after getting a sweet run in transit. He was below par last preparation and his run on Saturday didn’t do anything to suggest he is back.

Splintex (R5) – He’s a horse with six wins from 17 starts but he’s only won one of his past nine starts now. I doubt he’ll be starting $2.70 again any time soon after fading out to be beaten 11.7L after leading.

Duais provides trainer @edancue with his first Group 1 win in the Queensland Oaks.

Chief Altony (R3) – I think you have to be forgiving here. Zahra got put in a pocket early around the turn and with clear air earlier I’m very confident the horse wins the race. He was hammered in betting to start $2.00, and he’ll be better on softer ground, which he could strike this week. The stable have said they’ll look at backing him up and I’d be shocked if he wasn’t very hard to beat.

Petruchio (R3) – Also in the race I thought Petruchio was excellent first up off more than a year off, settling back and hitting the line hard for 3rd. He put a couple of big wins in class 1 and bm70 grade last prep and can be followed up in trip.

Argentia (R4) – Huge win on debut by the regally bred filly. Her last 200m was outstanding and I think she’s probably the best Melbourne 2yo filly. She’ll be aimed at the Thousand Guineas and if she continues to progress, she’ll be a leading contender in the Spring.

Invincible Caviar (R4) – Nothing wrong with her debut, leading down the straight and just beaten by a better filly on the day. She’ll improve stacks from that and if she goes to a maiden she’ll be a complete moral.

Aramayo (R5) – Had him to follow from the first up run and he is set to explode next start at 1600m. Had little luck here, hitting the line in the fastest last 200m of the meeting (11.34) despite barely seeing clear air. 3rd up, just bet, ideally in the Winter Championship final where we’ll get a price.

Curran (R8) – Just keeps progressing and improving. Outside Aryton, who he chased very bravely at Caulfield, I think he’s the best of these 3yo’s. Been a long first prep but he keeps turning up and should keep winning.

La Vina (R2) – Really disappointing effort from this mare, who looked suited getting out to 1400m but was beaten 3.75L after settling a pair closer than the winner, Snickerdoodledandy and never really coming on. Her first two wins this prep were good but she might not be up to these fillies.

Way To Go Paula (R6) – She was shown up in Adelaide against stronger opposition and even back in grade here she struggled. Some of the up and coming fillies beat her comfortably despite her having every chance in run.