Royal Randwick hosts Boxing Day racing with a bumper nine race card to keep the punters entertained. Joshua Reed has gone through all the races and gives his thoughts. 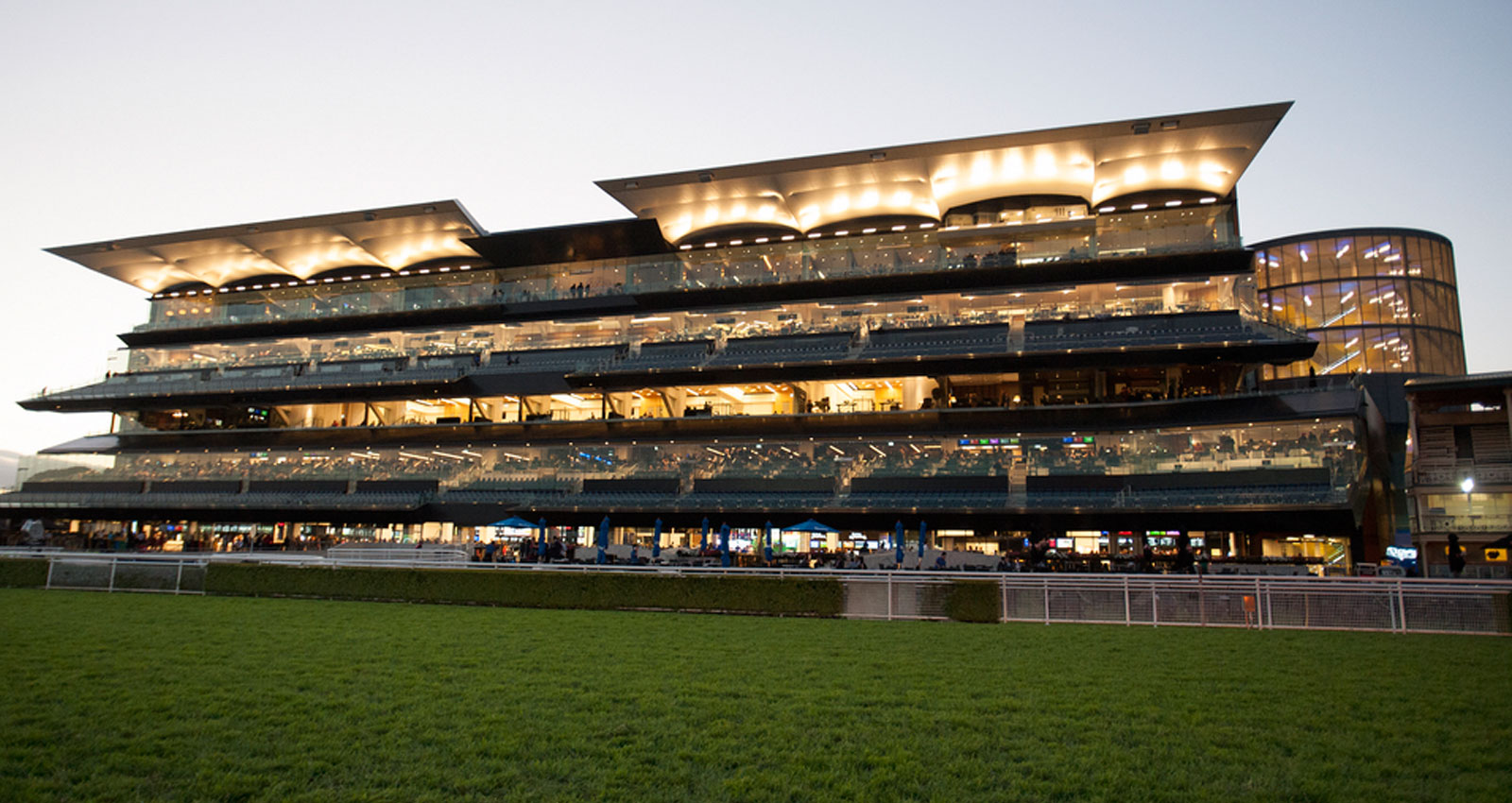 Royal Randwick hosts Boxing Day racing this Saturday and whilst we channel flick between the races and the cricket, the jockeys will be preparing for a brilliant nine race card.

The rail is in the 2m position and the track is expected to be a Good – Soft track.

Joshua Reed has analysed all nine races with his best three below.

(9) Vianello was very impressive on debut running the 900m at Newcastle in slick time. She really eased into the race nicely and let down over the final 300m or so before being eased up on the line. The Teofilo filly gets a nice draw and the booking of Rachel King, who is proving she is in the top echelon of riders in New South Wales. I think she has a lot of class and the unknown of whether she can handle the track conditions is the only query, but with the track improving and a nice price, I am happy to bet into it that she will handle it.

(8) Vandoula Lass was an impressive winner interstate and heads up to try and make her record 2/2. She gets a good draw and Tommy Berry aboard so she is the one to beat.

(7) Sing A Love Song has trialled up nicely and is bred to handle the going.

Gone wide in this highway race due to many unknowns and poor draws. (12) Joey’s Chance goes on top on the back of a solid effort at Newcastle last time out. He came from well back to go down less than a length to Dame Kiri (who has since won a BM72 in town) and Snitzify. He comes into this after three runs this preparation and has to carry just 54kg and from an okay draw, he can position himself to be in the right position come the straight.

(17) Pinnacle Prince has drawn poorly and will probably either have to go back or try for luck. Too risky at the price but is the class and one to beat.

(9) Tallis loves all going and will be in a forward roll throughout from the inside draw. Doesn’t mind the sting out of the ground and if the track plays leaderish, he will be hard to run down.

I am giving (5) Zing another chance with the hope I went off too early last start. Her run was only fair when scraping into third at Warwick Farm first-up over the 1300m. She gets a few things go her way here like dropping from 59.5kg to 55kg, second-up fit whilst stepping up to the mile and gets a softer going which is going to be to her liking. She is drawn nicely to sit wherever she pleases, and I will be surprised if she isn’t somewhere in the finish this start.

(2) Pitchfork is the obvious danger and will be in prime position whether he leads or just sits behind the leader. The mile suits and the soft ground works in his favour also.

(10) Bowery Breeze flew home last start against (5) Zing and meets her 0.5kg better off due to J-Mac not being able to ride below 55kg. Gives every indication a mile will suit and loves the sting out of the ground.

This is a wide-open race, and I am going to make a case for (12) La Grisa here. She was left flat-footed when the gates opened, which caused her to miss the kick by 3 lengths and that had her on the back-foot early. She raced keenly throughout and then had to come off heels in the straight before racing in restricted room but despite doing this, she savaged the line and only went down by half a length in third. The Reliable Man mare has come into this preparation a lot fitter than her past preparations, so I expect 1800m second-up to be no issue. She has drawn okay but this can be offset by the fact she carries 52kg and retains Rachel King. She is a terrific each-way chance, so long as she doesn’t go too far back.

(8) Kaapfever flew home last start, despite it being on his less favoured Good track. He should get a bit of sting out of the ground here and could get a nice cart into the race off a favourable barrier.

(5) Criminal Code is going to appreciate coming to Randwick and will be hoping that the track continues to dry up.

(3) Frosty Rocks is returning to Sydney after a decent run in the Gateway at Eagle Farm. He was no match up there but he did not get to lead like he usually does, and I do not think he likes chasing. He should have no worries leading here from barrier one and the extra 2kg from Tom Sherry’s claim will help his cause. He handles all conditions though I think he would prefer a bit of sting out of the ground which he should get here. I think he gets a soft lead back to a mile and will be hard to catch.

(7) Opacity hasn’t showed much this preparation but should have more acceleration in the closing stages than most of his rivals.

(13) Bigboyroy would be much better suited with a kinder draw. Gets to carry no weight and if Jay Ford can get him into a nice position from barrier 10, he brings himself right into calculations.

Going to bet two ways here. Firstly, (5) Laure Me In gets another crack to win a race over 2000m after his last start second behind rival (1) Greysful Glamour. Our bloke was beaten by 2.5 lengths that afternoon after flying home from last due to the poor draw. He meets her 4.5kg better off at the weights and he draws a lot better than that run, so that automatically makes him a very good chance. Add in the fact that Tommy Berry has been booked and the track is drying out, and that makes him very hard to beat.

And that is why I am having a bet also on (8) Primitivo. He is dropping a massive 8kg from his 3.1 length defeat in fourth last start at Randwick behind Kirwan’s Lane. He is drawn much better and should settle closer than last start which is going to help considering the possible speed in this race. He handles all going and the step up to 2000m is ideal. He is a nice each-way bet.

(9) Spirit Ridge finally gets to 2000m after two solid runs. He gets to carry no weight and should be in this race a long way.

This is a wide-open betting race, and I will be happy to bet around two horses once again. (5) Quantico has had a bit of a boom on him since his first-up win last preparation at Newcastle where he looked like a rocket coming from last to win by 2.8 lengths. He then went to Brisbane and had to share the spoils in a dead heat. Since then, he has had two nice trials where he has let down nicely though he did look to lack a bit of focus. That is why I am happy they have applied the blinkers first time and from the draw, he can hopefully sit somewhere midfield, so he has less work to do in the straight.

(3) Amish Boy is the other I want to bet on as he has had a small let up after placing in a Group 2 and Group 3 behind Doubtland and Crosshaven. If he brings that form here, he is going to be hard to beat at attractive odds.

(7) All Time Legend returns but will need to step up in grade and obtain luck from a tricky draw.

(12) Above and Beyond has come up attractive odds here on the back of three solid runs. He flew home first-up and narrowly missed beating Never Talk whilst beating home Belluci Babe before stepping up to 1300m second-up and going down 0.2 lengths in third behind Snowfire and Rammstein. He was then brought back in distance and up in grade last start where he really flew home late once again to finish 2.1 lengths in fourth. The son of Sebring has been screaming for a longer distance and gets it here over the 1400m and with the track drying with a bit of sting still left in it, he will relish the conditions. There looks to be some speed on paper and providing Robbie Dolan doesn’t set him an impossible task, he will be right there late.

(14) Ellsberg is the one to beat and if he produces similar figures to last start, he will be right in this. The barrier does him no favours and neither does the change of jockey. The question will be, has he had enough this preparation?

(1) Juventus has been solid on his two runs this preparation and should be thereabouts once again, providing he can get into a nice spot from the barrier.

Looking for a nice race to race double for John Thompson with (8) Dunbrody Power on top at the each-way odds. Another one of his horses that has been running on super, saluting first-up and being beaten by 1.6 lengths and 1.5 lengths respectively. She comes back to fillies and mares grade and will carry 56kg with the claim of Chris Williams, which brings her into a favourable position. I am not to worried about the draw as she generally drops back off the start as it is and there looks to be some speed which will set it up for those further back, providing they don’t lose touch with the opposition.

(1) Madam Legend gets a very winnable race here with the 3kg claim of Cejay Graham. She has a tricky drawn to contend with and will probably need to do some work to get her favoured spot.

(7) Lillemor is drawn to head forward and will do little work compared to her rivals who want to be prominent also. With the 2kg claim of Tom Sherry, she will be in this a long way.