Connect with us
Bunbury (7 Races)

Victorian racing takes place at Geelong on Tuesday and The Horse has highlighted three races he’s keen to bet in below. 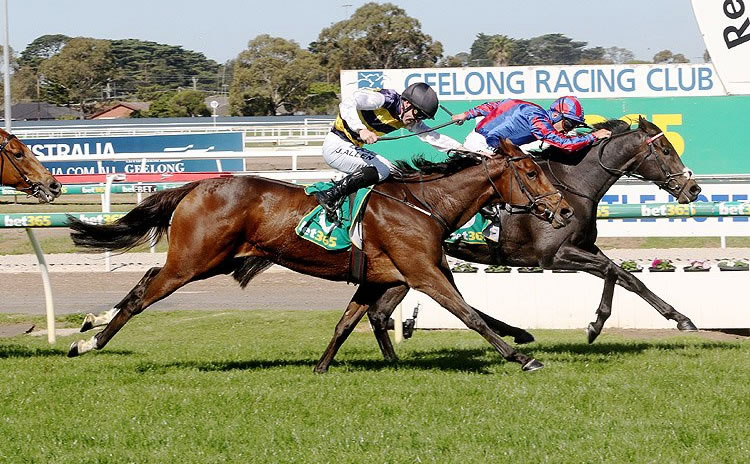 Racing comes back to Geelong where we find some low-rated races, but some quality runners keen to chalk-up their next win.

Pretty keen to have a throw at the stumps here on the unraced (12) Retrovailles. The Price/Kent runner went around at a Terang jumpout pretty stylishly against a reasonable field, and if she repeats the does here—which is not an overly strong maiden—she should be well in contention. Jye McNeil gets the ride which is a positive.

Another unraced runner (11) Pelorus Princess won a trial coming into this, so also every chance to improve and be in the mix. Unfortunately the market has found both new starters. (2) Gumnuts for the Godolphin stable cannot be ignored, while (8) In Hot Water looks to be the one at odds.

Outside the top pick, (2) Zoudini could go on with it today, who similarly ran well to place second in his first start. Likewise, the wide gate could prove the fly in the ointment. It is tough to split the two. Ethan Brown takes the ride on Zoudini instead of another runner which he placed second on last start (9) Quarterback Zac. Despite this lead, if there is one at odds, than Zac could be it. Currently around $31, he was around ninth in the run but closed out well to beat all-but one. From there, it is a complete dart-job.

This is a pretty good race for a CL1 on a Tuesday. (2) Fiery Red is back following a 199 day spell, where the Waterhouse/Bott gelding out of Pierro ran third to Big Parade. We all saw what Big Parade did on the weekend! She has also ran unsuccessfully in Group 2 and Group 3 company at previous preparations, so if she is anywhere near stable expectations, she is going to give a great site. Especially jumping from the inside gate where she will get an easy lead. She could simply run them into the ground. She won a jumpout coming into this race, and has won first-up.

(10) Awapuni Princess could be something quite special—winning her only start by 2.5 lengths. The market has already found her in betting. (8) Galactus broke the maiden after nine starts, and can easily make the jump after quite a number of consistent performances in the lower grade. (6) Aeecee Diamond has been racing well without winning, while (4) Realexa has shown plenty of ability too.

The sectionals speak to Awapuni Princess as a leading contender, while the race sets-up nicely for Fiery Red. Looks like a good race to hedge some bets.

The Horse found the thought of placing bets and drinking beers much more appealing once he was married, and that led to an interest in the many intricacies of The Great Game. He enjoys the challenge of predicting what will happen in any given race, but also loves horses themselves, none more so than the mighty mudlark Jungle Edge. His focus lies on metropolitan racing in Victoria and NSW, however isn’t afraid to find one out wide. Away from racing, The Horse is an avid drummer – quite a difficult task with a set of hooves.