Hong Kong racing continues at Happy Valley on Wednesday evening and Tim Geers has five bets on the card below. 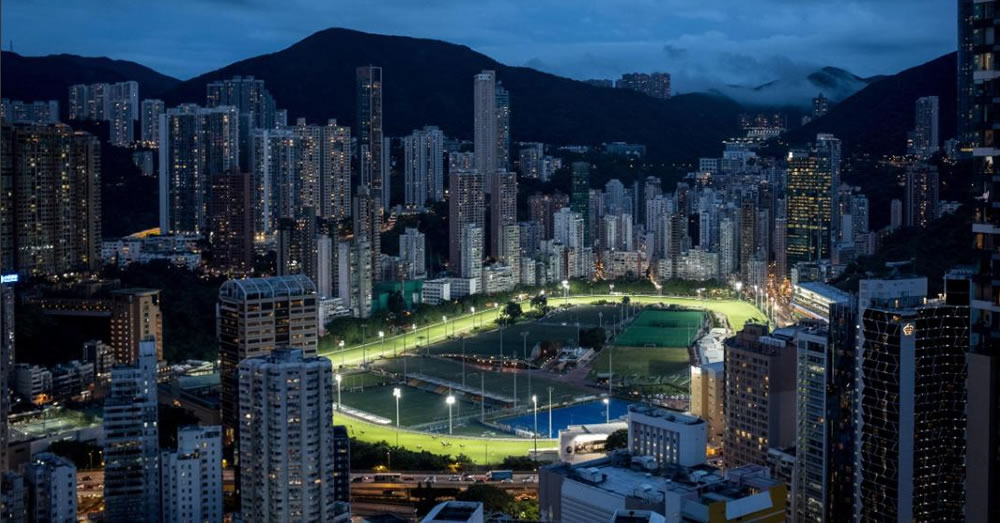 Hong Kong racing continues with racing on the city circuit on Wednesday evening, with a nine-race card at Happy Valley.

Tonight’s meeting is on the A-course (rail true), with the first race set to jump at 6.45pm local time.

Tim Geers has done the form and highlighted his best bets on the program below. He’s betting in Race 1, Race 3, Race 4, Race 5 and Race 7.

Keen on two runners to kick off the night here. (5) Happy Profit was beaten a neck here two starts ago over the same course and distance. He was then caught wide without cover throughout the entire race last start, and also pulled up with a substantial amount of mucus post-race. Both of those factors combined are enough to forgive his poor showing. He’s had 10 weeks between runs and has trialled well leading in, so with Purton choosing to stick with him, I’ll give him another chance.

(2) Booming Well finished midfield here on debut, which was a good effort as he made a mess of the start. He came from last to run 6th, and recorded the second-fastest final 400m in the process. You’d think he would learn plenty from that and if he jumps with them tonight, he could run a good race at double figure odds. Notably, Zac Purton trialled this horse recently but is committed to Happy Profit here.

(3) Immense Hedge was OK on debut over track and distance. He drew awkwardly that night but he comes up with barrier 1 tonight and Joao Moreira jumps on, so expect some improvement there.

(6) Master Albert has been well beaten in his past two starts, but he’s drawn barrier 12 in both of them. Better drawn tonight, and he did run 3rd three starts ago from a similar draw.

Looks a very nice race for (1) Harmony Fire who comes up with barrier 1 over the 1000m tonight, which is a big advantage. He drew barrier 10 last start and was only beaten 2.3L, and was close up in 3rd the start prior. Vincent Ho is replaced by the apprentice tonight, so he gets in with a similar weight to what he carried to victory three starts back. The inside draw is the key here and with even luck, he’s the one to beat.

(5) Sugamo was OK on debut and you always have to respect Fownes/Moreira runners, especially at Happy Valley.

Backing a couple at decent prices here in a competitive race.

(6) Inno legend ran 2nd here two starts ago and featured heavily in the stewards’ report last start. He drew barrier 1 on that occasion and was held up basically the entire straight on the rail. By the time he got clear the race was all over. He’s gone close here a couple of times before and from the midfield draw tonight, he should get a bit more luck than he did last start. He can break his duck tonight and the $7.50 looks a decent price.

(10) Moonluck has placed in his past two starts over track and distance. There’s been no real excuses for him in either of those but he gets Zac Purton on board for the first time tonight, replacing Vincent Ho. Purton has a 26% strike rate for this stable and rides the Valley better than anyone else. Think he’s a great chance here and $6.00 is also a good price.

Pretty keen on this race. There’s a few near the top of betting which I think have a few key negatives against them. Showina draws awkwardly and cops a 4kg rise in the weights from last start; the jury is out on Take What You Need; and Vigor Champ goes up 4kg from the last start win.

(5) Exuberant was a big run in defeat two starts ago when he ran 3rd over this track and distance. He then drew barrier 11 last start and sat three-wide the trip. Big jockey change tonight with Purton going on and he draws barrier 1, the best draw he’s had in his three career starts. Pretty confident he goes very close with any luck from the draw and the $3.80 is more than acceptable.

(7) Winning Delago is the other horse in the race I’ll be backing. Chad Schofield has previously been riding Exuberant but he sticks with Winning Delago tonight, who he has ridden in two recent trials. It’s hard to win on debut at Happy Valley, but he finds a nice race and comes up with a good draw in barrier 5. $7.50 is acceptable.

On his best form, (2) Dancing Fighter would win this. He showed plenty of talent early days but has been plagued with issues in recent seasons. He had a suspensory injury leading into last prep – he raced just once at Sha Tin before going for another spell, so clearly he hadn’t come back 100%. He resumes again tonight with a promising trial under the belt, and the horse he beat in that trial then came out and won on debut last weekend. Moreira takes the ride for Casper Fownes and vacates the seat on Stock Legend to do so, which is a horse he’s ridden to victory three times this season. The $4.60 is an acceptable price to find out where this horse is at.

(4) Stock Legend gets Purton on board with Moreira choosing to go with Dancing Fighter. He gets the added benefit of barrier 1. He’s building a terrific record here over this track and distance, with four wins from seven starts. My query is whether the handicapper has hold of him now. He had every favour last start and only got up late by a narrow margin, and he cops an extra 4kg in the weights tonight.