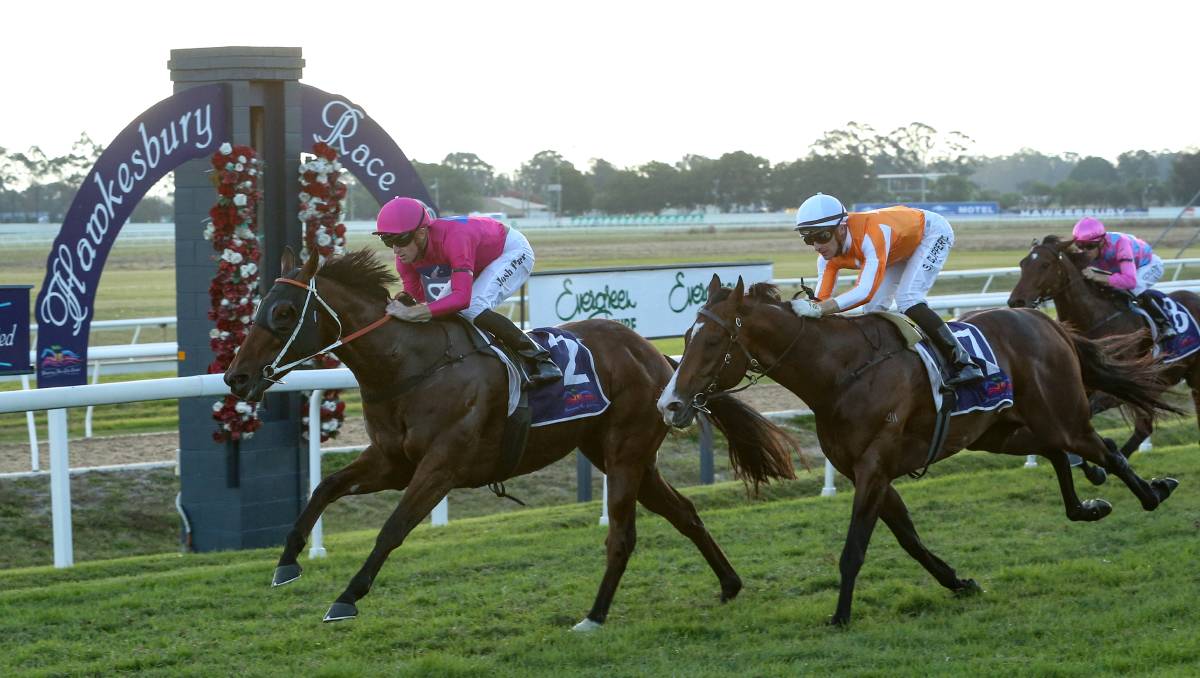 Once again racing will be on a very wet track, with the surface currently rated a heavy 8, with the rail in the true position.

Tim Geers has previewed all 10 races on Saturday’s card, with his tips and best bets provided below!

The $8.00 would have been nice but that didn’t last long for (3) Basquiat, who is now into $3.30 for Chris Waller and James McDonald. Was sound on debut behind North Star Lass at Warwick Farm and JMac lands on this one of the three Waller has in the race, including one that’s owned by Coolmore.

(4) Owen Country won on debut over 1400m at Kembla on a heavy 10. Bred by Dundeel so will definitely be getting over further but stays at the 1400m for his second start today.

(1) Green Shadows is undefeated after following up a debut Goulburn win with success in Brisbane. Heavy track some query but did win on a Soft 7 at his first start.

Leave me out of the Highway.

(19) Tai Lung made a winning debut and the form out of the Goulburn maiden has held up relatively well. The horse which ran 3rd has since come out and been beaten a nose, while the 4th placegetter won its next start. Terry Robinson normally knows the right sort of horse to send to these races and Tommy Berry is a good lead when he rides the stable’s horses.

(3) I’m Not Slew has made a good start to its career and returns from a spell tuned up for this with two trials. Should go forward and take catching.

(4) Extravagant Lad and (15) Overextend other chances in a typically open Highway.

It’s very rare that I’m keen to bet in a BM72 Midway Handicap but I can’t believe (7) Bluff ‘N’ Bluster is $26/$6.00 here. First up has only ever placed once from six attempts but has three placings from four attempts when second up from a spell. Has also placed in four of five attempts on heavy ground, so not only improves with a run under the belt but gets conditions to suit too. Apprentice off, Pike on, just needs the track to allow for horses coming from the back of the field.

(16) Short Shorts drops back from Listed company to a Midway race so undoubtedly will find this much easier. Won well here two starts ago.

(1) Kalapour made a big impression on his Australian debut, winning first up over 1500m with 61kg. Gets the 3kg claim today so actually carries 1.5kg less than what he did last start, and the rise to 1800m should suit. Looks hard to beat if they can run on.

(4) Shibli could only manage 3rd to Kalapour last start and meets him slightly worse at the weights here, but he is third up and steps up to 1800m, so should be close to peaking. Double figures looks appealing.

(5) Deepstrike has won consecutive races in Melbourne and now comes to Sydney with Bowman on. Will have to run them all down given he goes back and draws wide here.

(11) Global Ausbred is flying and gets in with no weight so will take catching.

Anything could win this.

(8) Authentic Jewel was last seen running 2nd in the Gosford Guineas and prior to that had won three of her four starts for the prep. She’s won both trials leading into her resumption today and draws well. Main query the bog track first up.

(16) Billiondollarbaby won her first two starts before starting even money when she failed last time we saw her. She’s had five trials since then so clearly she’s had issues but if she was to turn up fully sound and back to her best, it wouldn’t shock to see her go very close.

(2) Rainbow Connection will be giving them a decent head start from the wide barrier but has a big finish on him.

(2) Malkovich is sure to attract plenty of support here. He comes into this fresh from being beaten a long way in the G1 The Galaxy, but his recent trial win by 8L showed he is back on track ahead of the Hawkesbury Rush, which he’ll find much easier than The Galaxy. That’s not unusual for Malkovich though; he normally wins his trials by big spaces and he’s actually never been beaten in a trial before. I do think he’s short enough in the market here.

At the prices, I’d much rather be with (6) Tycoonist. There’s plenty of horses struggling for form in this race, and some that struggle in the heavy ground. He’s the fresh horse on the scene, coming into this first up since the Magic Millions Sprint on the Gold Coast in January. He probably should have won first up last prep and he goes well in the wet so he might have found himself in this race at a great time.

(8) Our Bellagio Miss returned to somewhere near her best first up behind Athelric. She absolutely loves heavy ground and if she’s improved from that first up run she should be competitive.

(1) Mr Mozart comes off consecutive wins at Group 2 and Group 3 level, both on rain-affected tracks, and now drops back to his own age group for the Hawkesbury Guineas. He has to carry the weight but he quite clearly looks the horse to beat on current form.

Two main chances and two roughies for me here in the Hawkesbury Crown.

(10) Brookspire is an obvious starting point and looks the horse to beat. She bumped into Expat twice last prep before going off favourite in the Magic Millions fillies and mares race on the Gold Coast. She’s never finished out of the money on rain-affected ground and she typically races well fresh so with James McDonald on for Chris Waller, she’ll be the popular elect.

(11) Faschanel ended last preparation in terrific form with back-to-back wins. She failed at her only go on heavy ground but she’s been trialling well ahead of her return and she’ll be tough to run down from the front.

(7) Cliff’s Art ran a good race first up from a year off the track behind Our Playboy. Include at 20/1.

(16) Exotic Ruby was also good first up and normally goes well second up. Include at 40/1.

This absolutely has to be the final chance for (7) Imaging. I was very keen on him first up in the Doncaster Prelude but he finished last, beaten 15L. He’s had the mid-prep trial which Waller does often, and JMac sticks with him which tells you Waller doesn’t think he’s done with just yet. The money has come (again) and on best form, he’d certainly be going close.

(6) Archedemus chases his third victory in this race. He hasn’t done a lot in his first two starts for the prep, but he brought similar form to the race when he won it last year.

(8) Kirwin’s Lane never saw daylight first up behind Our Playboy at Randwick. That was a good run for him given he normally takes one to come good. He has a terrific second up record and this is his pet distance.

(11) Art Cadeau has obvious claims, while (13) The Frontman isn’t hopeless.

Another race that anything could win.

(3) Norwegian Bliss looks the obvious place to start given she’s won all five career starts. She got the job done well enough first up with 60kg, but this is another decent rise in class. She can handle it though.

(7) Samoot was dominant first up but never really got into the race last start. Apprentice goes on from the inside draw here so expect a more positive ride.

(8) Sibaaq is an interesting runner first up in Australia for Annabel Neasham and Tommy Berry.

(19) Two Up will run its usual honest race if he gains a start.