Trent Crebbin provides his list of horses to follow and horses to sack out of Moonee Valley and Mornington this past weekend. 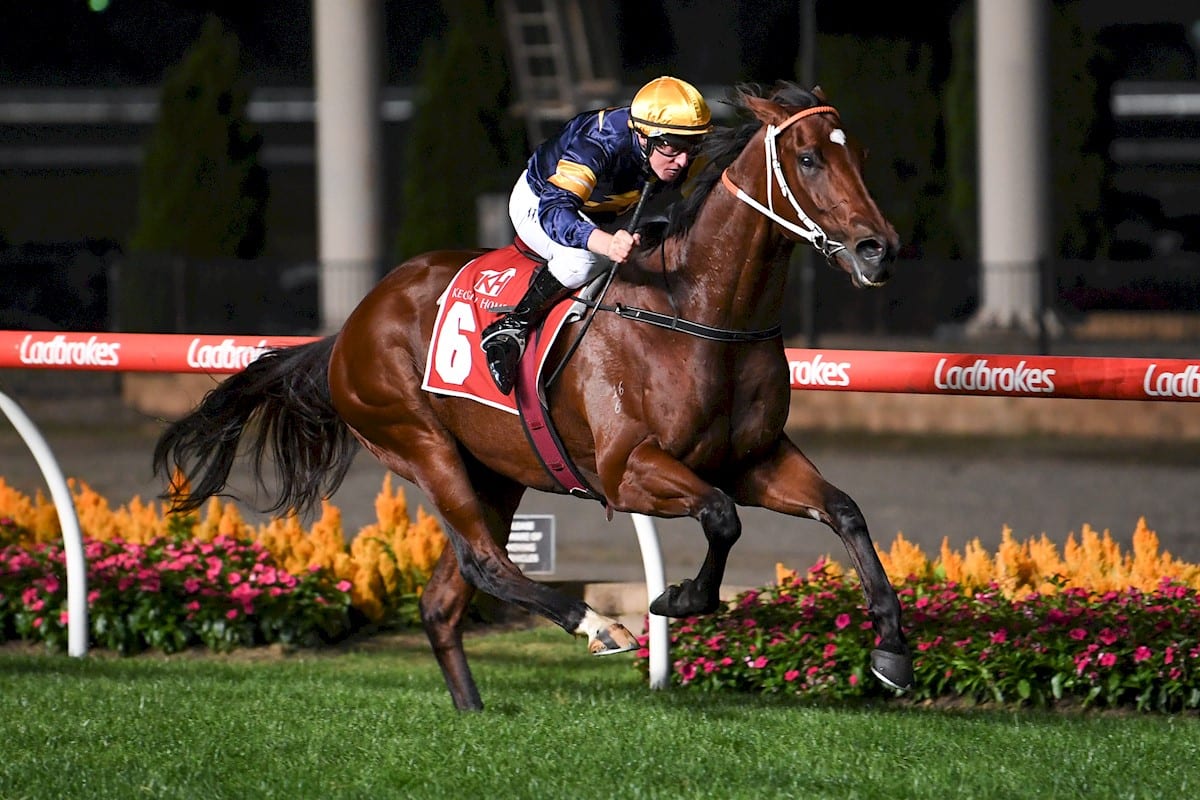 Racing in Sydney was abandoned on Saturday due to the extreme wet weather, but we still had Group 1 racing in Melbourne at Moonee Valley on Friday night, followed by Mornington Cup day on Saturday.

Trent Crebbin provides his list of horses to follow and horses to sack out of both meetings below.

Definite advantage to be rails in run and close to the lead. Forgive horses trying to come from off the speed out wide.

Crystal Bound (R1) – As it turns out she was clearly suited by the track pattern but that aside, she still would’ve blitzed them, leading all the way and winning by 6L. Looks a talented sprinter and if she goes to a stakes race next start she’ll be very hard to beat again.

Rights Of Man (R2) – Missed the start and settled last which is not really his pattern. Ran on well and can be followed as he continues to learn his craft, because he’s still very green. Will make a good horse next prep.

Grand De Flora (R6) – Had her as a horse to follow after a good run first up and she was huge tonight. Could be a moral next start if she finds a similar mare’s race, especially on wet ground.

Marabi (R8) – A touch tradesman like but she’s clearly very good, although pricing will obviously be an issue given her profile.

William Reid – Masked Crusader very impressive but got the perfect run in the best ground. Would follow in an All Aged but not sure he’s quite up to the likes of Nature Strip in a TJ Smith. Libertini ran very well when covering ground but needs a dry track to show her best which she might not find in Sydney. September Run proved the Newmarket failure was just a bad day- she’s gone huge from the back but I’d expect she probably spells now.

Muntaseera (R3) – Just don’t think she’s that good. Was okay late first up when heavily backed against Fabergino but drifted on Friday and whilst she wasn’t suited by the pattern, she was still a touch plain. Definitely don’t think she’s group class, can run well in listed grade.

Generally an advantage to be closer to the lead, but the wind did play a part especially early in the day with many jockeys looking for cover. Overall the track raced fairly typically and with the right race shape you could win from anywhere.

Let’s Karaka Deel (R6) – A bit sick for backers given he started $9 and went down by a nose but he was first up off a fairly long break at 1500m and was only run down by a horse who is WFA group 1 placed in Dom To Shoot. Not sure what his targets are but he’s always shown stacks of ability and has come back well.

Black Penn (R6) – Also loved the run of Black Penn in the guineas. Got into a sticky spot back in the field but ran home in similar splits to the winner. He was coming out of maiden grade and is clearly up to this level. If he finds a similar race he can win.

Flandersrain (R9) – Building a very solid record, was solid last start when starting dominant favourite in a fairly strong race and backed it up with a good win here, with a big gap back to 3rd. Think she can make listed grade over 1600m with her adaptable racing pattern.

Confrontational (R6) – Looked incredibly one paced and needs way more ground. Until he shows something over 2000m+ he’s one to steer clear of.

Cup horses – That Australian Cup form line with the likes of Defibrillate, Chapada, Nonconformist is just a bit average. The winner Mount Popa was far too good even with the easiest run ever, but it was just a case of the different form proving stronger than the even bunch who have been in blanket finishes all prep. I’d be wary of anything coming from Sydney to try and raid some of these races.