Connect with us
Ipswich (10 Races)

Tim Geers and Trent Crebbin list their horses to follow and sack from the weekend’s feature meetings at Gosford and Morphettville. 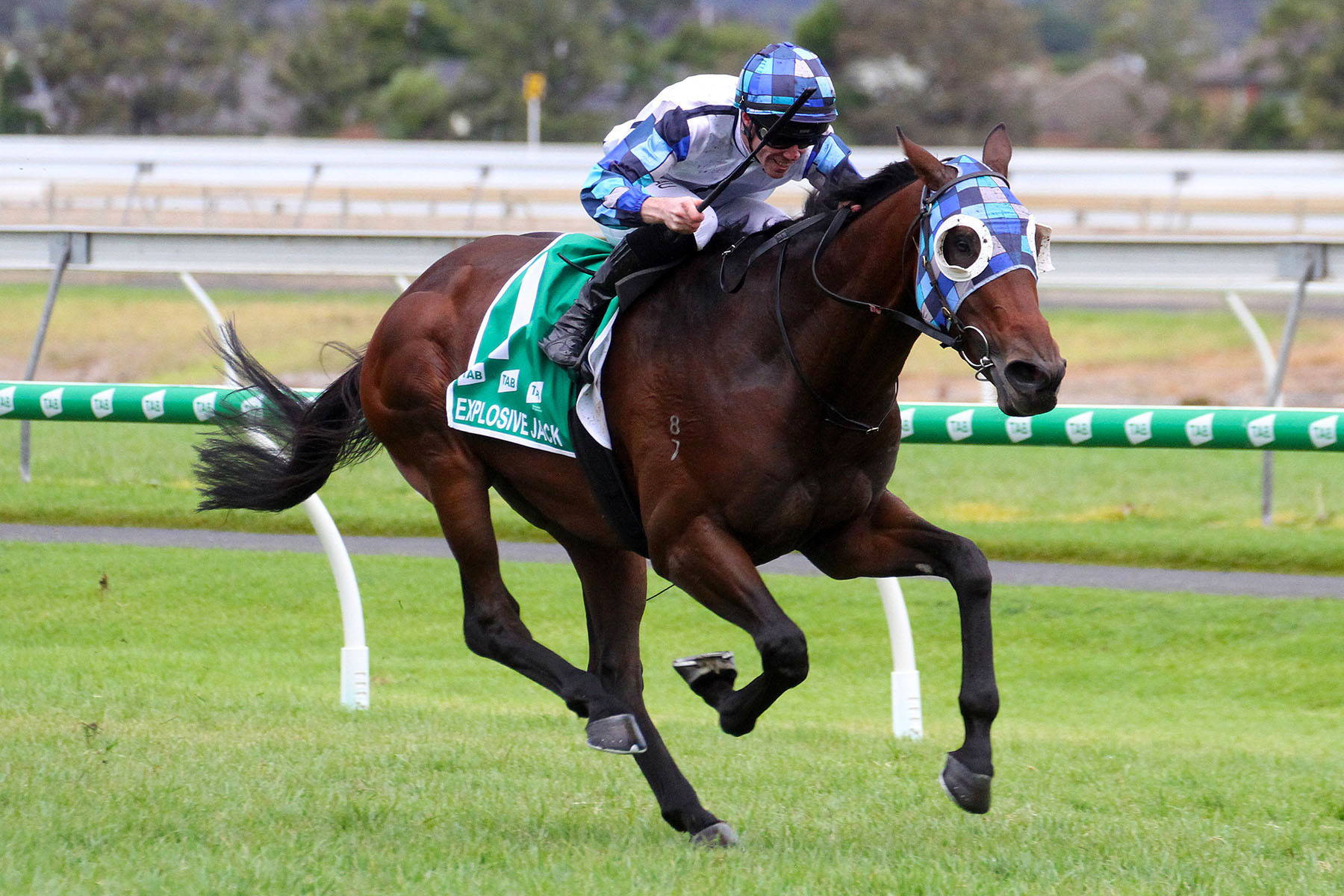 It was another big weekend of feature racing in Australia, headlined by Explosive Jack notching up his third Derby win in Saturday’s South Australian edition at Morphettville. That victory added to his wins in the Tasmanian Derby and Australian Derby earlier this campaign, and he may well head to Queensland in an attempt to make it four.

In New South Wales, it was Brandenburg who took out the inaugural running of the $500,000 The Coast at Gosford. Enchanted Heart justified heavy support in the Takeover Target Stakes, while the Chris Waller-trained Polly Grey was too good in the Gosford Gold Cup.

Tim Geers and Trent Crebbin review the meetings at Gosford and Morphettville and list their horses to follow and forget from each meeting.

Let’s Karaka Deel – He just looks like a horse with so much furnishing to do. He was 1600-1800-2500m on Saturday and has clearly beaten 3rd, only beaten by a very handy 3yo stayer who has the miles in the legs. It’s hard to see him turning the tables on Explosive Jack in a QLD Derby, although he should be at peak fitness 4th up. Given another spell, he’ll turn into a very handy horse.

Cherry Tortoni – Payne said post-race that he now does believe this horse’s best distance is 1600m, and it’s hard to argue looking at his record. He did what he needed to do here and did it easily, but his 1600m form is far better than his 2000m+ form. Kept to the mile, I still think he’s up there with the better 3yo’s we have (which admittedly aren’t a great bunch).

Redwood Shadow (Caulfield) – Probably didn’t have the platform for such a brutally run race, and I think he’s more of a momentum horse so getting stuck on the rail and racing tight didn’t help. Get him back to Flemington next start in a similar race and he’ll be winning, I’ve got very little doubt about that.

Octane – No idea what’s happened but he just hasn’t come up this prep. I could maybe forgive the first up run but both runs since have been awful. At his best I think he’s a very handy 1000/1100m horse but he’s unbackable this prep.

Appalachian – No doubt he can reel off a strong last sectional, but he keeps going around at horrible unders given his racing pattern. He hasn’t started double figures since his debut (which he won) and made no impression at $3.20 on Saturday. He’ll win races, but he’s rarely a betting proposition.

Personal – Perhaps a bit harsh but she’ll spell now and has had 14 starts, including racing in a Blue Diamond, a Golden Slipper, a 1000 Guineas, a VRC Oaks, a Vinery, an SA Oaks and now an SA Derby. She got back on Saturday but was ultimately plain and I think she’ll be a tricky horse to place in the Spring, because she’s not a Cups contender in my opinion. Will be interesting to see if she can come back as a 4yo and make that next step.

Overpass – Made it three wins on the trot in convincing style despite sitting three-wide the trip. Not sure where he goes next but he continues to improve with each start.

Blondeau – Probably the win of the day and the horse to follow out of the whole meeting. It helped that I was on him, but he was absolutely dominant. He’s always promised plenty but has failed to deliver up until now, however this could be the prep that he really goes to the next level. Follow him wherever he goes.

Mr Wong – He was awful first up from a long spell but there was money to suggest he would improve this week, and that he did. He came from last and charged home to finish 3rd. It’s rare I put Highway horses in this list but he’s a horse with a bit of class and can win a Highway soon.

Prince Of Arragon – Got all the favours and was presented with a dream inside run at the top of the straight, but it’s hard not to like what he’s done in his two starts this prep. Up until Saturday, he’d never gone that well on soft ground, but he was dominant on a soft 7 at Gosford, which indicates he has come back better than ever.

Parry Sound – Should have won in my opinion. He carried top weight, took off mid-race, then wobbled around the turn and was only run down very late to be beaten 0.3L. Senior rider on next start and he’ll take some beating.

High Opinion – Slightly less confident following this nine-year-old, but he’s ready to win. His run coming from the back of the field on the weekend was very good.

Wu Gok – Should be ready now. He improved as expected second up on the wet ground, and that will top him off nicely for next start if they can find a suitable race on rain-affected ground.

Brutality – We cashed in with Brandenburg in The Coast (that horse was in our horses to follow two weeks ago), but the run of Brutality in defeat was huge. He settled last and took some time getting clear at the turn, before coming widest in the straight to be beaten 0.6L. He was only second up there and he can be followed with a bit of confidence. Jockey change next start would be ideal.

April Rain – The fact she couldn’t get past Stellar Pauline was a bit agonizing, but I doubt she lost many admirers in defeat. From all reports, she was a bit fat and sweaty pre-race, and she had to come from last with 60kg at her first run back. She’ll improve plenty and will be hard to beat wherever she lines up this campaign.

My Swashbuckler – Won a Class 1 & Maiden Plate at Gosford two starts ago before starting $5.50 on the weekend, which I thought was quite remarkable. Happy to take him on in town if he starts that price again.

Selica – Always thereabouts in the market but just never wins. She’s now won just two of her 20 starts and finished 27L last on the weekend. You’ think it might be time for a spell given she’s now had nine starts this prep, and she’s started single figures in six of those.

Signore Fox – They set him to win first up and that he did, but he hasn’t run at the same level in his two starts since. He’s rarely far away but if he’s starting $5-$6 going forward, I’d be happy to oppose him again.

Wheelhouse – Probably heads for a spell now. He was well-backed in The Coast, starting $4.40 favourite, but he was well beaten and raced well below par.