Tim Geers and Trent Crebbin review the weekend’s action at Moonee Valley, Sandown and Rosehill with horses to follow and sack. 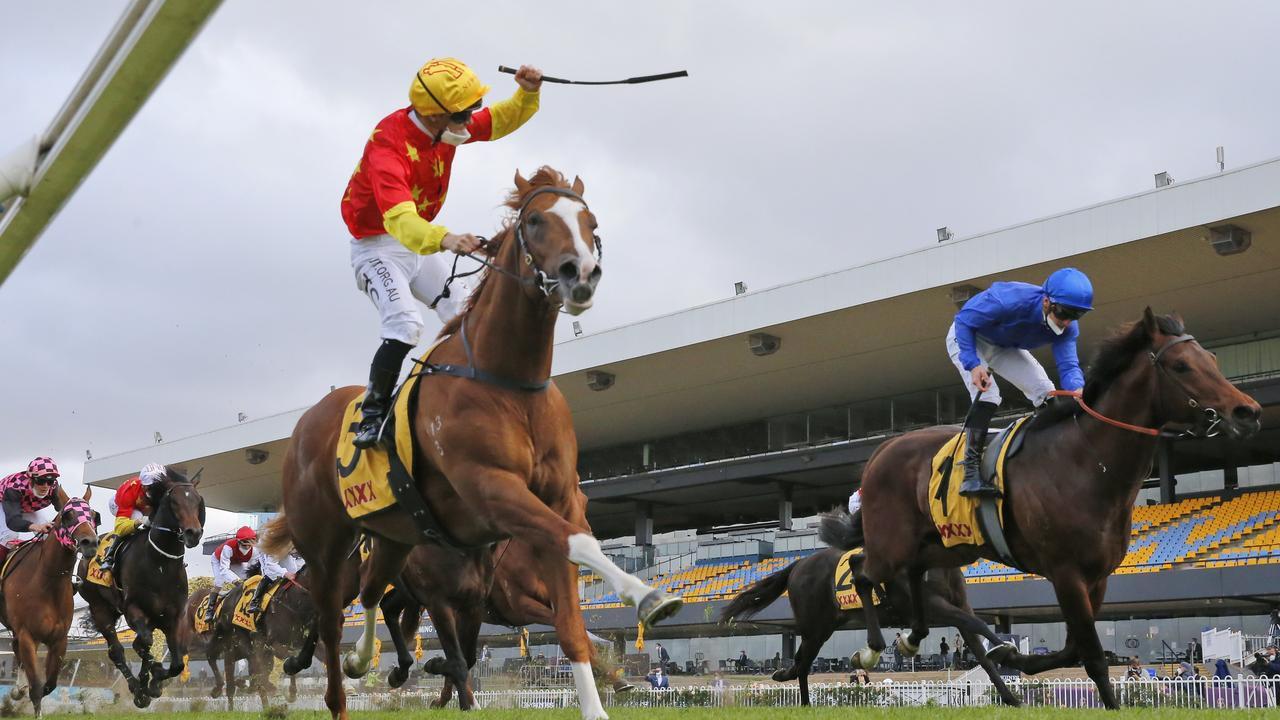 It was a big weekend of horse racing around Australia, with Group 1 racing in both Melbourne and Sydney spanning two days.

The Moir Stakes kicked off the weekend at Moonee Valley on Friday night, with Wild Ruler and The Inferno both sealing Everest slots with their efforts. The Underwood Stakes followed at Sandown on Saturday, with Cox Plate favourite Zaaki barely getting out of a track gallop. And the Golden Rose was a big talking point on a controversial Rosehill track, with In The Congo clinging on from raging favourite Anamoe after setting a brutal tempo.

Tim Geers and Trent Crebbin review the weekend’s action and highlight their horses to follow and horses to sack below.

Lombardo (R2)- Always been a favourite of mine but his last two wins have seen him live up to his potential. He got the right run here but was absolutely dominant beating a good field by 4L. The blinkers have done the trick and unless he races in Group 1 company (the Manikato has been mentioned) he’ll just win again next start.

Forgot You (R3)- I don’t think he can win the Caulfield Guineas, which is between Anamoe and Artorius, but the Derby, which is apparently on the cards, is almost his to lose at this early stage. He’s crying out for more ground but his last 200m in two 1600m runs has been outstanding, and the Derby trial on Wednesday looked a fairly low race.

Quantum Mechanic (R8)- She was a bit plain first up but has signalled she’s back to her best with a big run in the Stocks Stakes, coming from a long way back to grab 3rd. Whether she can win an Empire Rose I don’t know, but she’s proven she’s up to Group 2 class at least and can win a nice race.

Sandy Prince (R3)- Had him as my best of the night and couldn’t make too many excuses for him. I think he raced flat coming out of such a brutal race last start, and that looks an end of prep run.

Meteorite (R5)- His one 955m win looks more and more of a performance illusion every time he races. He’s been okay in some runs since that win last season, but had every chance here and was poor.

Entriviere (R7) – Undoubtedly one of the runs of the day here from the Kiwi mare. It was the first time in her career that she had finished out of the top two, but she lost no admirers in doing so. She went into the race in season which was a query, and as it turned out, she had plenty against her with the way the track played. Drew 12, went back, came wide and was beaten less than a length with the race taken out by the leader. She overcame a lameness issue prior to her first up run, she nearly overcame being in season and a heavily biased track on Saturday, so when things do go her way, look out.

Artorius (R8) – Most of the talk after the race was about Anamoe, but don’t look past the run of Artorius who was set a monumental task from where he was at the 400m mark. They ran along at a blistering speed in the Golden Rose and close to the rail was the place to be all day. This colt was forced about 10-wide in the straight, had to dodge a horse falling back in his lap at the 300m, and produced some exceptional closing splits to be beaten 1.88L. A fascinating rematch awaits if he meets the likes of Anamoe in the Caulfield Guineas.

In The Congo says catch me if you can in the Group 1 Golden Rose!

Kiku (R10) – A slightly more hidden run was that of Kiku in the final event, though plenty would have noticed it given she started $5.50. She won three of her four starts last preparation and her run on Saturday suggests she’s returned in good order. She was strung up in traffic for the majority of the straight, with JMac having to try and duck and dive back to the superior ground, but she just never really got full momentum. I thought she closed off well but the race was all over. Can be followed going forward this prep.

Imaging (R6) – One of the bigger flops on the day was Imaging in the Shannon Stakes. The money came for the him even before the track pattern emerged, as it looked a very suitable race. Once the rail proved to be the superior place to be, punters continued to step in, sending him off the $2.70 favourite. He loomed into the race, got off heels at the right time and just didn’t let down as expected. His run of outs now stands at 14 and while there are definitely a couple of hard luck stories in there, he’s quickly running out of chances.

Academy (R10) – Somewhat tough to sack a horse who was beaten a length, but he had absolutely every chance from the inside draw on the weekend. He only just got past Promotions who led and I struggle to see him getting a better chance to win, this prep anyway.

Embolism (R2)- Nice return from this talented horse, who has been gelded since last prep where he wasn’t far off some good 3yo’s. He raced wide on speed and gave a good kick, holding onto 3rd in an encouraging performance. Next start between 1400-1600m in similar grade he can be winning.

Taunting (R3)- Excuses could be made for the first up failure but he had every chance sitting outside the leader, which is how he raced best in Adelaide, and he faded quite badly late.

Dr Drill (R7)- Had every chance here and was flat out bad. I thought he set up well at 1800m with a winnable weight but he couldn’t get close to stablemate Floating Artist and hasn’t won in a long time.

Ironclad (R8)- Alarm bells were there first up after finishing a long way off them and pulling up lame, and he’s finished well down the track again here. Don’t think he’s come up at all this prep and must be avoided.