The Mackinnon Stakes is the final Group 1 of the Flemington carnival and Trent Crebbin has analysed every runner in the race. 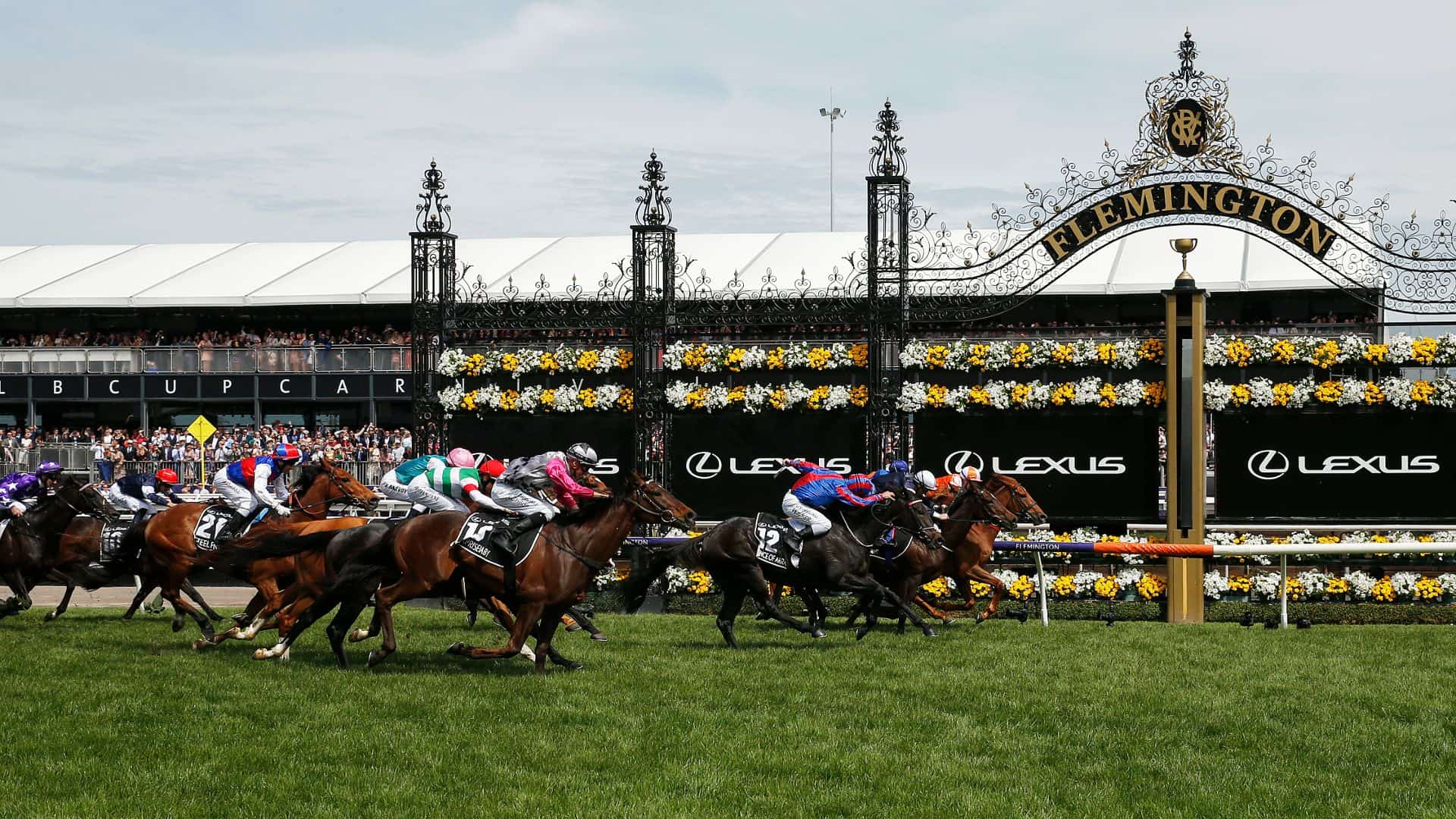 The Mackinnon Stakes is the last Group 1 of the Flemington carnival over 2000m at weight-for-age and it’s a quality field of 10.

Trent Crebbin has analysed the chances of every runner in the field and provided his thoughts, speed map and betting strategy below.

Homesman should lead comfortably from barrier 1 with Zaaki outside him ensuring they go a decent gallop. Mo’unga and Dalasan should find the next pair and then it gets a bit messier. I think they’ll use the barrier with Colette and potentially Private Eye up to 2000m with Nash on, but he might go back and conserve energy to run the trip. The others all find their spot towards the rear.

Can’t see him winning. He’s a tough old gelding but is definitely past his prime and would need to be in it to win this. The run with 60kg in the JRA Cup was very good giving Secret Blaze 6kg but this is much harder, and it’s well documented that Zaaki wasn’t at his best in the Might And Power, yet still beat Homesman home. I don’t think he really stayed the 2400m in the Caulfield Cup so back to 2000m helps and he maps to control the speed but I can’t see him holding them off.

Interesting to see him at 2000m for the first time after being such a consistent 1600m horse. He was given a great ride in the Cantala but Superstorm just got him on the line. He does meet that horse 1.5kg better at the weights but I thought he was starting to run on empty the last 50m in the Cantala, running the 5th fastest last 200m after the best 1000-600m split. Happy enough to oppose at 2000m WFA.

Keen to see him back out to 2000m at Flemington, which I believe will be his ideal track and distance. He’s had one go here in a Turnbull where he was 1400m up to 2000m and not suited but still only finished 2L off Verry Elleegant in a bunched finish. The win in the Cantala was good, given an elite ride by Olly, who is suspended here so Currie takes over. Go back to the Underwood at 1800m and he was clearly no match for Zaaki, beaten 3.8L, but a faster tempo would suit and Flemington should too. Definitely a place chance.

We’re getting a very backable price about what is the best horse in the race at his best. The Underwood win was solid but not that of an elite horse that his Doomben Cup win showed he was, but he still gapped Superstorm. You just have to look at his SP profile to back him here- he’s started $1.28, $1.18, $2.30 (at 1400m 1up) and $1.26 his last four starts, now we’re getting $2.60 at 2000m, with Jmac back on, at Flemington, where he maps to control the tempo from outside the leader and kick clear at the 400m. I can make a case for a handful of runners here but the simple fact is if he turns up at his best, he’ll win, and the price is a luxury.

Thoughts on the win? pic.twitter.com/WTrSOORXkm

He’d be a decent horse if he could jump better or they showed any initiative, because he keeps getting too far back and dictated to by tempo. The Hill Stakes was run at a farcical tempo and he couldn’t get into the race and I would’ve loved to see him in the Cantala or a race with pressure so we can see him finish off. He was good late in the Winx and again in the Makybe Diva without much luck but I can’t see him troubling the big guns off what he’s done so far, and any rain around would be a big query late in the day.

He was brave in the Epsom but put in an uncharacteristically poor run in the Cox Plate, beaten 8.3L. Obviously that’s the best form line you can have but he does come up against Zaaki who was the favourite for the Cox Plate before being scratched. He gets a good map again from a low draw and if they don’t go too fast he won’t be disgraced, but can’t see him winning.

Really solid run in the Cox Plate, finishing 4th. He was the closest to the speed of the first 5 home so the run definitely had merit and with the 2000m run under his belt he might be better suited now. The Moonee Valley track was probably close to a soft 6 by this time and I think the Flemington surface will probably be a bit better depending on the rain, which should suit him. He gets a beautiful map likely 1-1 and if Zaaki is off his game, he’s the one that will be poised to strike ahead of the backmarkers.

I think he’s a definite weak spot in the market. Yes he’s going very well, but he’s never seen 2000m before and he’s also taking on WFA after coming out of restricted races. The Epsom win from last was good but he had 4.5kg less than Mo’unga who he now meets at level weights, and Mo’unga did it tough out wide. The Golden Eagle run was okay, getting a long way back from the gate, but he’d have to have absolutely flown home and been right in the finish for me to consider him here. Can’t get him near the $11.

Took her on in the Empire Rose on a dry track and courtesy of an elite Olly ride she knocked me off. This is obviously harder taking on the boys again, but she was very good before the setback in the Makybe Diva, coming home in the equal fastest last 200m of the race with Mo’unga, beaten just under 3L by that horse. She’d have to improve off that to win this, but she’s back on track and going well. I thought she was short enough, but if we get the rain and get to a soft 6 she definitely has to be considered.

What a ride! Colette takes out the TAB Empire Rose Stakes! And Damien Oliver makes a piece of history with his 124th Group 1 win at the #MelbCupCarnival #DerbyDay pic.twitter.com/6CpqVoCwJh

She was enormous in the Empire Rose and finally gets to 2000m this prep which she’s been crying out for. She ran the fastest last 800/600/400m in the Empire Rosea and covered 12 metres more than Colette who stayed to the inside and found the gaps. Getting out to 2000m on the quick backup is peak Chris Waller and he’s dominated the carnival so far. The query is rain- she wants it as dry as possible and there is rain predicted. We know how well Flemington dries and if there isn’t too much rain just before this race, I think she can run a big race, especially for a place.

Fairly simple race- if Zaaki turns up near his best, he’ll win. He’s a very backable price considering his recent SP’s in Group 1 races, and he gets a lot in his favour with Jmac taking back over who will be able to ensure a good tempo and sustain a big last 600m from outside the lead. Hungry Heart if the track is a soft 5 or better looks primed getting to 2000m on the backup after a huge run in the Empire Rose. Superstorm is another I can’t wait to see at 2000m at Flemington and Mo’unga can’t be discounted off his strong Cox Plate effort. The more I look at this race the more I think Zaaki should be closer to even money.