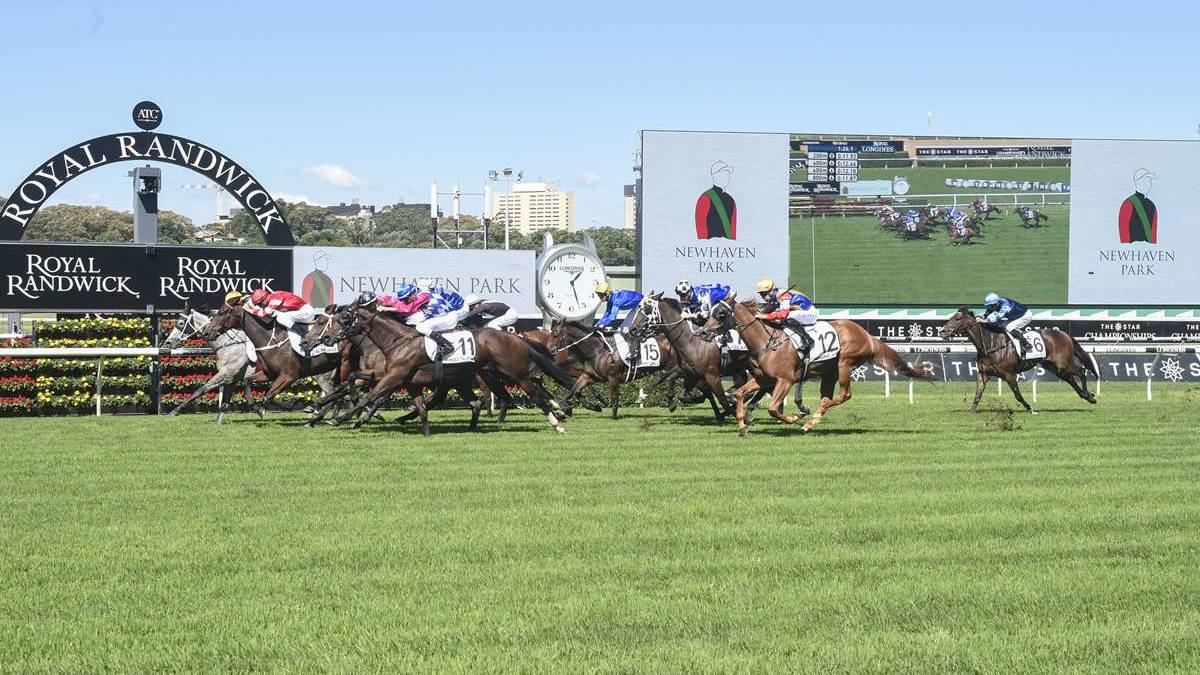 The Listed Carrington Stakes headlines a 10-race card at Randwick on Saturday.

Tim Geers is back from a short spell and returns to the Sydney scene ahead of the Autumn carnival!

He’s previewed all 10 races below with his racing tips, best bets and betting strategy.

Scroll down or create a FREE account to find his Randwick racing tips below!

Nice little three-year-old race to kick things off but not a betting proposition for me.

(4) Silent Impact won his first two starts before encountering a bit of trouble when last seen in the Dulcify Stakes. Has trialled up well twice leading into his reappearance.

(1) Capital Reign has to carry weight, even with the 2kg claim. Has built a good record with four wins from six starts and bolted in to win his recent trial.

Speaking of nice records, (2) Quick Tempo can’t have done any more with five from five to open his career. Steps up to city grade for the first time now.

(5) Flying Crazy next best and Bowman is a notable booking for the Ryan and Alexiou stable.

Two-year-old race with six of the runners on debut, leave me out.

(1) Zambezi River ran 2nd in the Breeder’s Plate behind Sejardan, who then went on to win the Golden Gift at his next start. Looks a good form reference.

(2) Emperor draws of the track here but comes out of that Breeder’s Plate behind Sejardan and Zambezi River.

(14) Wild calm is another that draws off the track but recorded the fastest final 600m in defeat behind Coolangatta on debut in the Gimcrack Stakes.

(4) Northumbira can improve on a disappointing debut where he pulled up with a slow recovery.

You can also leave me out of the Highway with a field of 14 going around.

(16) Fangela is currently first emergency at the time of writing. If he gets a run, I expect him to be very competitive for the Keith Dryden/Nash Rawiller combination. Drawn well, lightly-raced with two wins from four starts and did start $5.00 in a Class 3 Highway at the end of last prep.

(12) Fifty Carats can give some cheek at big odds. Has a very good second up record and just never got into the race as the $2.40 favourite on the Heavy 10 first up.

(7) And We Danced was well backed on Australian debut last start, where she was run down by Arctic Thunder, who she now meets 1kg worse at the weights. Expect her to improve off that run though.

(1) Arctic Thunder hasn’t done much wrong this prep, with two wins from three starts. Had excuses when beaten second up and with the claim, gets in well at the weights.

(3) Majella put in two good runs (including a win) before tackling Group 3 company last start. Back down in grade, can go well at double figure odds.

(1) Brown Thomas might be gone but he has a terrific third up record which interests me here. He’s never won from 12 starts when first or second up, but has three wins from five starts when third up, including a 4L demolition job last prep.

(11) Dream Maiden will be an ugly watch for backers but at $26 at least we’re getting a price for the pain. Changed tactics past two starts to ride her cold and she’s gone much better. No luck at all last start at Canterbury when she never saw daylight. Can win.

A Sydney staying race which Waller has a stranglehold on, you wouldn’t read about it.

(4) Toomuchtobear comes up against a pretty ordinary field here, many of which are badly out of form. Draws the inside to either lead or box seat and gets up to 2000m for the first time this prep with a senior jockey taking over. Looks very hard to beat.

(3) Desert Icon comes to Sydney having run 3rd in Melbourne last start. Third up and up to 2000m looks a good formula for him to go well.

(5) So Wicked was beaten out of sight last start before pulling up with cardiac arrhythmia. Went back to the trials and looked OK and has been backed in early markets, despite failing to beat a runner home in her past two starts. Hmm..

The bandages on for the first time is the only real concern I have with (7) Salina Dreaming here. If she turns up in the same fashion she did first up last prep, she’ll win this. She was absolutely dominant over this distance at Warwick Farm back in March, belting her rivals by 3L. Bowman booked from the inside gate on soft ground are all big ticks.

(8) Nikohli Beagle resumed with a good win on the Kensington track but if the track remains in the soft range I have a query on his suitability to it.

(1) Lancaster Bomber might just need one run before showing his best.

(9) True Detective poses a bit of value here in the Listed Carrington Stakes. He was tough winning first up in a BM88 over 1200m at Rosehill. Coincidentally, last year’s winner of this race (Bandersnatch) was beaten 0.1L in a near-identical race before winning this. Tommy Berry gets on, draws well and is down in the weights. Worth a spec.

(13) Through The Cracks was sound first up in the Christmas Classic at Canterbury. Has three wins from four starts when second up and is undefeated at this distance. Carries no weight so with any luck from the wide gate, will be charging home late.

(6) Looks Like Elvis is flying in Melbourne. Hard to line that form up but the horse is going super.

(2) Purple Sector is knocking on the door and looks primed third up, while (7) Steely has been freshened up for this.

Hard to go past (5) Yiyi who ran 2nd to Kingsheir first up and gets a 5kg swing in the weights today. Hasn’t missed a placing in his last eight starts now and just needs to overcome the wide gate here.

(6) Opacity does tend to improve second and third up and gets the blinkers back on today, so expect some improvement from him.

(8) Kingsheir won well fresh off a short let-up. Bowman takes over from the 3kg apprentice today so has to give significant weight to what it beat last start but he’s a pretty smart horse on his day.

The inside draw will suit (7) Lackeen better today.

(5) Trajection won a BM72 Mares race last start at Warwick Farm and may be able to graduate with a BM78 Saturday race here against the boys. She is unbeaten third up from a spell, has six wins from 10 starts at the distance, and five wins from eight starts on soft ground.

(6) Café Royal sat three-wide on speed first up and battled on well to run 2nd.

(4) Papal Warrior will be ready third up now, while (1) Bring The Ransom and (2) O’mudgee both have claims.