Tim Geers previews the 10-race card at Rosehill on Saturday, headlined by the $7.5million Golden Eagle. 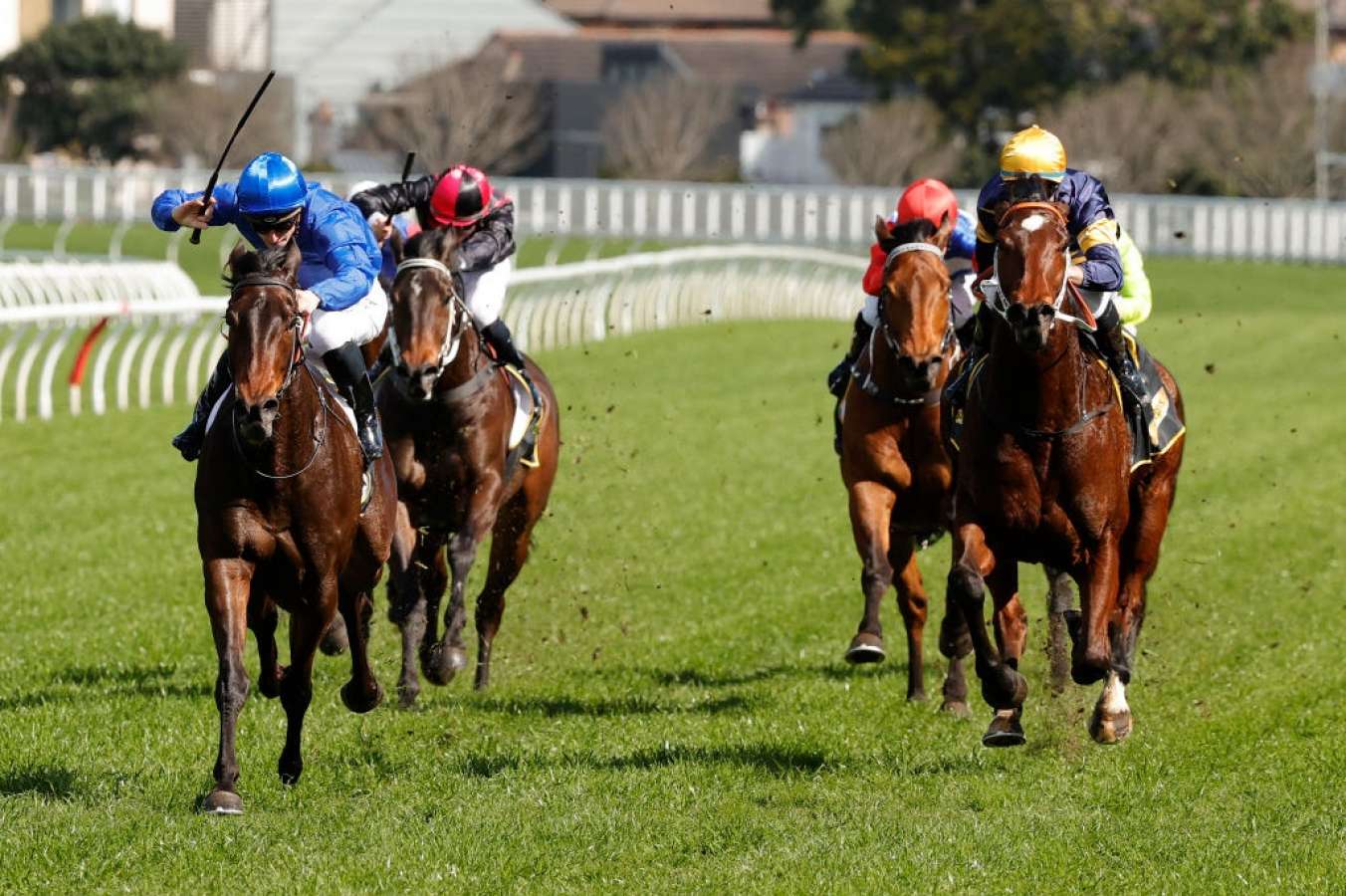 The $7.5million Golden Eagle headlines racing today at Rosehill, alongside the Classique Legend Stakes, the Four Pillars and the Rosehill Gold Cup.

There’s 10 races on the card, with the track rated a Good 4 and the rail in the true position.

Tim Geers has previewed all 10 races below and provided his tips and best bets.

His best bet comes up in Race 6, and his best value bet in Race 3.

Scroll down to find our Rosehill racing tips!

(2) Katalin looks hard to beat on her return to racing from 4 months off. She’s undefeated first up leading into today, including a dominant 3L win first up from more than a year off last preparation. Looks a decent amount of speed on here so she should sit back off that and be strong late.

(3) Selburose continues to run well. She broke through for a win last start after running three consecutive placings. Not sure she’ll be able to lead and dictate today though.

The other Waller horse is (4) Seleque who does look a bit of value at $8.50. She’s never finished out of the top two when first up from a spell and she’s finished top two in four of her five starts at this distance. Tommy Berry booked, drawn well, should run well.

(6) Newsreader has talent but doesn’t always run up to it.

(2) Mightybeel is racing in great form, with back-to-back wins leading into this. She beat Dream Runner last start, who previously beat home Solar Apex, so if you tie that form in together, there’s a case to be made that Mightybeel should be the better chance.

(5) Solar Apex strung together consecutive wins to start the prep, and wasn’t disgraced last start when running 3rd. Sure to be right in the finish but Mightybeel might just be the stronger of the two.

(7) Fortified is ready. He comes here on the quick backup from racing on Wednesday. He was beaten 0.8L on that occasion but there’s a good argument to be made that he should have finished closer. Drops 5kg from that run and I think he’s the value at $8.50.

(6) Blow Dart won over 900m first up at Newcastle and then ran 3rd in a similar Highway to this last start after sitting three-wide the trip. He won third up last prep and with any luck from barrier 10 today, I think he goes close again.

(7) Bellastar is one to include at enormous odds. He’s a $71 chance. He was well beaten first up in the same Highway as Blow Dart, but he just doesn’t go on wet ground. He’s only placed twice from eight starts on rain-affected ground. He ran 2nd second up last preparation and he also ran 2nd in a similar race to this over this distance at Randwick, so with conditions in his favour, I think he’s a blowout chance.

(11) Daralina Belle suffered her first career defeat in four starts last time out when run down at $1.45. She probably threw the race away by running about in the straight. Her most dominant victory came on good ground, where she powered away to score by 4.25L at Scone. The rest of her races have all been on soft or heavy ground. She should get firm ground here and I’ll respect her SP profile as well. Think she’s a big player at $6.50.

(15) Dufresne raced in last weekend’s Bondi Stakes and was only beaten 2.5L by Hilal. Drops to 51.5kg today with the claim and should find this a much easier race. Have to be with at $7.50.

(4) Different Strokes draws the inside with Bowman sticking with after bringing up his third career win from six starts last time out. He’s the horse to beat.

(6) Highly Desired worth including at double figure odds.

Particularly intriguing to see how (1) Gold Trip goes here, a week on from failing the vet tests in Victoria for the Cox Plate. He’s been passed fit by RacingNSW vets ($1.01 pop lobbed) and takes his place in a Rosehill Gold Cup – a far cry from a Cox Plate. If he is anywhere near his best, he goes awfully close in this, but the obvious concern is that lameness issue as well as the fact he gives all bar one runner at least 4.5kg in the weights.

(2) Think It Over is the other horse to carry 61kg here, giving significant weight to all bar Gold Trip. He’s flying this horse, winning three of his five starts this preparation. There’s a fair case to be made that he should almost be undefeated this prep – he had no luck first up in the Winx Stakes and then sat three-wide the trip when running 3rd in the George Main.

(6) Sky Lab is going well and finds a suitable race. He ran 2nd to Think It Over last start and now meets him 4kg better at the weights.

(8) Rock drops out of Group 1 company and can feature.

Making my boy (2) Masked Crusader my best bet of the day here. His run in The Everest was absolutely enormous after bombing the start by 3L. That’s becoming a bad problem for him and makes it harder for him to win than it should be, but there’s no denying how big his engine is. There’s the obvious query that The Everest was his grand final and now he’s buttering up again, but he meets many horses he gave windburn to last start and if he jumps with them at all, he should be winning.

(1) Eduardo was also a big run in The Everest, but his credentials at 1300m must be questioned.

(3) Gytrash started single figures in The Everest and was too bad to be true, but now he’s double that price which seems an overreaction.

(6) I Am Superman is a blowout chance, while (16) Libertini will appreciate firm ground.

The Golden Eagle isn’t an easy one to work out.

I’m being very forgiving of (11) Count De Rupee who I was on in the Silver Eagle. His run in defeat was nothing short of extraordinary. He sat wide without cover all race, and then got absolutely skittled on the turn as a result of the leader breaking down. He got sent sideways when he was hitting top hear, yet somehow still picked up to run home strongly into 3rd, beaten 0.6L. He was a good thing beat. He will need some luck from the draw but I think he’s going super and has been overlooked here.

(2) I’m Thunderstruck should have won the Sir Rupert Clarke two starts ago, but atoned for that with victory in the G1 Toorak Handicap last start. He now has five wins from eight starts. Gets a perfect draw here with Bowman booked and there’s plenty to like. He’s the horse to beat.

(1) Private Eye produced a huge finish to win the Epsom Handicap last start. He carried 52.5kg there but carries 57.5kg today, so he’ll have to meet them at level weights as opposed to being at the bottom of the handicap. Add to that the fact he’s drawn barrier 17, which means he’ll basically be back near last.

(8) Exoboom is peaking at the right time for Team Snowden and represents some value at $27.

(4) On The Lead gets his chance today. He’s becoming a bit of a bridesmaid but things set up well for him here. Two starts ago he sat wide throughout when 2nd to Belluci Babe, and then he bumped into Leo who looks to have returned a very good horse this prep. Draws well, figures in the finish.

(6) Delexo bounced back to winning ways last start after suffering defeat two starts back. I have some queries on the form but it’s obvious the horse is going very well.

(12) Fox Fighter went straight past Delexo two starts ago and now meets it 3.5kg better at the weights? Forget it went around when he didn’t get much luck last start on an unsuitable wet track. Draws the inside and is a longer price than Delexo which seems slightly wrong.

(5) Ma And Pa finds another winnable race. He’s three from three this preparation and looks to get the gun run once again from the inside barrier. Waller has taken out the stablemate so is potentially confident he’s got the winner here.

(1) Equation is in the sack file for me. Struggling to get him near his current $4.40 price, which means he’ll probably win now I’ve put the mocker on him. But he’s yet to show much this preparation.

Gross race to finish off with.

(7) Dancing Gidget should take good improvement off that first up run. Loomed into the race but peaked over the final furlong or so. Had some market support for that race which indicates the horse has come back well but just didn’t fire? Not the worst chance here at $12.

(16) Dynamic Impact comes here fresh with 51.5kg on his back. He didn’t get much luck in his only start in this sort of grade, which was at the end of last prep. Will need a good ride from that gate though.

(4) Zoushack draws horribly with 60kg but is the horse in the best form and rates as the one to beat again.