Tim Geers previews the chances of every runner in the Group 1 Chipping Norton Stakes at Randwick on Saturday. 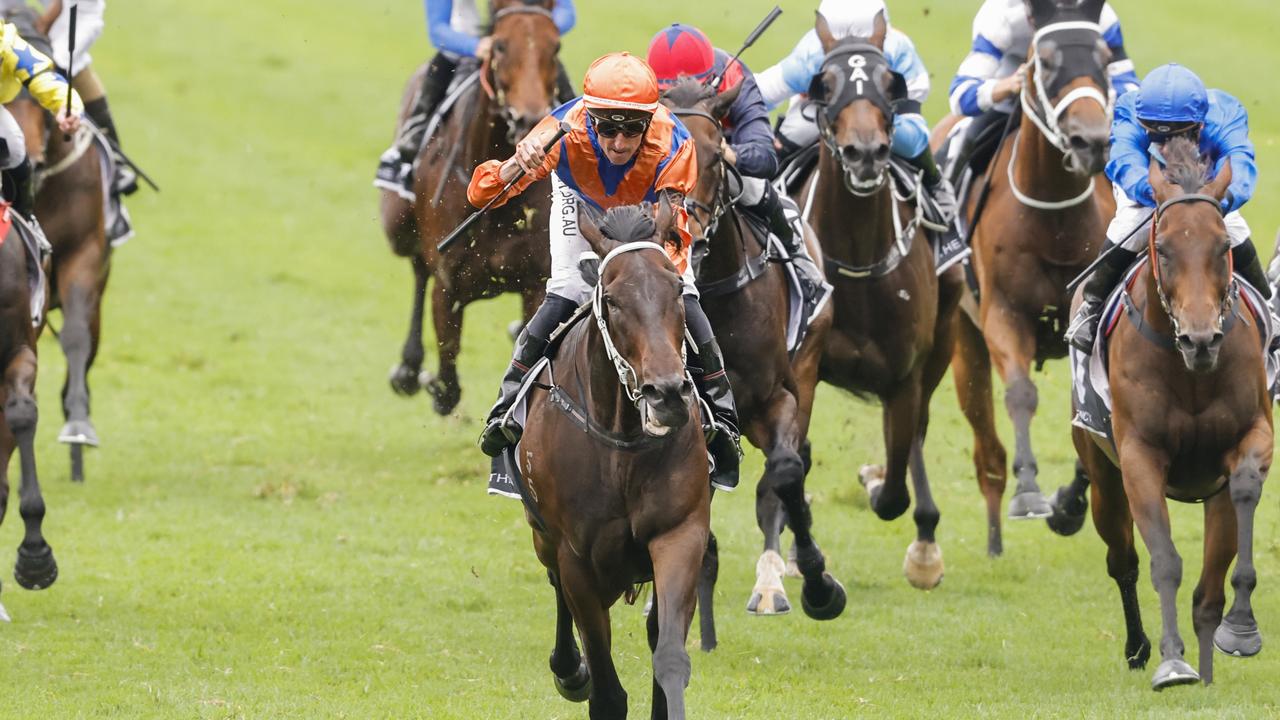 The Chipping Norton Stakes is the first Group 1 in New South Wales in 2022 and launches the Sydney Autumn Carnival which is set to play out over the next two months.

The 1600m feature is one of two Group 1s on the card at Randwick on Saturday and features eight individual Group 1 winners in the field of 13.

With rain forecast all week in Sydney, expect the track to be in the Heavy range with the rail in the true position.

Tim Geers provides his runner-by-runner preview and tips for the Group 1 Chipping Norton Stakes below!

1. Think It Over – Made a real statement first up in the Group 2 Apollo Stakes, bolting in by 2.75L where he met several of his rivals today. He continues to get better as he gets older and given he won four of his five starts following his first up run last prep, there’s every chance he can improve again here. The big query for him has to be the heavy ground, which he is 0/3 on so far in his career.

2. Kolding – Failed to fire a shot in the Apollo Stakes, beating just two home with a 6.65L margin between him and Think It Over. He’s also at his best on firm ground so is likely to be unsuited by the likely heavy ground here.

3. Top Ranked – Real X-factor horse in this race. Won 6/12 in the UK before being imported to Australia, where he debuted in The Hunter. It was a good effort by him to run 3rd there behind Lost And Running. He’s now had a spell and a full preparation here which can only help and we’ve seen Annabel Neasham have success with imported horses already. Top Ranked holds a terrific first up record with five wins from six starts and with his Irish breeding you’d think he’d be suited by the wet track.

4. Mount Popa – Was nowhere near his best in three starts last preparation after winning three of his first five starts in Australia. Interesting to see how he returns here as the stable have their big guns firing at present.

5. Angel Of Truth – Has the ability to produce a good run fresh, as evidenced by his 2nd placing in the G2 PB Lawrence Stakes last prep. He’s yet to trouble the placings from four attempts at this track and distance and is outclassed against this lot, but a top-four finish isn’t out of the realms of possibility.

6. Stockman – Could be worth including in numbers at $31. What he might lack in class, he makes up for in wet-track ability. He’s never finished out of the top two from five attempts on heavy ground. Should bring residual fitness having only raced at the end of December and if he’s ever going to feature in a race of this quality, it would be in these conditions.

7. Maximal – Did himself no favours first up in the Apollo Stakes by overracing. The blinkers come off in an attempt to get him to settle. Would need to improve plenty and quickly.

8. Verry Elleegant – The Melbourne Cup queen was sound first up in the Apollo Stakes, finishing midfield, 4.5L off Think It Over. She got a long way back and ran home well enough and she’ll be much better suited with a good draw second up at the mile. We know she loves rain-affected ground so we can expect sharp improvement from her today.

9. Colette – There are a number of horses suited by the wet track conditions here, but none more so than Colette. She has six wins and a 2nd from eight starts on rain-affected ground, including three wins from as many starts on heavy surfaces. Her run in the Apollo Stakes first up was good. She was well beaten by Think It Over but can turn the tables with today’s conditions.

10. Montefilia – Pulled out a big run first up last prep over track and distance in the Chelmsford Stakes. Hugh Bowman elects to ride Top Ranked instead of her here and while she’s not without a hope of running a drum here, she’ll definitely be better suited over further.

11. Hungry Heart – The massive negative for her is the wet track which she simply doesn’t perform on. Her run for 4th in the Apollo Stakes was good but she’s placed on just one occasion from five starts on rain-affected ground so look for her over further and back on a Good track.

12. She’s Ideel – Couldn’t get near them in the Apollo Stakes first up, which was a trip well short of her best. The blinkers are reapplied here in an attempt to get her to travel in the first half of the race, and she does race well on rain-affected ground, but she would need to improve sharply.

13. Duais – Not terrible first up in the Apollo but is another one looking for more ground than this.

I’m siding with (9) Colette to turn the tables here on her favourite surface. She’s an outstanding wet tracker and up to the mile second up on a heavy deck sees her tick plenty of boxes. (1) Think It Over was dominant first up in the Apollo Stakes and looks to have returned in career best form, which is ominous given he won four races last prep. (8) Verry Eleegant is much better suited here second up at the mile from a good draw on a wet track. She can never be counted out of a race like this, while (3) Top Ranked and (6) Stockman loom as the best roughies.