Tim Geers and Trent Crebbin deliver their horses to follow and sack from Flemington, Randwick and Belmont on the weekend. 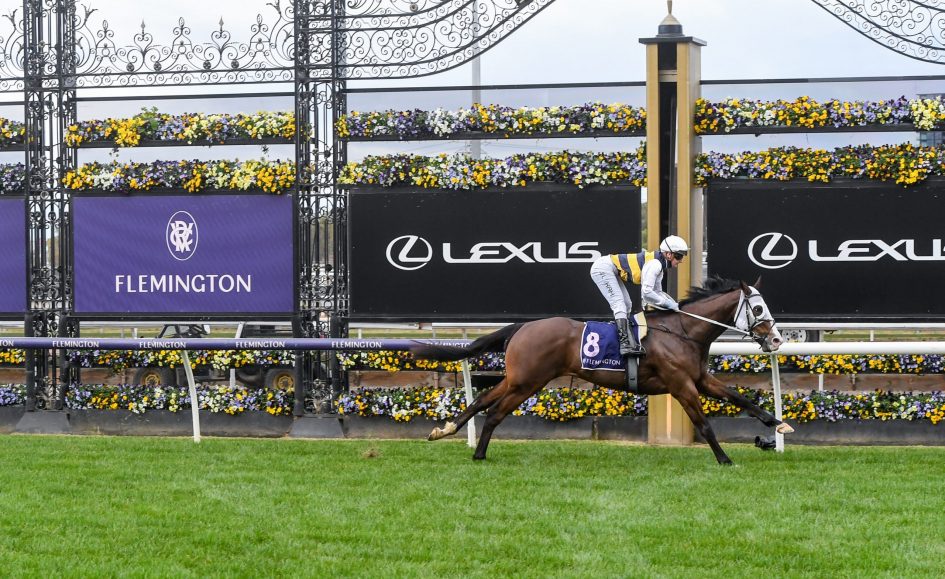 The highlight of racing in Melbourne was the demolition job from the talented I’m Thunderstruck at Flemington on Saturday, belting his rivals by 4L to make it three wins from five starts. We preferred the win of Yulong Storm though, saluting at huge odds of $41 for our Melbourne tipster!

In Sydney, it was wet once again at Randwick for a fairly stock-standard winter card. The win of La Chevalee united punters around the country, with the Maher/Eustace mare breaking through for a deserved win courtesy of a perfect ride from Tim Clark.

Speaking of wet conditions, Perth has copped plenty of rain in the past few weeks, with Belmont trying to hold together for two meetings per week. The rail moved back to the true position which was fresh ground, and proved to be by far the superior place to be in the straight, with four leaders winning and a further two coming from box seat behind the leader.

Tim Geers and Trent Crebbin review all of Saturday’s racing from Flemington, Randwick and Belmont, listing their horses to follow and horses to sack.

I’m Thunderstruck (R2) – No shock here. I’ve liked this horse since his debut and he put up a huge performance on Saturday, settling back and destroying a good 3yo field. His last 400/200m were the fastest of the meeting and he still does things wrong. By Shocking, and just the way he charges through the line, I’d expect this horse to get over 2000m in time, and at the moment he’s probably in the top 3 3yo males in the country (the others being Ayrton and Mo’unga). The Golden Eagle has been touted as a logical target and what a race that would be.

The sky is the limit for I'm Thunderstruck ⚡ pic.twitter.com/hXkTW4QbU3

Tuvalu (R2) – Beaten by a potential star but I thought he ran very well. He was held up in the straight but I loved his last 100m through the line after looking like he’d miss a place at the 200m mark. The market was against, and I think he’ll come on from that in a big way. Keen to follow 2nd and 3rd up, provided he doesn’t meet I’m Thunderstruck again.

Spaceboy (R7) – Had to carry 61kg and concede 7.5kg to the winner who was probably in the better ground out wider. I’d love to see him at Caulfield or The Valley in an open handicap where he’d drop in weight, ideally on a wet track, and be too quick. Similar sort of story to Malkovich, although he doesn’t have nearly as good a record.

The Awesome Son (R9) – The half-brother to The Autumn Sun, I think both career runs have been very good without winning. They threw him in the deep end on Saturday and he was only beaten 1.6L in a Saturday 3yo handicap, running the race fastest last 200m. He’d be an absolute moral in a maiden anywhere in Australia, but I think he can win a decent race and looks like 2000m will suit.

Kinane (R6) – Pulled up with EIPH so you could forgive this effort, but the first up run was barely a pass mark, and I’m just not sure he’s ever going to get back to anywhere near the heights of his 3yo days.

Fine Dane (R7) – He did start $21 so a big run was hardly expected, but his best run is usually first up and he was awful. Hasn’t done anything in a while and his heart might not be in it anymore.

Super Effort (R3) – Bolted in first up and probably should have won again on the weekend but was terribly held up in the straight. Had to zig and zag and when it eventually got to the outside it hit the line very strongly. Follow with confidence.

Diamonds’n’stones (R3) – Thought it was a decent return from this horse over an unsuitable distance. Needs the mile and had to do some work early to sit outside the leader first up, so the effort to stick on for 4th was a decent one.

Yardstick (R3) – Backed up two winning trials with two ordinary runs this prep. The wet track can’t really be used as an excuse either given he’s never won on a good track.

Wander (R6) – Straight from the follow file to the sack book for Wander, who was super first up and dreadful on the weekend. His best runs of his prep are normally his first two, so it’s hard to see him improving drastically at his next start.

Steel Diamond (R9) – Had enough chances with me now. I made excuses for her two runs back when she was back in the field in a slowly-run race, but there was no such excuse on the weekend.

Playing Marika (R6) – Travelled into the race beautifully but just didn’t let down on the bog track, in the worst ground. The rail was fire throughout the meeting so the run in defeat wasn’t too bad at all.

Brooklyn Pier (R7) – Sat three-wide the trip on speed and was away from the rail in the straight, but stuck on really well and was only beaten by two horses that came up on his inside in the best part of the straight.

Sketta (R7) – Got blessed with a run up the rail, which was the best part of the track, but her run in defeat had plenty of merit and continued her rich run of form. Can continue to go close next start.

Rocky Path (R8) – One of the best runs of the day, coming from last and very wide in the straight, making ground into 3rd on a day that you needed to be glued to the rail.

Picture Perfect (R9) – Good return from this gelding, who was first up since January. Likely to need to get up to 2000m plus to show his absolute best, but he was held up for most of the final 200m and made ground nicely late under little pressure.

Comes A Time (R3) – Was only beaten a nose and hasn’t been far away all prep, but finds ways to lose. The horse on her inside was in the best part of the track but it was also first up and vulnerable and she still couldn’t get past it. Not sure just how genuine the horse is.